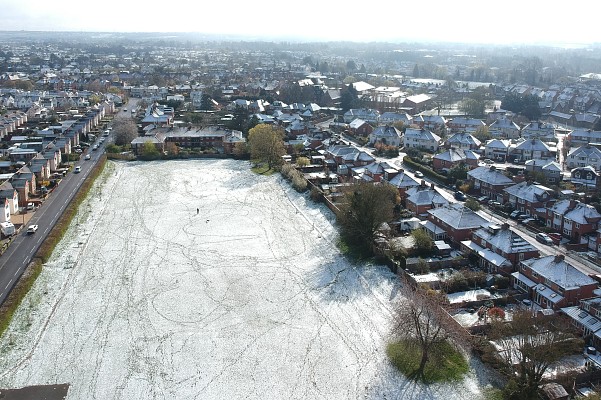 Daniel took some aerial shots of the snow yesterday over the Boxhill Park Recreation Ground, with the Workhouse Estate to the right. 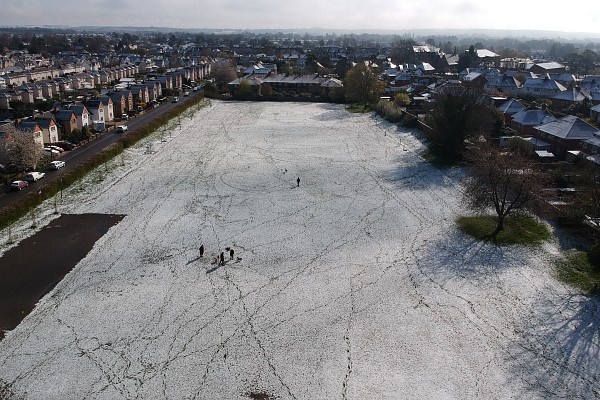 The pictures allows us to study the paths of the dog walkers. 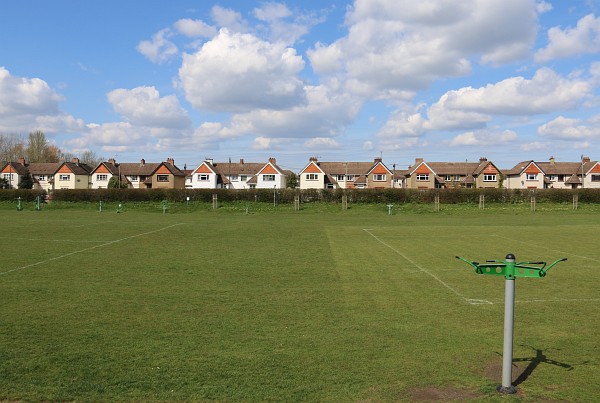 Today I walked round the same recreation park, in the sun. In this picture Boxhill Road is in front, and the Workhouse Estate behind. 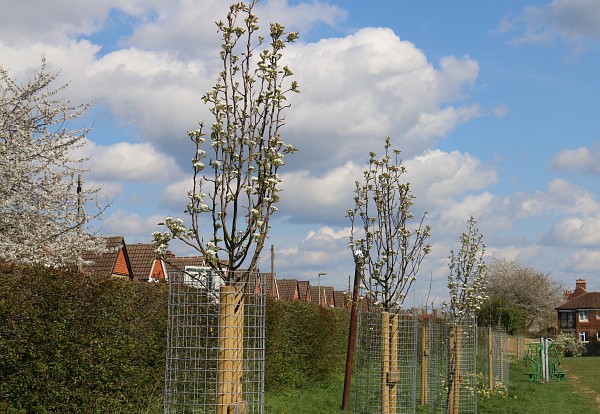 Beside Boxhill Road, a new line of fruit trees were added last autumn to replace some cherry trees that were thought to be diseased. There are apple trees (of various varieties), pear trees (Conference) and plum trees (Victoria). The pear trees (shown above) and plum trees are in full blossom. 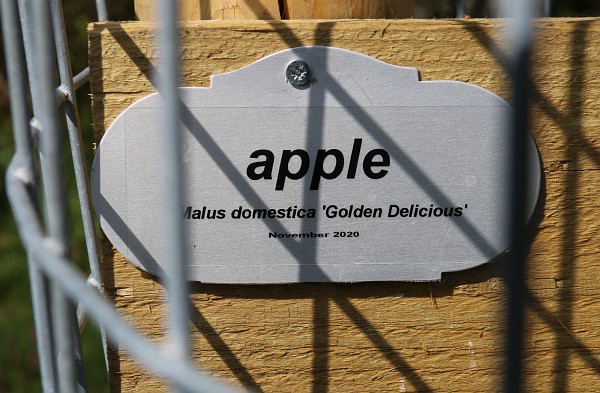 It is easy for a non-expert to tell them apart thanks to the descriptive labels. 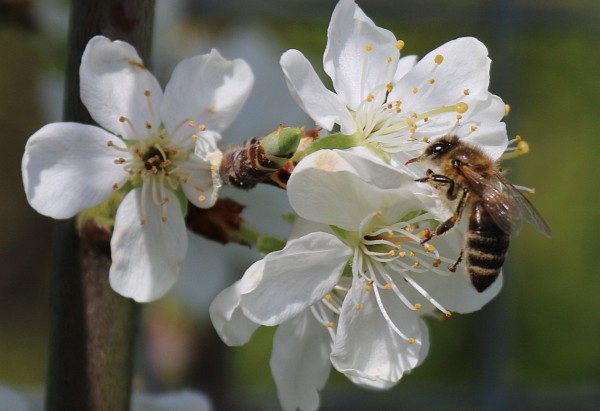 It does not appear, at this stage, that the blossom has suffered from the snowfall. This is plum blossom. 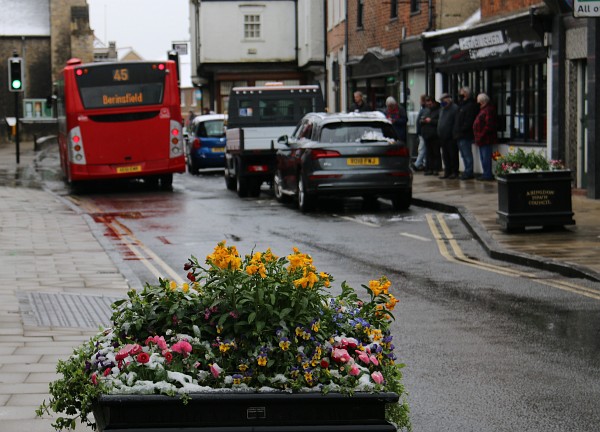 Just before 9 am this morning some barbers were already busy. Queues had formed outside those yet to re-open. 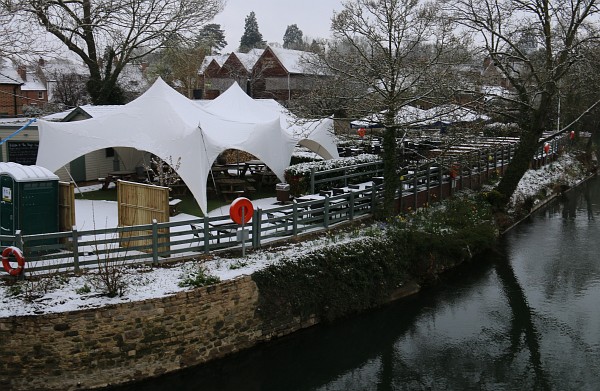 Pubs with gardens, like the Nags Head, were all prepared and have been taking bookings. 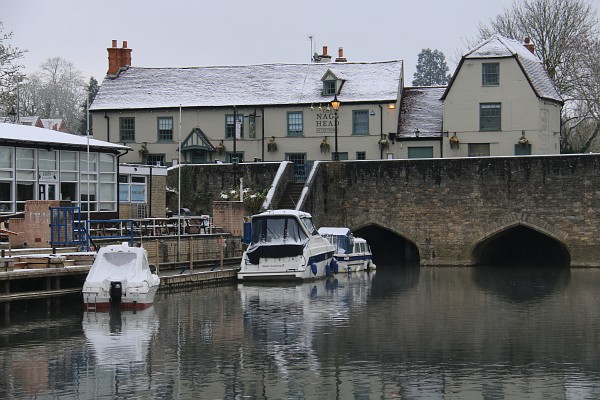 Pubs, non-essential shops, hairdressers, indoor gyms, and nail salons can all re-open from today under the easing of Covid lockdown restrictions. 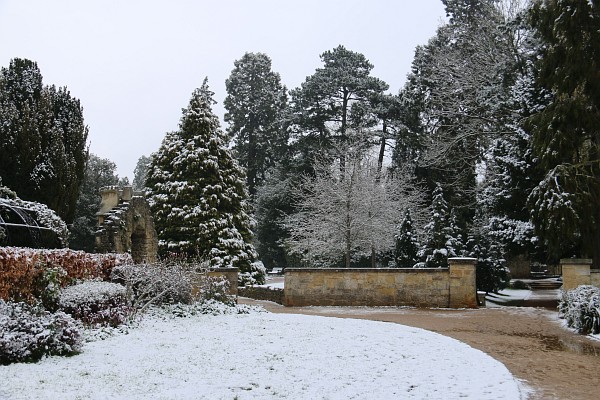 Snow had been forecast but it was still a surprise to see it mid-April. 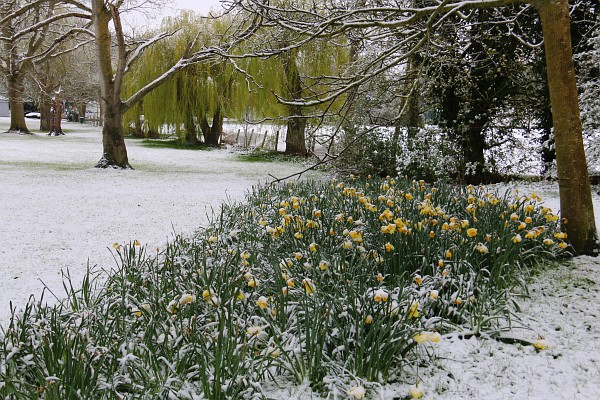 Flowers and plants huddled down to keep warm until the snow melted. 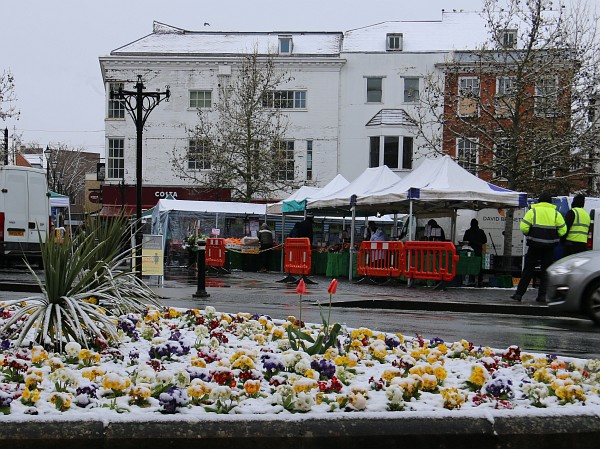 The Monday Market had all the stalls back again for the first time this year.

P.S. By noon, the sun was shining and the snow had melted.

The Window Tax was a tax on the value of a property. The tax could be assessed without intruding on the house owner’s privacy by going inside.

As a consequence of the tax, people blocked up windows, and built houses with fewer windows. It was repealed in 1851. (Fewer windows were a health and safety problem.) 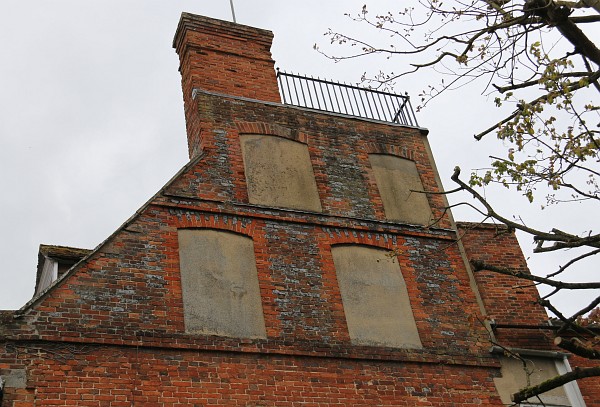 The blocked up Abingdon windows, pictured here, were probably not blocked up to avoid the Window Tax, unless you know better. 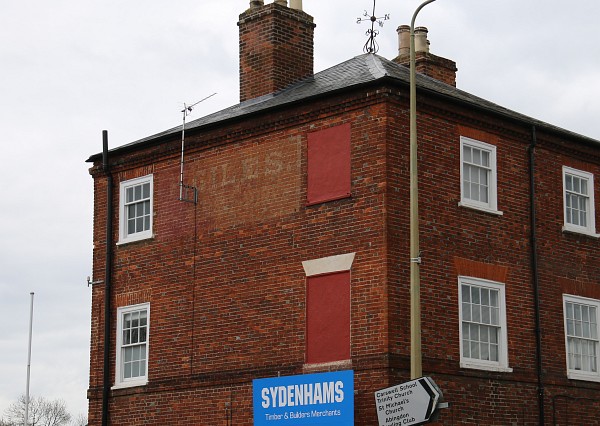 It could be that internal alterations made the windows no longer necessary. 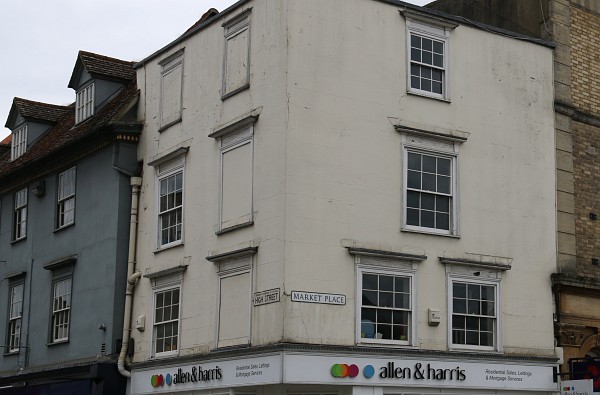 It could be that the space inside is being used for storage or that privacy is needed. 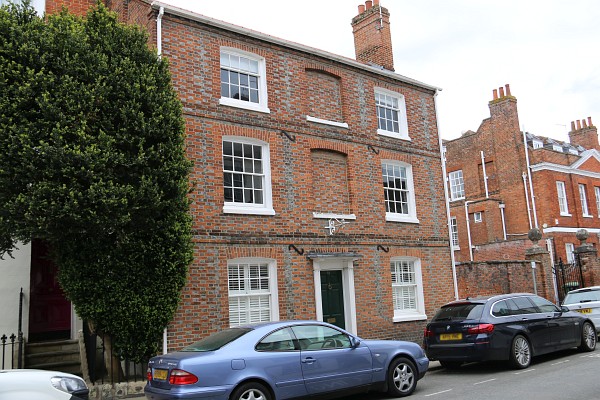 They could be an architectural feature – for classical symmetry

If you know buildings, in Abingdon, where windows are blocked up to avoid the Window Tax then I will do a part 2. 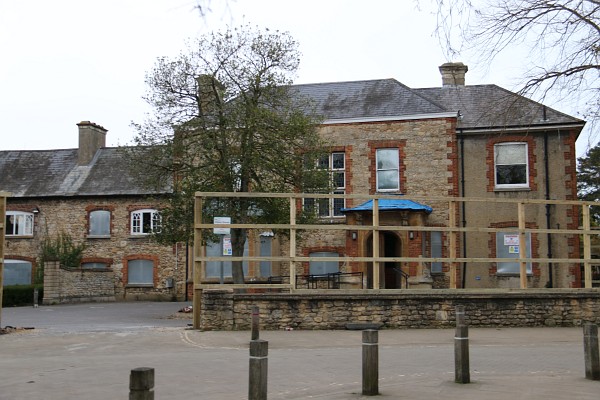 Hoarding panels are being put up round the front of Old Abbey House. 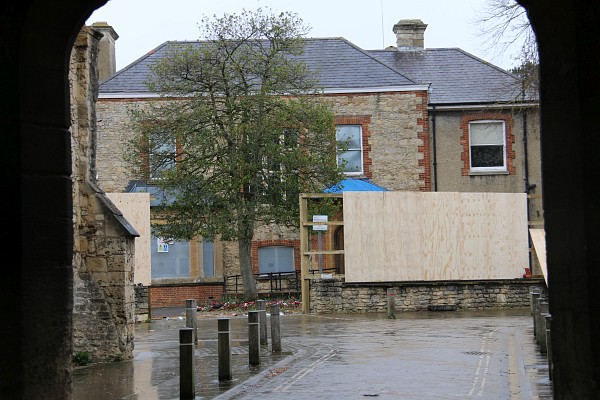 Before being left empty in 2014 it was the home of Abingdon Town Council and the Citizens Advise Bureau. The Ede Group from Witney were the winning bidders for the property, purchased from Vale of White Horse District Council, and plan to turn it into a 20-bedroom hotel. Some work is needed to secure parts of the roof to keep the building from further damage. In their press release in February Ede Group said they look forward to ‘working with the planners to come up with an appropriate hotel scheme, whilst also restoring the building to its former glory.’