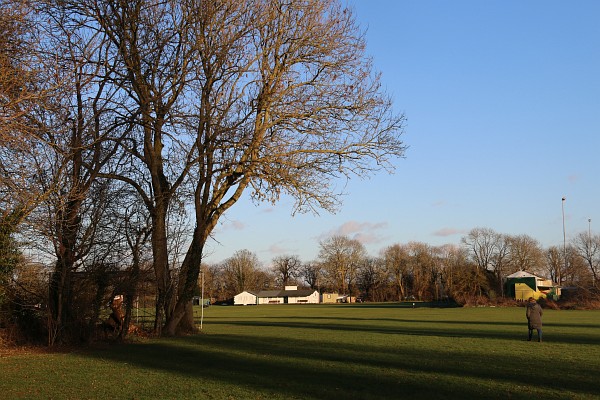 You might think that not a lot happens on the cricket ground on Hales Meadow during the winter months. You might be right. 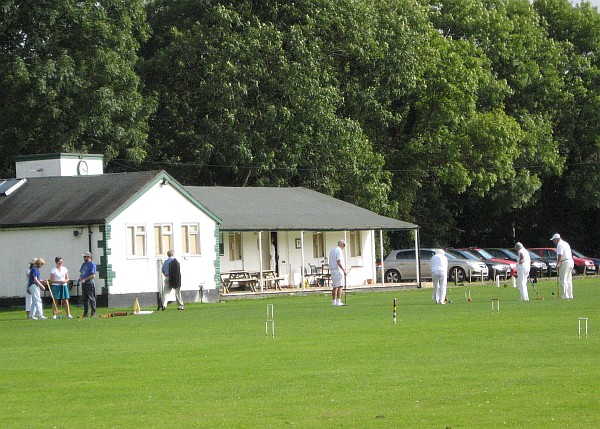 But I did get an email from the Thames Valley Croquet Club saying they have been meeting in Abingdon for almost 20 years, and are open for play and looking for new members to join the Club. (picture of croquet from this blog in 2007) 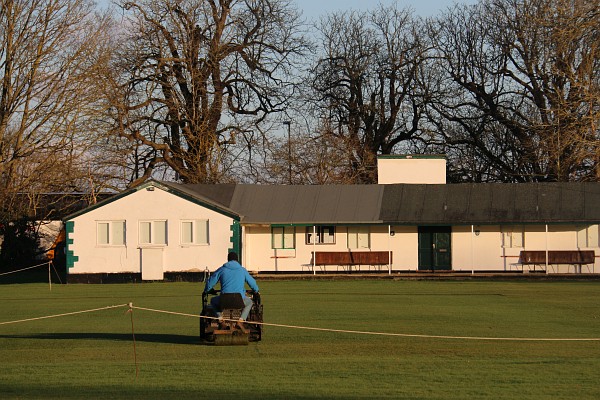 They play at the Cricket Club on Hales Meadow. I saw somebody preparing the green  this afternoon. For more details contact try thamesvalleycroquetclub.co.uk. 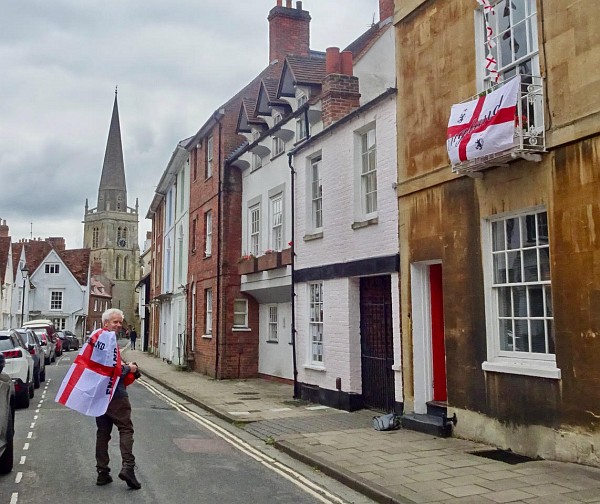 Thankyou to Elizabeth Drury for this picture showing a view down East St Helen Street earlier today. The flag wearer was 9 years old when England won the World Cup in 1966, and thinks England have a chance. He is still dreaming. 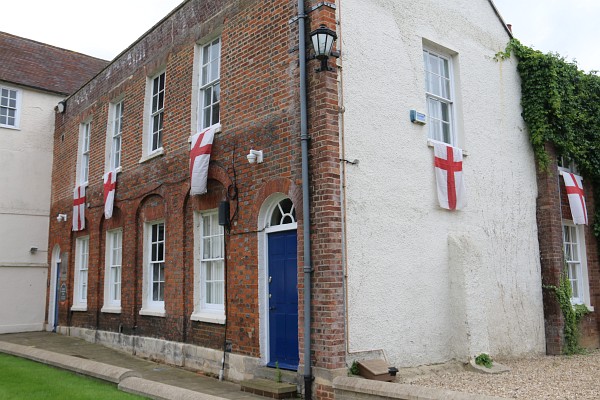 Abingdon-on-Thames Town Council have pushed the flags out of nearly all their windows. 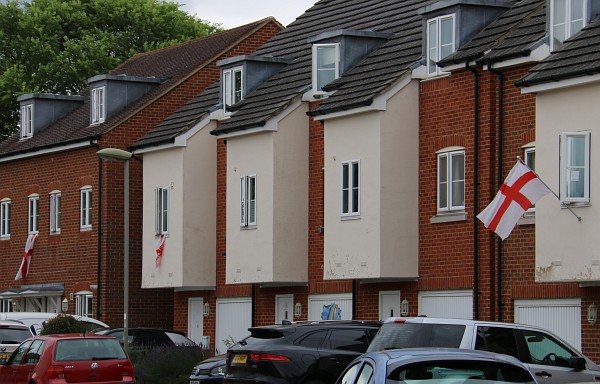 John Jones, a former Mayor and freeman had a very close relationship with Abingdon’s twin town Lucca in Italy. Looking down John Jones Close, in Abingdon today, there is no Italian support. 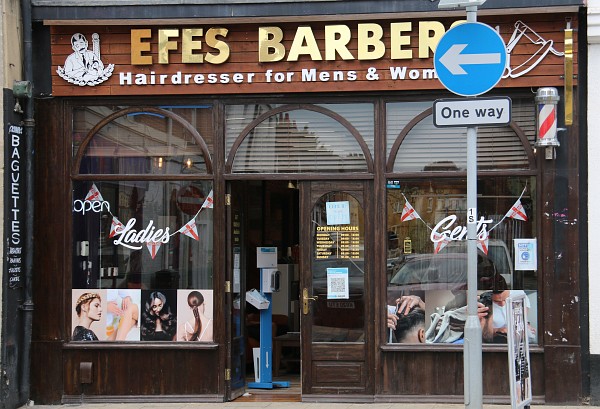 The one remaining betting office in the town centre,  a couple of estate agents, and a few shops have football displays.  EFES barbers have England flags. 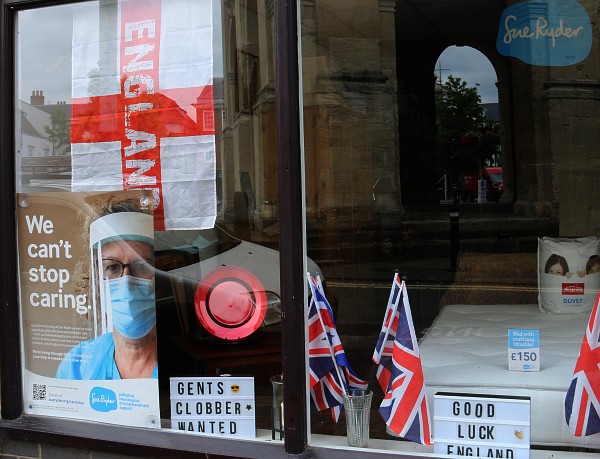 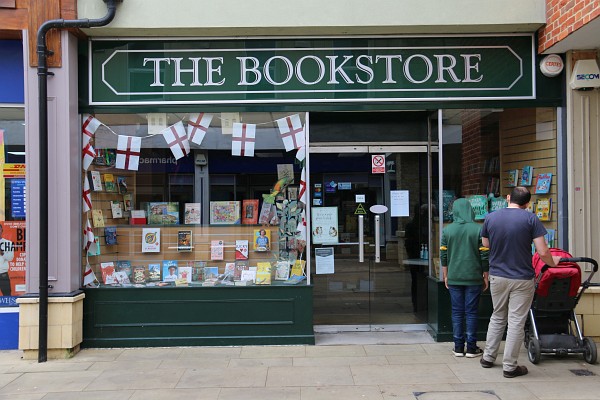 The Bookstore also has some England flags. Among the books is ‘Injury Time’ by sportswriter Duncan Hamilton. ‘He hits the back of the net with his enthralling fiction debut.’ 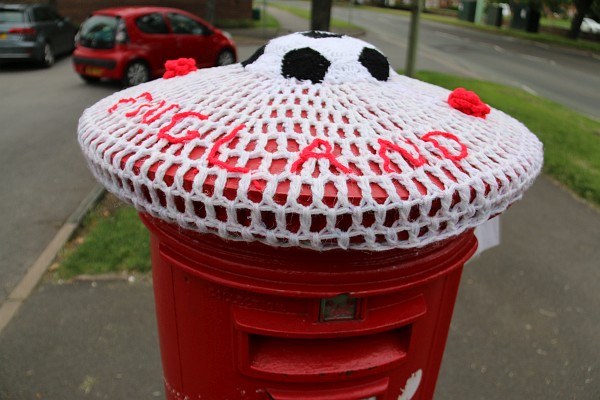 There was a picture on the blog of a crochet-topped post box a couple of weeks ago. It may not have been really about football then. That was my mistake. It is now. 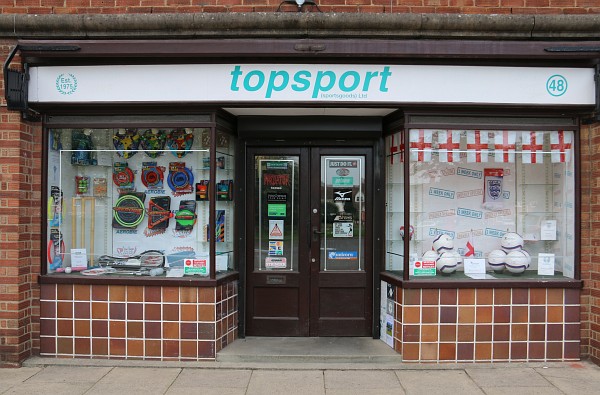 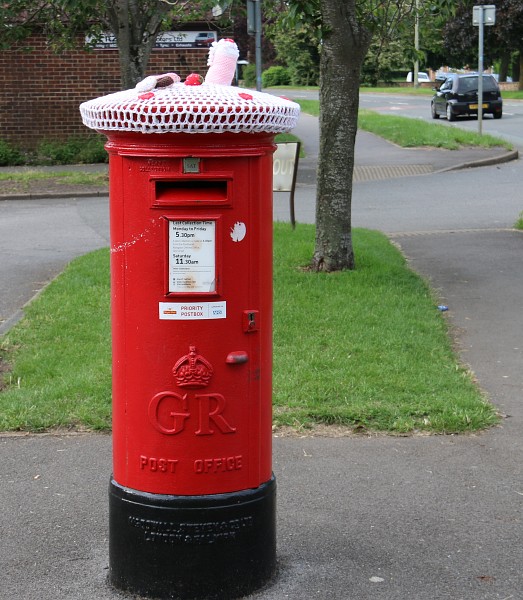 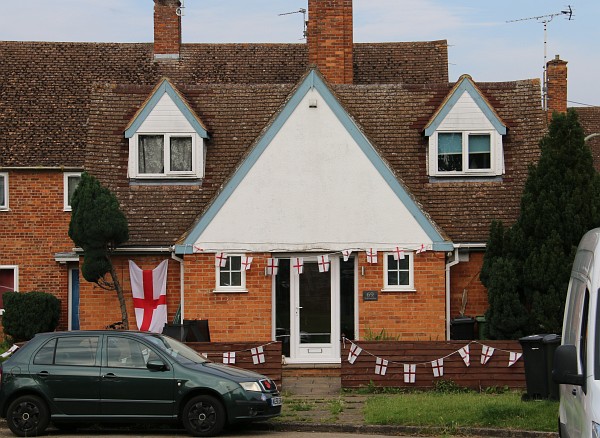 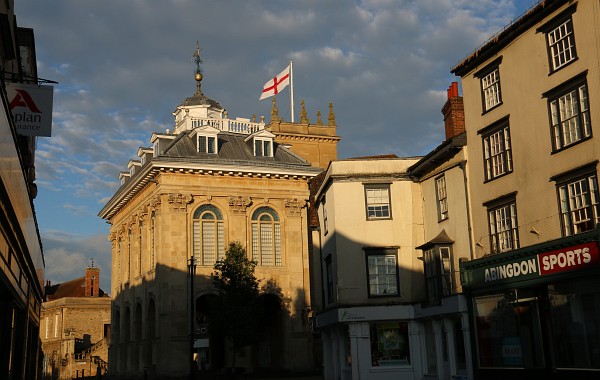 In the town centre, the St George Flag is above the County Hall.

I was on the late shift and the people I help support had made St George flags and stuck them on straws. One suggested I make a flag with 3 lions and the word ‘England’. My flag looked more like three ducks but I waved it as they waved their George crosses during the match. In the end England won 4-0 and are through to their first semi final since this blog was started, in 2006 – a year of high hopes when England lost 1-3 in the World Cup quarter finals to Portugal.

A young man shouted from an open car window at me, as I cycled home, ‘It’s coming home’. The same phrase ‘It’s coming home’, from the Three Lions song, was being chanted and sung by people going come, via the Back Street, after I got home.

The Abbey Meadow outdoor pool in Abingdon will reopen on Monday 12 July, and will remain open throughout the school holidays until early September.

Despite the financial pressure on councils and leisure providers caused by Covid-19, the council and GLL have now managed to find a way to ensure the pool can open.

Some Covid-19 social distancing measures will be in place to ensure the pool can be used safely, and so visitors will need to book in advance via the Better UK smartphone app or on the Better UK website. The pool will run with a reduced capacity while government Covid-19 restrictions remain in place, and a one-way route will be in place in the changing rooms.

Following the government’s recent announcement to delay the latest stage of their roadmap, the splash pad at Abbey Meadow will reopen shortly after the pool from the 19 July. These splash pads are relatively small and impossible for the council and GLL to implement social distancing while they’re in use.