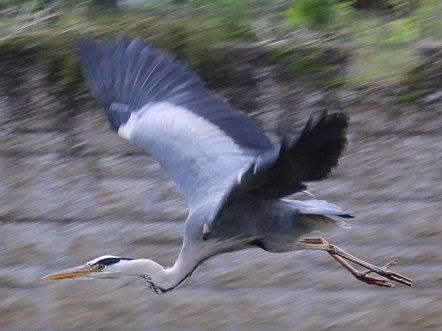 Flying must be easy when you are a bird. You just open your wings 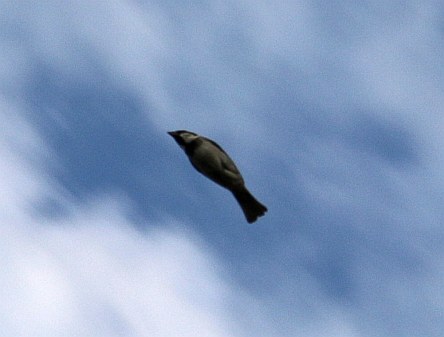 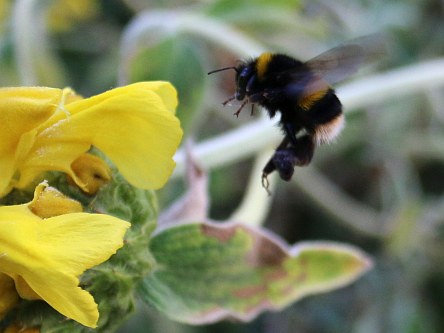 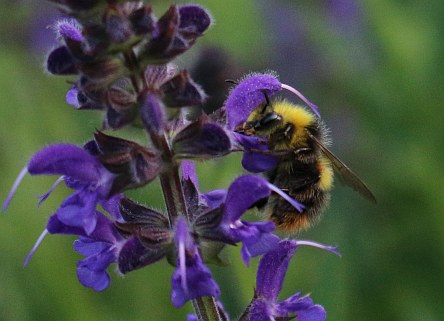 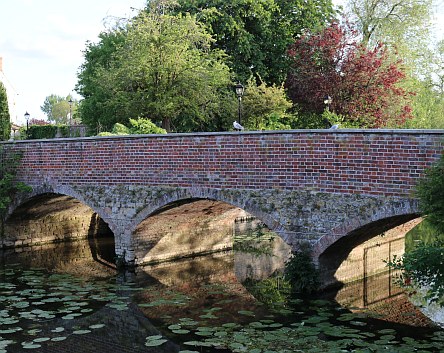 The birds were seen by the Millstream in Abingdon. 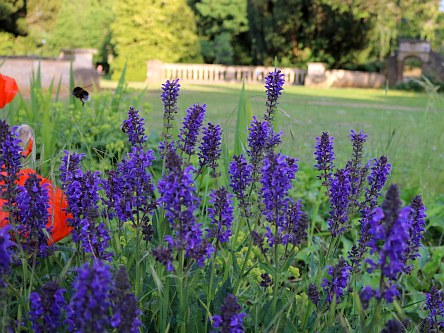 The bees were in Old Abbey House gardens this evening. This was part of a walk after work.

Riding back from work at about 3:30pm I saw a long queue at the Drayton Recycling Centre. They are using the golf area next door to queue cars rather than the main road. The process is slower as only half the bays are in use for social distancing reasons. There is also a big demand for the dump after the shutdown for a couple of months. 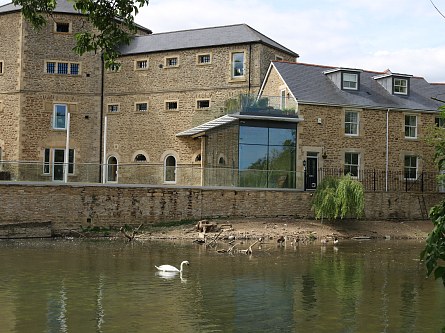 On the agenda was the Old Gaol proposed change of use (for one unit) from restaurant to dental surgery.

Abingdon-on-Thames Town Council can also hold internet meetings and they started last week with the Guildhall Meeting on 21st May. They are using WebEX.

Abingdon-on-Thames Town Council have also started the process of the Neighbourhood Plan. In the short to medium term the consultation process will have to use the internet rather than round table discussions.

There are more details at https://abingdon.gov.uk/neighbourhood-plan. 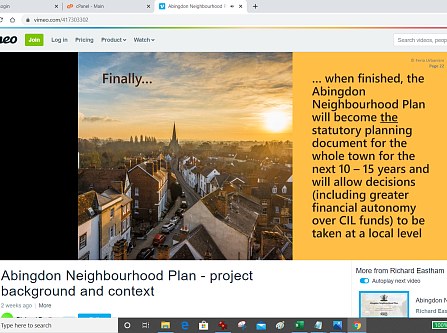 If the plan is agreed by over 50% of those in Abingdon, that can vote, then Abingdon will have more control over its own destiny.

Abingdon cannot change the number of houses to be built as decided by VWHDC in their local plan,  but can get more control how the CIL (Community Infrastructure Levy) is spent. 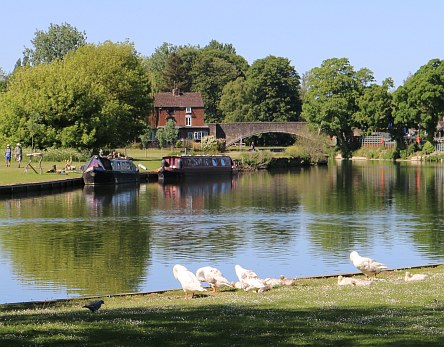 On any other late May Bank Holiday Monday the sunny weather could not have been more perfect.

We went out fairly early for a walk – before the bank holiday crowds arrived in Abingdon-on-Thames. 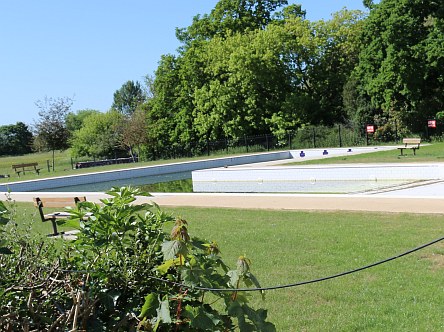 In any normal year the Open Air Pool would have been open by this bank holiday weekend and people queuing to get in. 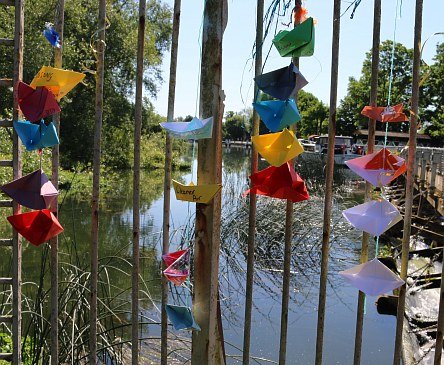 At the weir and elsewhere coloured origami boats had been hung.

A message said Covid-19 has changed our lives. What would people like to carry forward into their lives post lockdown? Write it on a boat! 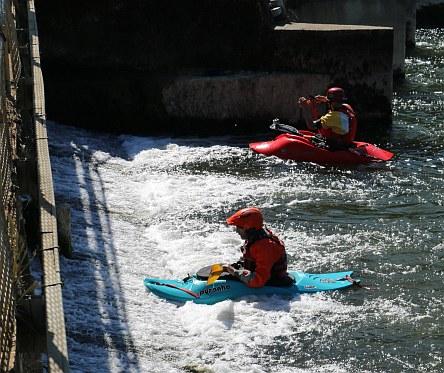 There were some cannoists at the weir but not a lot of surf. On a normal bank holiday people could have stood on the path over the weir to watch them. This year I took a quick picture and hurried across because people might be waiting to come across from the far side. 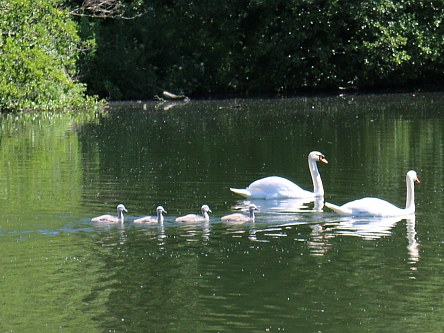 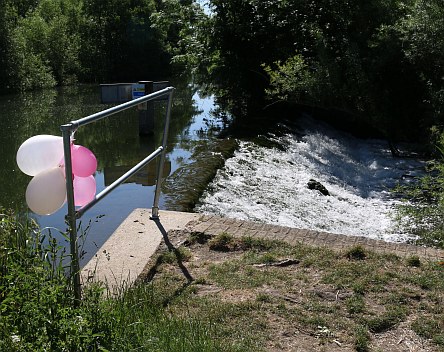 At Swift Ditch there were balloons. 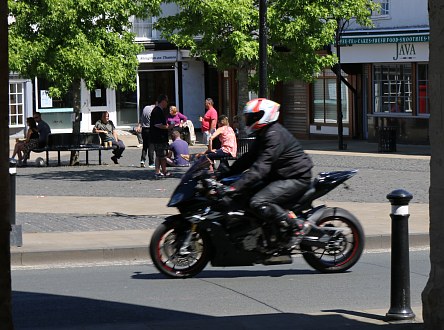 The lockdown was recently eased by the government. Now we can drive to take our walks and even relax in the sun. Rye Farm car park was filling up as people headed for the sunny wide open spaces near the river banks in Abingdon.

Bank Holiday Motorbikes roared through town, and people watched with their takeaway coffees.

And here is a video of Abingdon late in the evening with a walking talking commentary about night life during the shutdown. 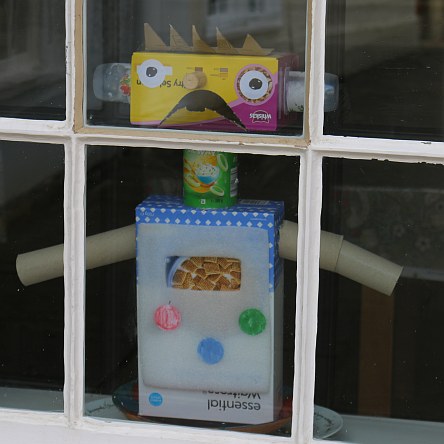 We are during the time when we would normally be able to go visiting studios for Oxfordshire Artweeks. 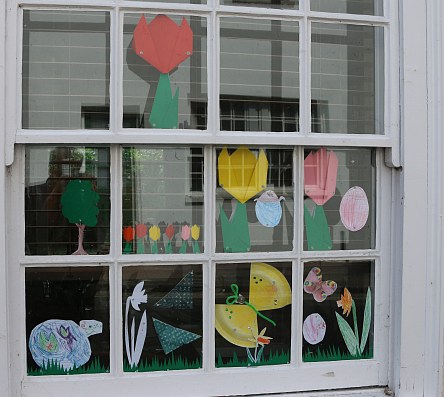 People are painting and creating more art than usual and showing it from windows.

Oxfordshire Artweeks has gone virtual this year, and there are a series of virtual tours showing workshops or themed pictures with background music. 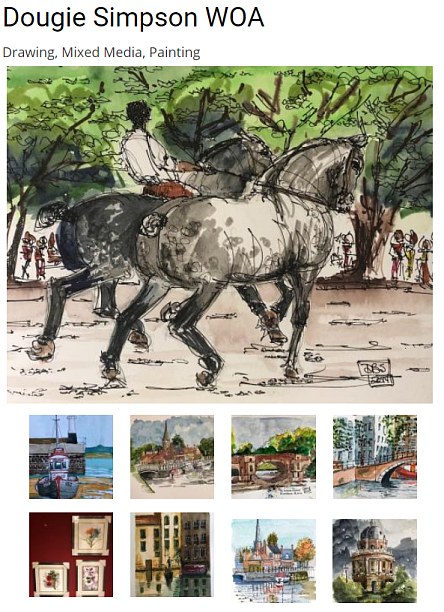 Galleries are closed during coronavirus (COVID-19) but there are pictures that might have appeared at galleries online. In Abingdon the members of the Abbey Group, including Dougie Simpson, have pictures online.

The Oxford Mail has a feature on artists who have been inspired by Coronavirus, isolation and NHS heroes.

On Channel 4 “Grayson’s Art Club”, showcases art made by the British public trapped at home. Some of the 10,000+ pieces submitted were from Abingdon. Last week the theme was ‘View from My Window‘. 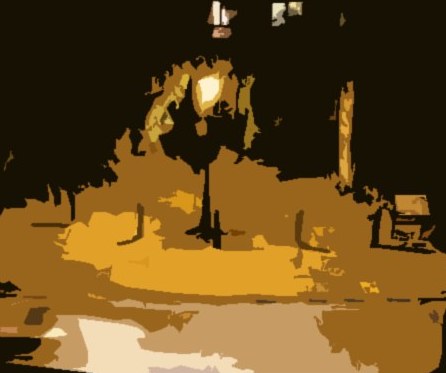 This is a photo of the view from our window this evening.