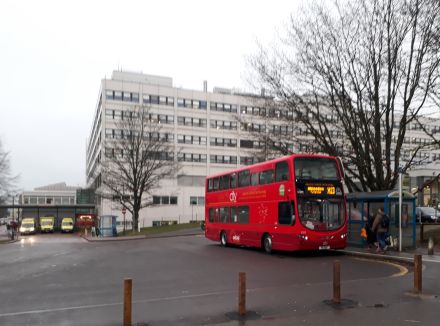 There is not much to choose between the X2 X3 or X13 buses when going from Abingdon to Oxford. They all end up at Oxford City Centre.

The X13 however then goes all the way to the John Radcliffe Hospital (JR). Twenty minutes after dropping people off at the city centre it drops passengers off at the JR. Given that car parking at the JR is so expensive, and difficult to find, it is worth considering next time there is a non emergency situation.

This Sunday between 5.30am to 2pm there will be some disruption to the X13 bus route as a portable building is lifted in position at the JR. It is being put there to help speed up patient admissions at A&E (Accident and Emergency). The JR portakabin service will be led by GPs and provide treatment for patients who could be ‘more appropriately’ helped outside hospital.

The X13 will be diverted to the top end of the hospital while the portakabin is lifted into position. 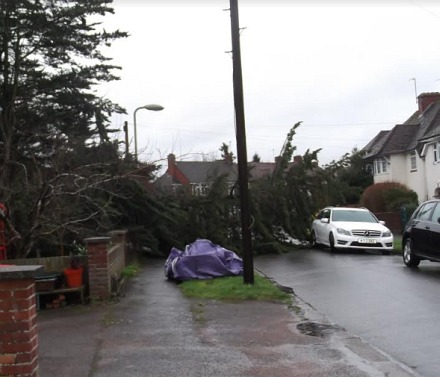 George sent me this picture of a tree blown down across Thesiger Road, Abingdon, about 10.30 am today, 24th January. There has been a lot of wind and rain over the last few days. 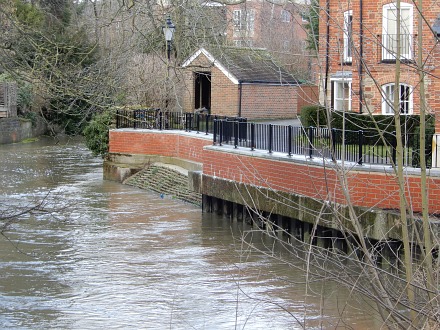 The River Ock is higher than usual but has not reached the new flood wall that was built in 2017. 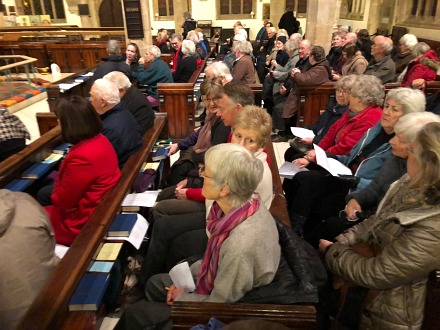 The second public meeting about the Guildhall’s future also had a strong turnout with well over 100 people including about 8 councillors. The meeting had moved from the Roysse Room to St Helen’s Church, and everybody did get admitted this time. As can be seen, not many young people were there.

The format was much the same as last week and similar points were raised. It was pointed out by one speaker that it made it difficult to have ‘a discussion’ when the Town Council would not answer any questions or respond to any points raised. 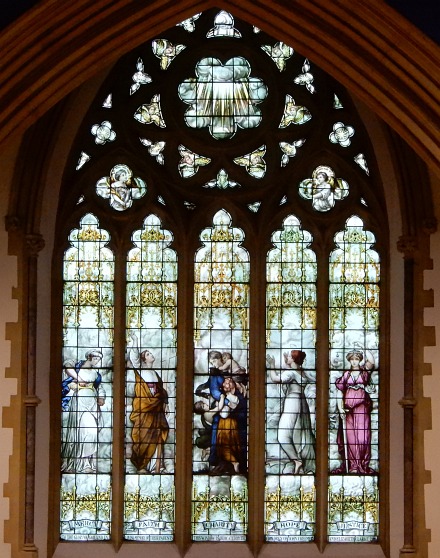 The National Trust lectures were at the Abbey Hall (the modern part of the Guildhall) before that building was closed for redevelopment and then moth-balled to save money.

This week’s lecture is ‘Violence and shenanigans: A look at Abingdon’s politics through the eyes of John Creemer Clarke’ and is on at Tuesday, 23 January 2018 – 2:30pm.’ 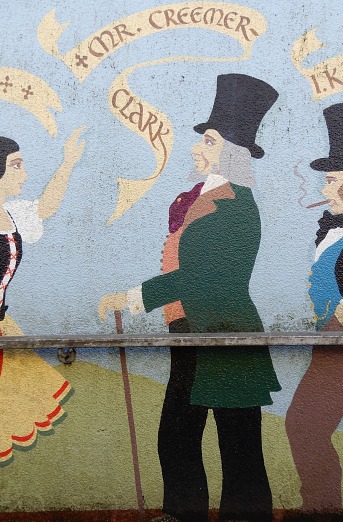 The What’s On section of the Abingdon Town Council web site says “an important benefactor of the Town, Creemer Clarke ran an important clothing business and helped found Trinity Church and the Cottage Hospital, and is represented on the mural in the Town.   He was involved in many aspects of Abingdon’s political life by becoming its MP at a time when elections seem to have been much more lively with a great deal of audience participation at local meetings. It was always a relief when there was no actual violence.

The speaker, Silvia Joinson, is “a retired history teacher and a witty presenter on Abingdon’s turbulent past.”

For anybody following this blog, the second meeting about the Guildhall, for those who could not squeeze into the first, was moved to the larger building of St Helen’s Church earlier this evening. 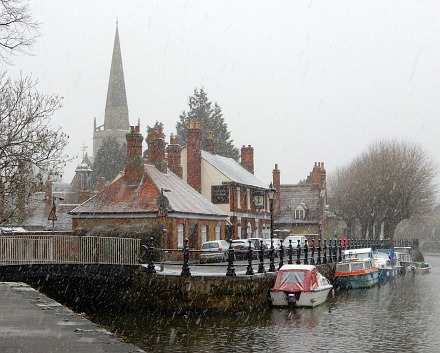 Snow and then rain fell on Abingdon this morning. The snow settled on car roofs but not on the pavements. 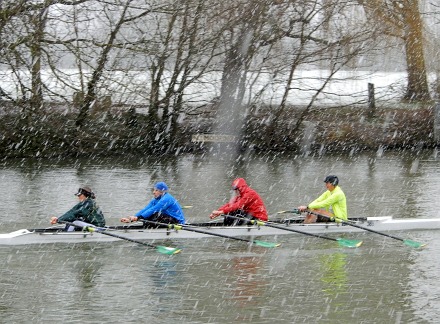 Undeterred by the snow, Abingdon Rowing Club had a number of boats out on the river. About twenty minutes after taking this picture, I saw Adam – with the yellow top – at Trinity Church. 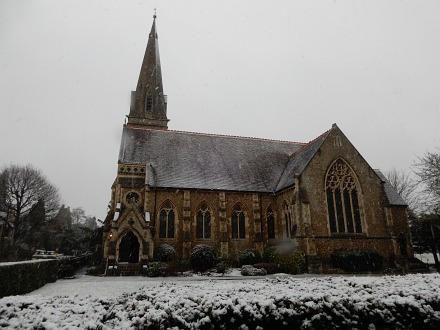 Adam was on the sound desk , and I was on the projector. Nowadays, nost people sing the songs off the projector screen rather than from the hymn book. Adam said the rowing was ‘cold but fun.’ He is an ex boy scout / boy scout leader. It still took him some time to warm up his hands, as his seat and the carpet round about got more and more damp. 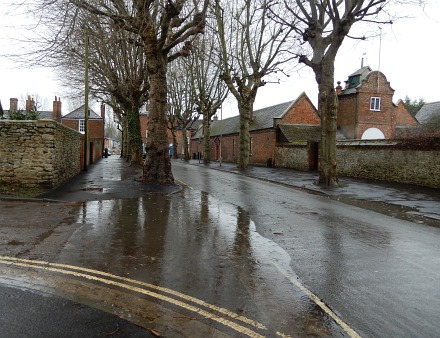 After church the snow had turned to rain – which was no fun at all.