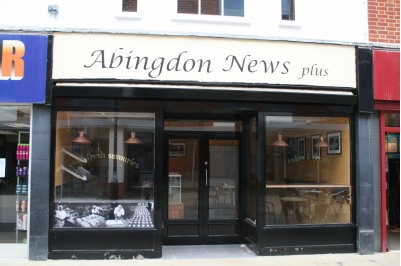 After two weeks away on summer holidays, the first change I noticed on coming home was that the ex Abingdon News plus is getting ready to re-open as a shop selling ‘oven fresh savouries‘ and ‘cakes and treats‘. It has been furnished and painted and awaits a sign. 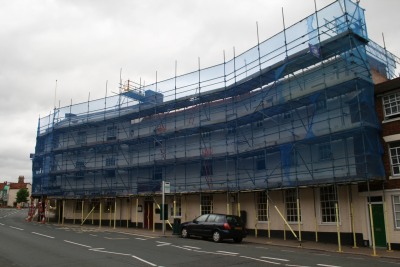 Good to see that work is also well underway at the Crown and Thistle, following my previous report which was seen as irresponsible in some quarters.

While on holiday I had a very select group of two people following my tweets from ‘Not Abingdon‘ . I have just got my suitcase back after bringing home a suitcase identical to mine. The other suitcase owner made the same mistake when we got back to Oxford in the dark. It was a case of mistaken suitcases.