The way Tesco are pushing the world cup it could become as big as Christmas.

Tesco have been awarded the accolade of ‘official England supermarket’ by the football association. 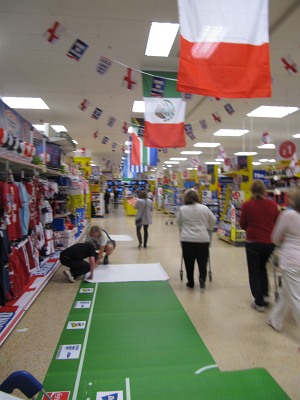 Near the entrance men were laying the official pitch surrounded by the logos of the companies whose products are on sale over coming weeks. 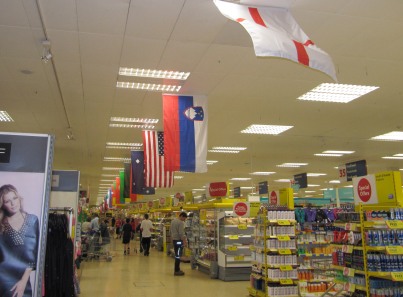 The England flag has been placed near the air conditioning and is really flying – quite possibly a good omen.

In with my packs of clementines I got some Attax World Cup trading cards including a gold Francesc Fabregas – Man of the Match – card. That could well be worth something in the latter stages of the competition.

World cups give us such a high when things are going well, and such lows. They also leave a glut of surplus stock if England fail to get through to the latter stages.