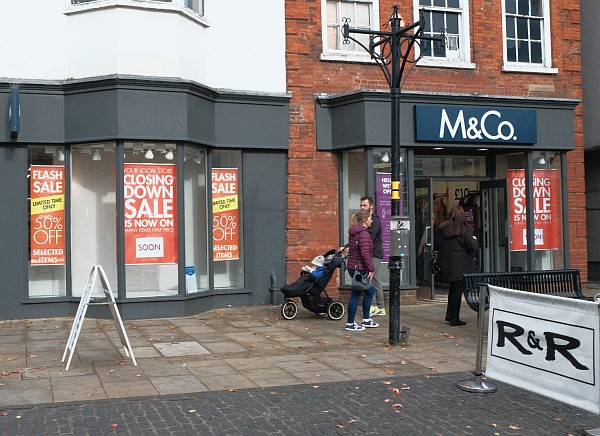 Going into town today people will have noticed that two major clothing shops in Abingdon have closing down sales. M&Co announced in August that they were shutting 47 stores. M&Co will be closing their Abingdon, Market Place, store in about four weeks time. 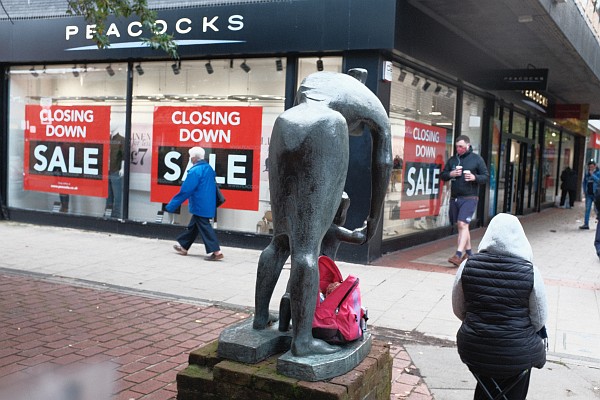 The Edinburgh Woollen Mill Group, which includes Peacocks, called in the administrator yesterday. The Abingdon shop now has Closing Down Sale signs.

Both retailers have found the past seven months very difficult. They had to shut their stores in March due to the pandemic. M&Co reopened in June, and Peacocks in August – later than most shops.

23 thoughts on “Closing Down M&Co and Peacocks”