Yesterday the Abingdon Share a Poem group met via zoom and read poems on the theme of Autumn. 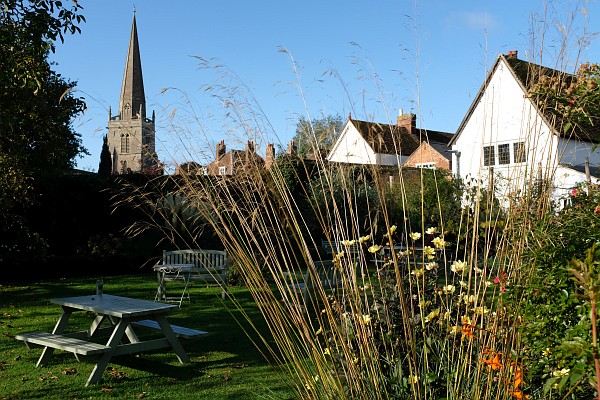 Most poems were by established poets, but some people read their own poems, and they were very enjoyable. 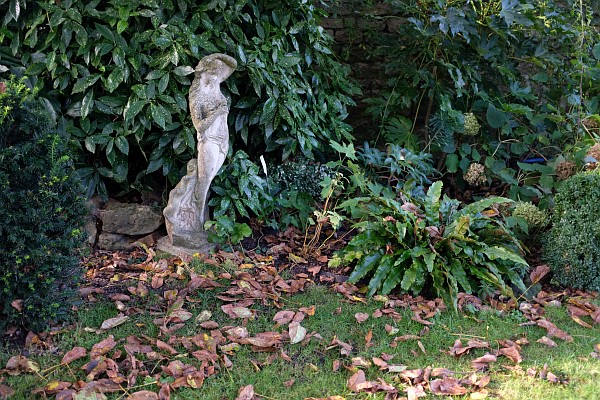 Pauline, who leads the group, read a poem she had written about Venus – the planet, seen early one morning. Justin read a poem about swallows preparing to leave. David read one on roasting chestnuts. 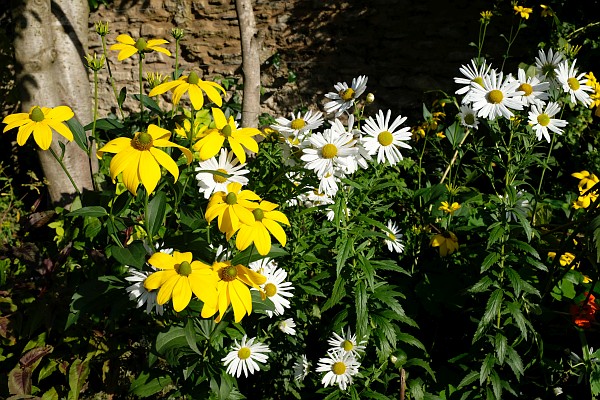 The garden at St Ethelwold’s is looking autumnal, but a lot of flowers still remain, 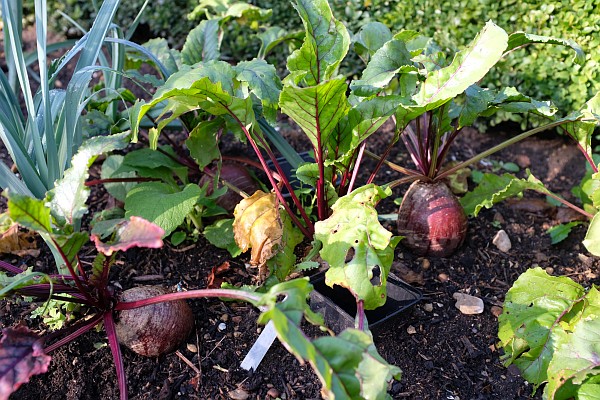 and there are vegetables ready to be dug. 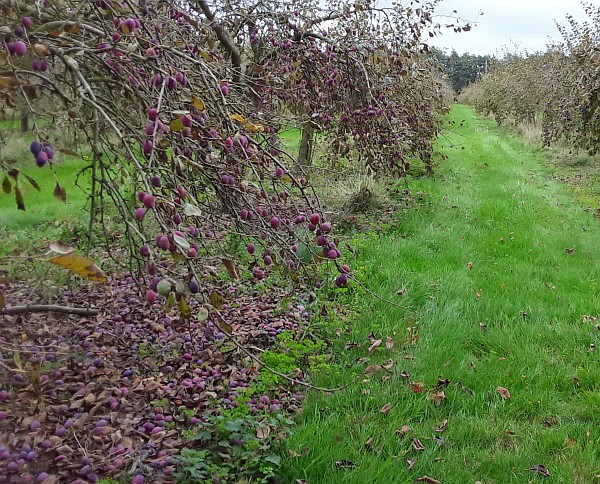 After two poems on blackberry picking (Blackberry-Picking by Seamus Heaney and Blackberrying by Sylvia Plath), we got talking about the farm, on Milton Heights, where Pauline’s daughter had picked a lot of cherries this year. That reminded me I took two pictures through the hedge at that farm: one of blossoms in the spring, and one a few days ago, at the same location. It doesn’t look like the plums will be picked this year.