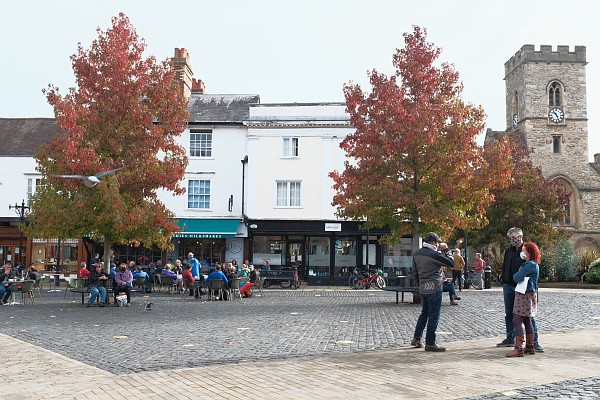 Leaves are turning red on the Market Place. Lots of people were out in the open, drinking coffee. 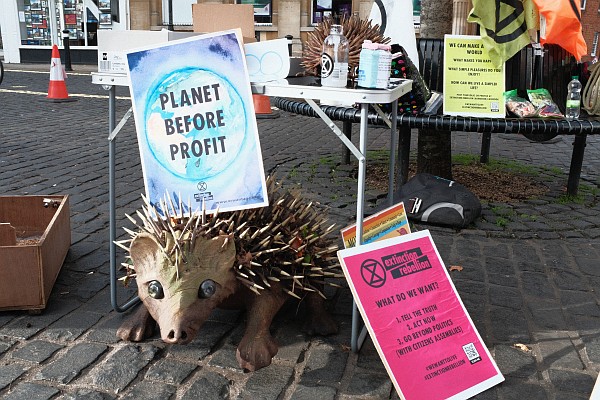 Hedgehogs were this weeks cause for the XR Abingdon group. The group will be promoting a number of causes in coming weeks and months. Several small changes in people’s behaviour add up to a big change.

They were giving away bags of hedgehog food and information about how to help hedgehogs. To avoid the danger of roads, hedgehogs need to move between back gardens. They suggested opening holes under fences – big enough for hedgehogs to squeeze through. 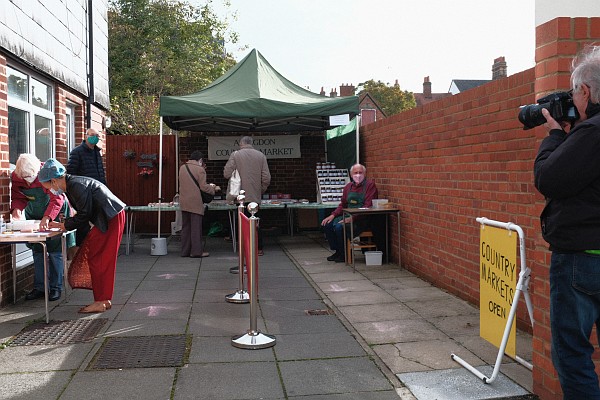 Abingdon Country Market have moved their market to the yard outside the Salvation Army – rather than inside. They had a one way system, and track and trace.

I was not the only photographer taking pictures. Somebody thought the other chap was doing the Abingdon Blog. He has actually been taking pictures of Abingdon much longer than me. They are very good. One day we may see more.