The Christmas Extravaganza,organised by Abingdon on Thames Chamber of Commerce, took place in Abingdon today. There were stalls all along Bath Street, and entertainment on the Market Place. 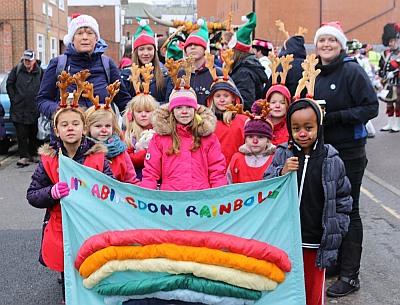 The day really got going with the Parade. It included, among other community groups, the 11th Abingdon Rainbows, 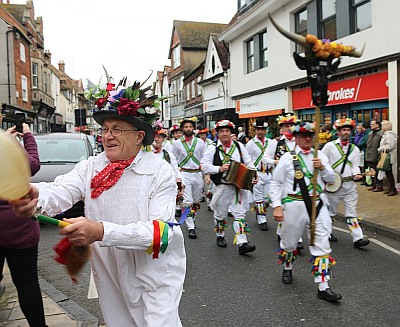 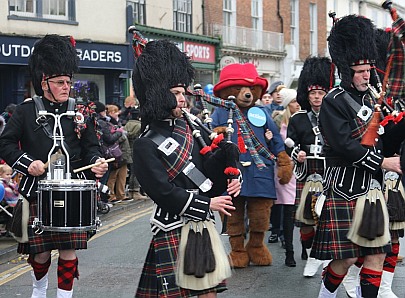 The parade was led by the Oxford Calidonian Pipes & Drums, and included Paddington Bear, 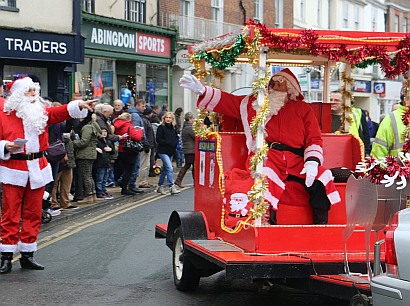 and Father Christmas, who spent the rest of the day meeting children. 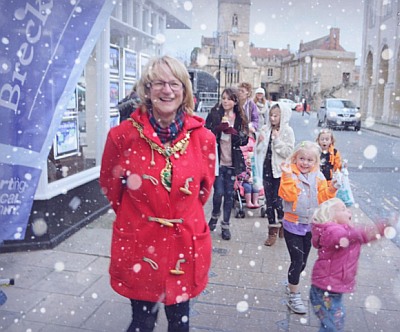 I did hear that there had been snow among the fine rain at the end of the parade, but later saw a snow machine at Breckon and Breckon, so it could have been that. 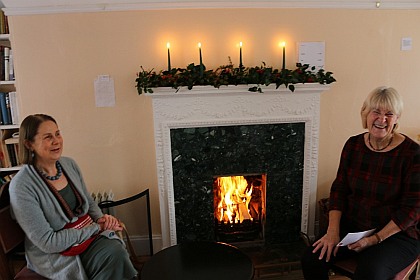 Elsewhere in Abingdon town centre, there was a Fairtrade and Craft Fair in the warmth of St Ethelwolds house; and entertainment and a jumble sale at St Nicolas Church. 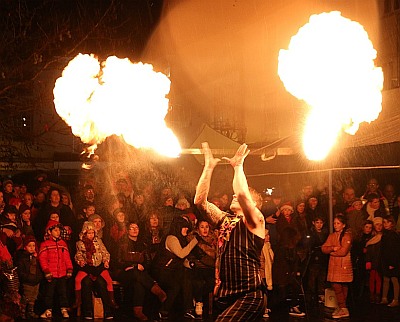 At the end of the afternoon the crowds gathered in the Market Place, despite the rain, to listen to the Community Choir then watch fire jugglers. 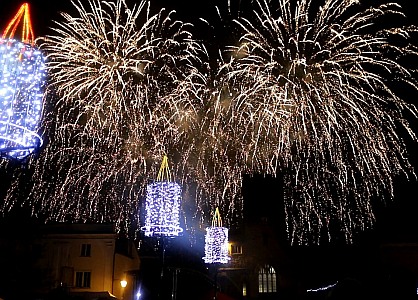 The Christmas Lights were turned on at 5:30pm, followed by some amazing fireworks. 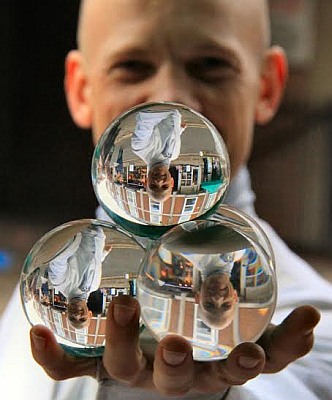 P.S. Thanks to Steve for sending me the picture of one of the entertainers. 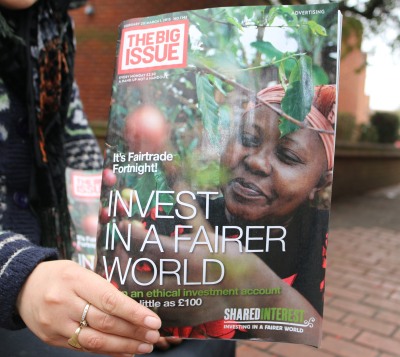 The cover of the Big Issue reminded us it is Fairtrade Fortnight – promoting products sourced in a way that’s better for the farmers, growers and workers involved. 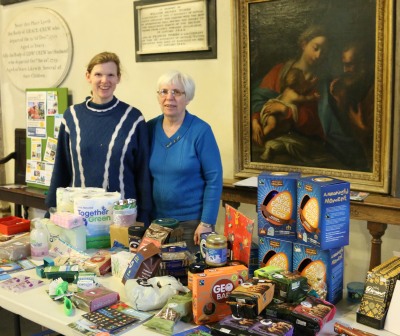 At St Helens Church there were Fairtrade products on sale, as well as a Big Brew. 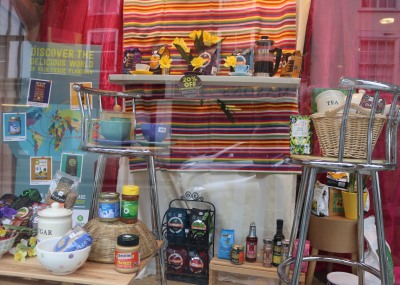 Oxfam have 20% off Fairtrade products during Fairtrade fortnight from 23rd February to 8th March. 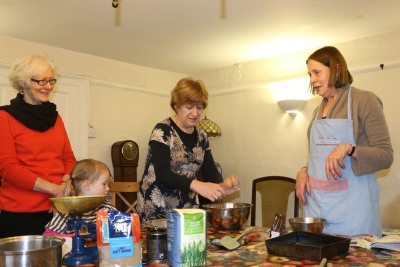 Oxfam also had a stall at St Ethelwolds where people could have afternoon tea, and take part in a baking demo with mostly Fairtrade ingredients.

Abingdon is a Fairtrade town. 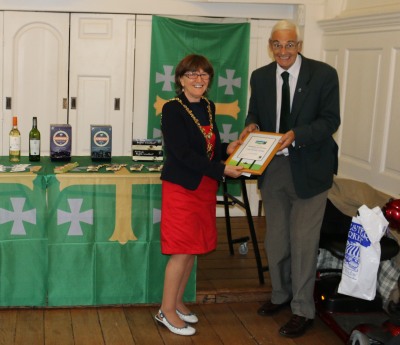 At lunchtime on Friday 19th September 2014, Mike Moon the chairman of the Abingdon Fairtrade Steering Group presented the Mayor, Councillor Angela Lawrence, with a certificate saying that the status of Abingdon-on-Thames as a Fairtrade Town had been renewed in 2014.

The Abingdon Fairtrade Group has held events on the Market Place and in town, promoted Fairtrade locally, and led Fairtrade assemblies in schools.

Angela is a long term supporter of Fairtrade and as a new councillor, 21 years ago, put a proposal to the Vale of White Horse District Council that they buy Fairtrade, but was defeated at that time – Fairtrade coffee was not as good back then as it is now.

The next Fairtrade event in Abingdon is at St Ethelwolds on 29th November when there will be a Christmas Fairtrade Market.