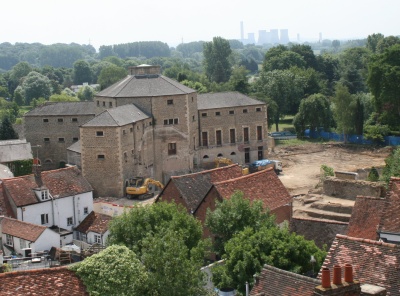 The pitched roofs, so typical of Abingdon’s past, are soon to be joined by the flat  roofs of the new flats planned for the Old Gaol development. 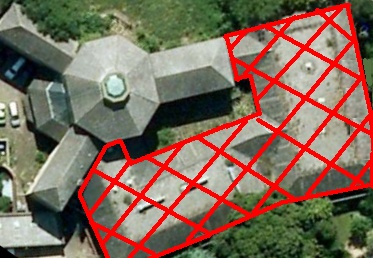 Those buildings added in the 1970s, shown here on this Google Maps Image, are gone, and the ground has been cleared. 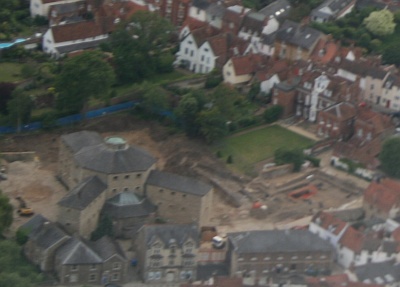 The Old Gaol now stands like a castle in a large sandpit.

I would guess that the developers are hoping there are no significant finds, and the Abingdon Archaelogical and Historical Society would  hope for the opposite. 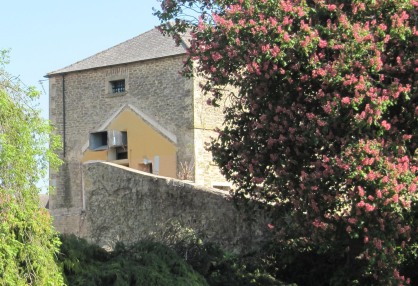 Demolition work continues on the Old Gaol – clearing all the out houses and bringing the building back to its core. 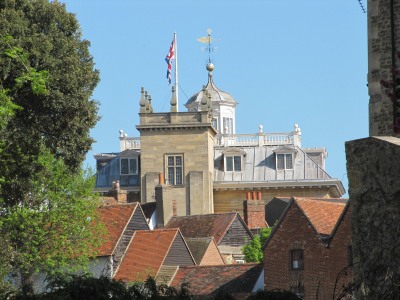 New views appear as walls and buildings are cleared away. This view is from Nag’s Head Island to the County Hall. The view will be hidden again when new residential buildings are put in place of the old. 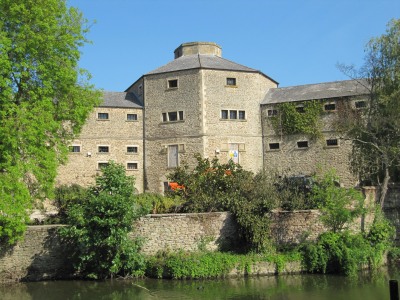 The view to the Old Gaol from the river is also being cleared of some vegetation. 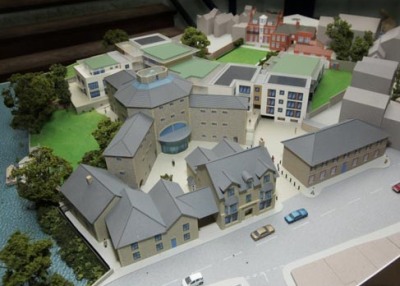 Eventually it will look something like the architectural model.