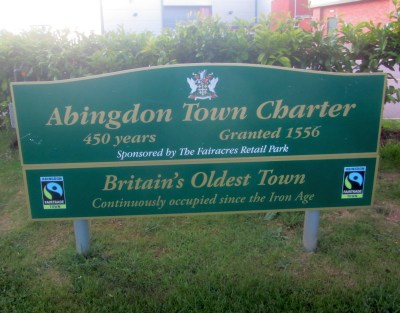 Abingdon is Britain’s Oldest Town, and in 2007 it gained Fairtrade status. Some of the leading figures from that time have moved on but there are new businesses promoting Fairtrade in Abingdon. 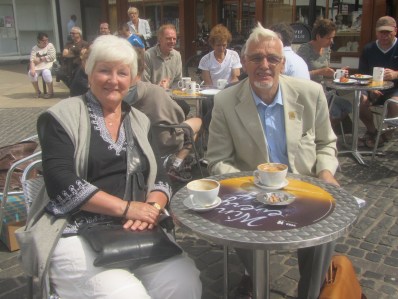 Mike Moon, the Secretary of the Chamber of Commerce, has already done a lot of work to promote disability access in Abingdon, and is also keen to show that Abingdon continues to be seen to be promoting the benefits of buying fairly traded products. Last Wednesday a number of businesses and organisations met together to start planning to ensure Abingdon continues to be recognised as a Fairtrade town. The next Fairtrade meeting is at the kings Head and Bell in the function room on the 6th July at 1pm anyone interested is welcome. A larger Fairtrade event is planned for 20th August.

Having Fairtrade status is good for Abingdon, but it also ensures that the farmers who produce the coffee and tea and fruit we rely on get paid and treated Fair.