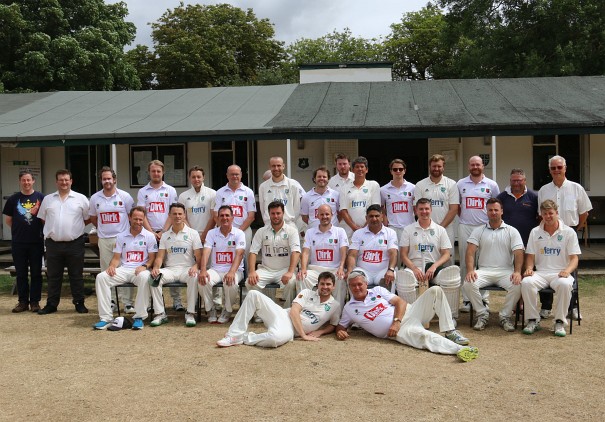 Today’s visitors at the Abingdon Vale Cricket Club were Ajax Cricket Club from Holland. The association between the two clubs began at least 63 years ago. 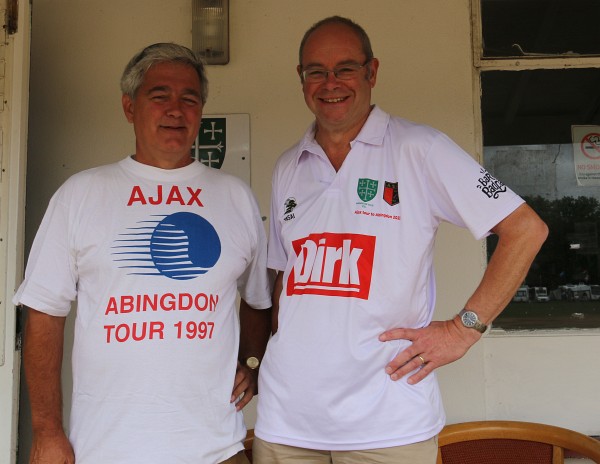 Dirk and Jaap have been touring Abingdon since the 1989 tour.

Jaap explained that Oxford and Leiden in Holland have been twinned for 75 years and sports exchanges are part of the twinning. The Ajax cricket team came over and played local teams, and the first verified competition between Ajax and an Abingdon team was the Ox Public House team, from Abingdon, on 3rd July 1960. There could have been earlier matches that nobody can recall.

Then the cricket team started touring alone. Ajax would tour Abingdon one year, and Abingdon would tour Ajax the following year. It is now every two years, so Ajax visits Abingdon every four years, and it is as much about friendship as cricket. They stay with host families. 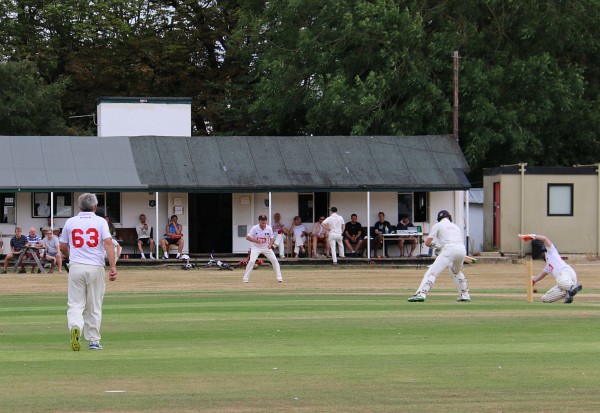 The name Ajax comes from the mythological hero in Greek legend. The club was established in Leiden in 1892. Ajax Amsterdam, the football club, was founded in 1900 and must have asked permission to use the hero’s name, but Jaap said no letter can be found in the club archives. The club now plays in Oegstgeest (nearby Leiden) and has the name Ajax Sportman Combinatie, as it has cricket and football teams. 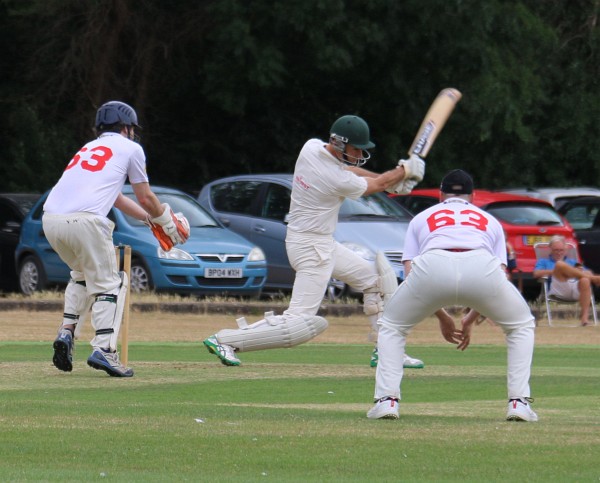 The tourist strip in 2022 has 63 on the back to represent the anniversary, 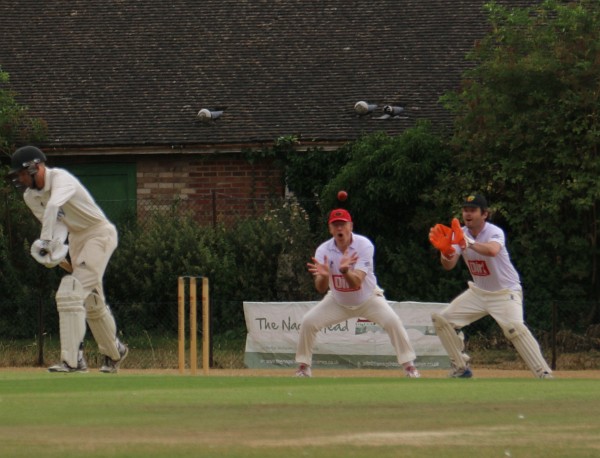 and Dirk on the front, possibly after their legendary player Dirk.

After the game, there were speeches and a time to eat, drink and socialise.