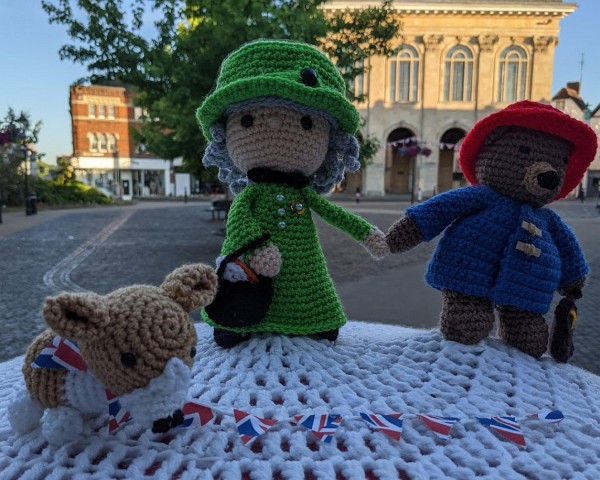 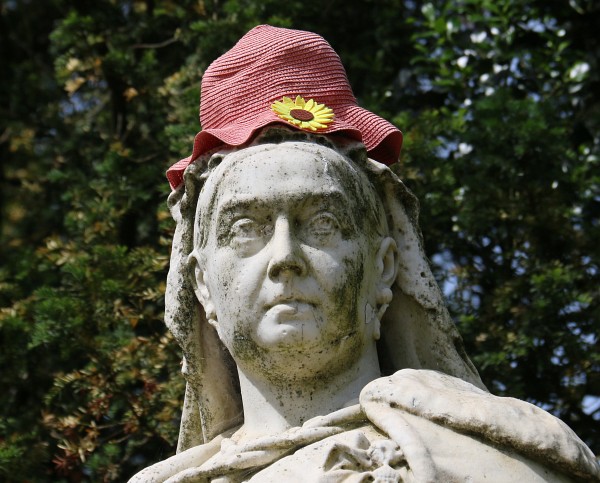 Michael emailed me a picture of Queen Victoria with a hat. 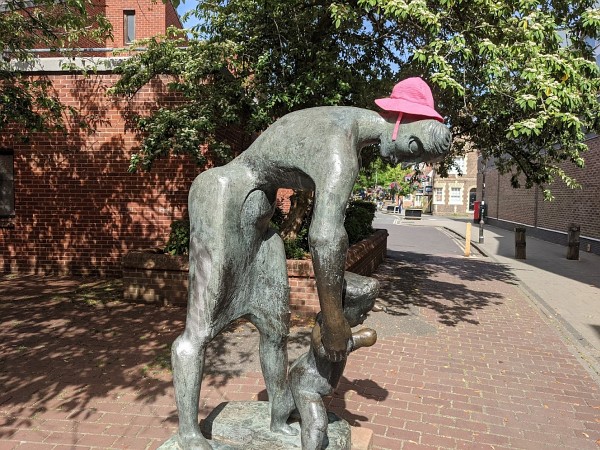 The Mother and Child statue in Abingdon also has a hat.

Do the hats hide marmalade sandwiches, or do they have another purpose?