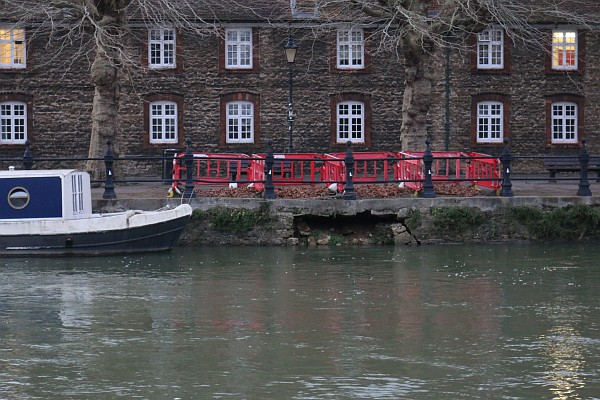 Looking back to St Helen’s Wharf the wharf wall is awaiting repairs – almost a year after the damage first became obvious. 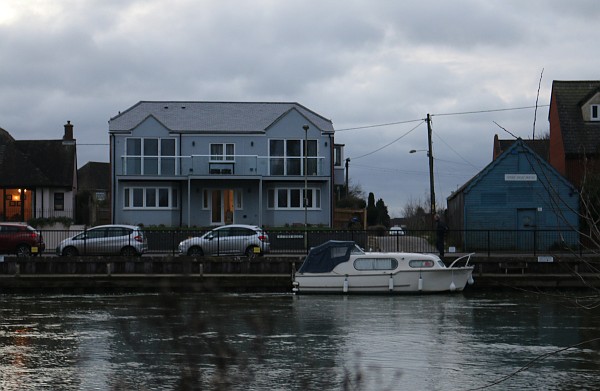 Another new house has been built along the stretch on Wilsham Road, with river views . In the last five years, four new houses have been built, all bigger than what was there before. The old Ferry Boat House is still there though. I expect an architect will already have plans for that small frontage with the long piece of land behind. 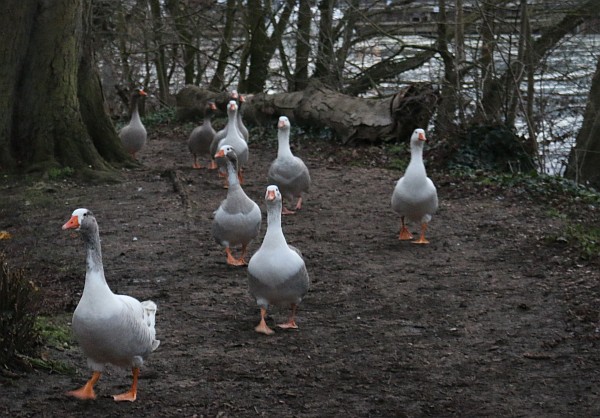 Geese in Abingdon enjoy the grassy areas by the river where they can graze. They are very sociable animals, a bit messy, and loud, and so in some ways similar to humans. The river is a place where they can escape if humans or their dogs are at all threatening. We weren’t, and  this group walked towards us and then parted to let us by. 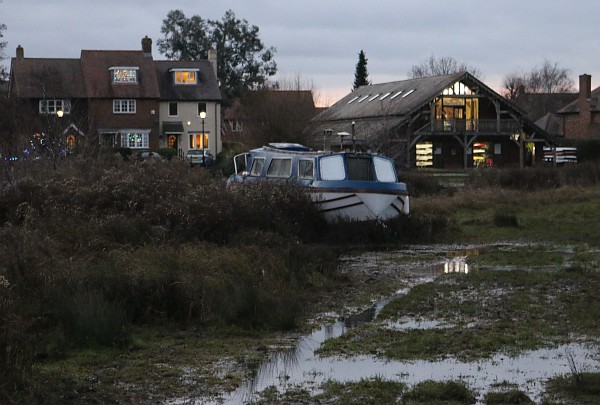 This walk was not long but, to use a horse racing term, the going was heavy. One could even say boggy. Gracie-Lou can be seen out of the water, like a large piece of driftwood the high flood has left behind. Behind are the lights of Abingdon School boathouse. 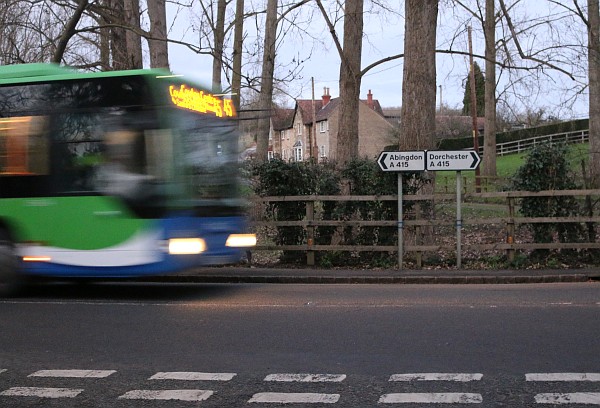 After crossing Culham old bridge, we crossed the A415 and returned to Abingdon along the causeway, moving aside at one point to let a cyclist by. They said thank you. 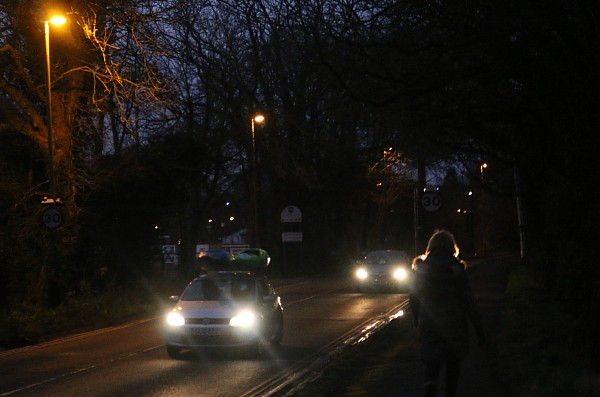 It was beginning to get dark as we neared Abingdon. Cars came in bunches. 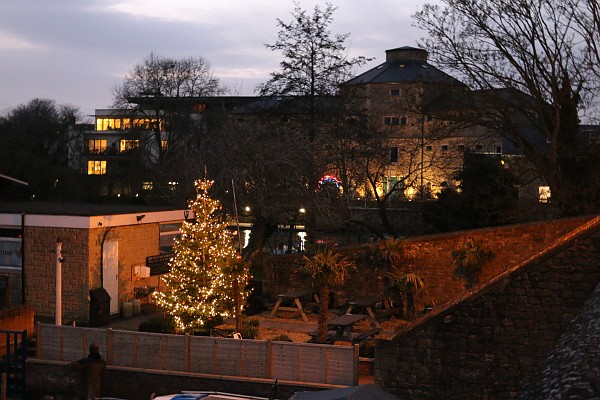 The lights on the Christmas Tree outside Annie’s Tea Rooms were shining. The Old Gaol walls were floodlit. The new flats alongside had large windows glowing but there were no lights to be seen in the small Old Gaol cell windows.