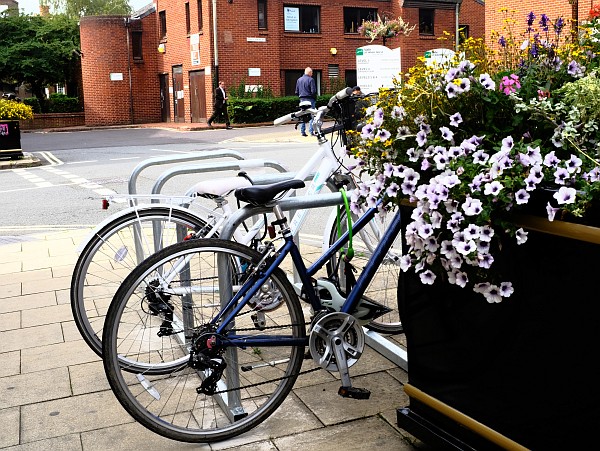 Over the last couple of months new cycle racks have been put in Abingdon town centre. One set are at one end of Broad Street by the new flower containers 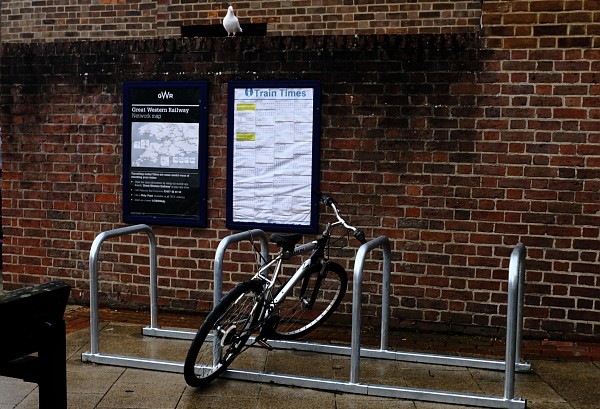 The other matching set is opposite the Black Swan beneath the Great Western Railway train times. 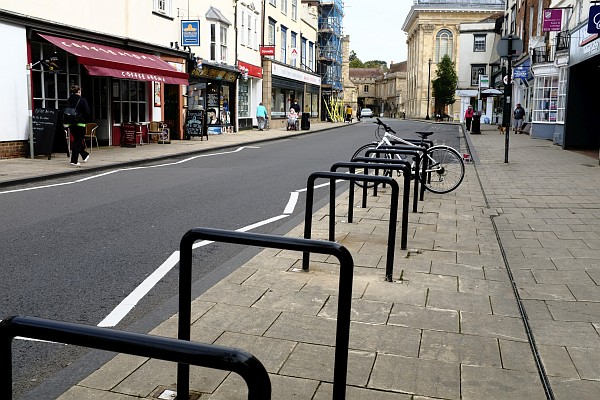 The bike racks on High Street were also recently replaced . These used to be the most well used bike racks in Abingdon but cyclists have not got back to using them again yet.

The previous racks were all ploughed down by a vehicle.