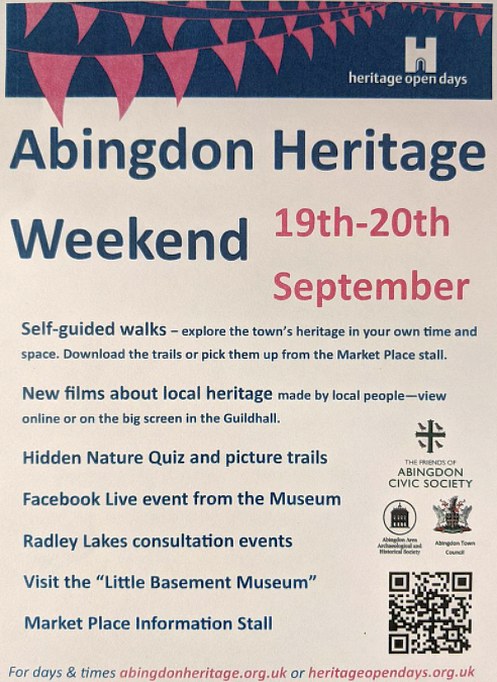 Heritage Open Days in Abingdon will run from 19th to 20th September. 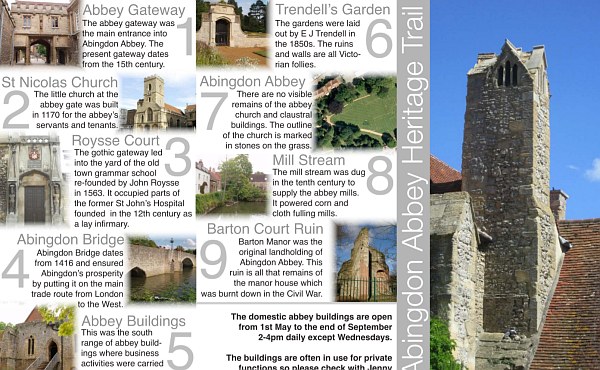 This year a lot of self guided walks have been provided. On Saturday 19th and Sunday 20th there will be a welcome desk in the Market Place where you can pick up printed copies. You will also get copies from abingdonheritage.org.uk. 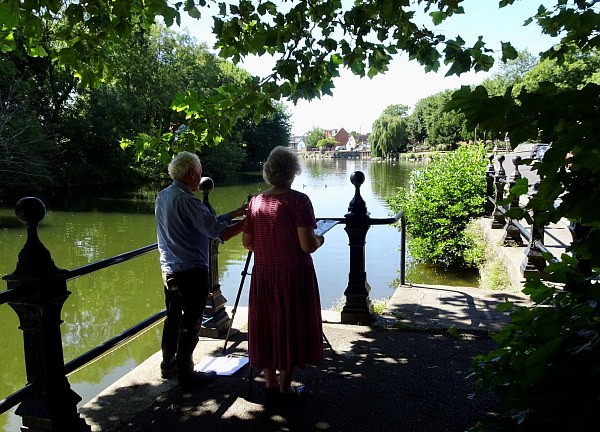 There will be 10+ films about Abingdon. The films will be shown at the Roysse Room on Saturday 19th. They will also be on general release round the world wide web from 19th September from abingdonheritage.org.uk. 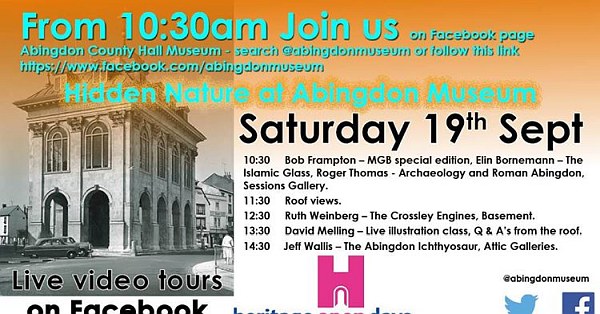 There will be Hidden Nature – a set of Facebook Live Events from Abingdon Museum.

In East St Helen Street some houses will have their histories in their windows, and The Little Basement Museum is open to the public (for more information click here).