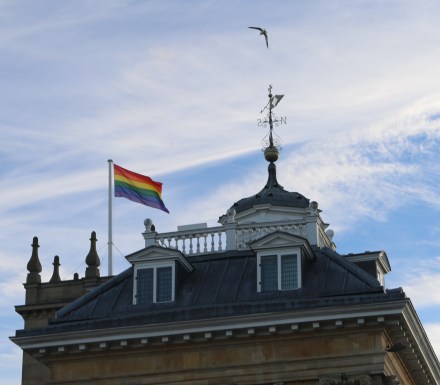 A Rainbow flag is flying over the County Hall in Abingdon-on-Thames for the first time. The flag is a symbol of LGBTQ Pride, and June 1st is the start of Pride Month.

Town Council policy has changed now that the Lib-Dems have taken over from the Conservatives on the Town Council. The Lib-Dems supported the flying of the rainbow flag while in opposition. It became an issue two or three years ago.