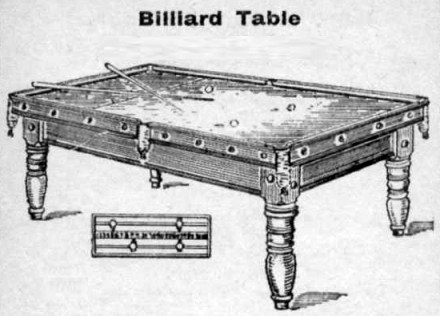 At the Abingdon Borough Police Court on Thursday, George Taylor, labourer, of Ock Street, was fined 6s, including costs, for allowing his chimney to be on fire.

Col. Robert Joyce Clarke, formerly of the firm of Messrs Clarke, Sons and Co., Abingdon, for many years the popular Captain of the Abingdon Territorials, and a former Town Councillor, and who has been awarded a D.S.O. in the late war, has been in command of a Machine Gun Corps in Italy, and has now taken a similar Corps to Russia.

Dr C. R Scott, M. B., Abingdon, Commandant of the Local Red Cross Hospital (Tesdale House) has received (in appreciation of his generous services) from the staff and friends, a cheque wherewith to purchase one of the Hospital billiard tables for his home use, and as a relic of the happy associations connected with the Hospital and patients.

A children’s fancy dress dance took place at the Roysse Room, Abingdon, last week, in connection with the Children’s League of the Pity Branch of the S.P.C.C. (Society of Prevention of Cruelty to Children). There were upwards of 40 present, and a sum of nearly £5 was raised for the funds of the League.

The Church Council have decided to inaugurate a plan for the building of a Church Memorial Hall. The Abbey Mews, a piece of ground near St. Nicholas’ Church, in the Market Place, has been secured for the sum of £850. The approximate cost of the present scheme is stated to be £3,000, and appeal for that sum has been issued.

Abingdon telephone wires are now being laid on the underground system.

Abingdon Board of Guardians met on Monday last, at the Board Room at the Institution. The meeting decided to go back to pre-war holding of those meetings -fortnightly instead of monthly. There were about 40 applications for the post of Master and Matron of the Union. Four of these were selected for interviews with a sub-Committee, and the report submitted at this meeting. The Board elected Mr and Mrs Charles Howard, of 170, Battersea Bridge Road, salaries of £60 and £55 respectively, with board, residence, etc., at the Institution. Mr Howard was Master of the Uppingham Workhouse from April, 1910. During the war the Institution was taken over by the Military authorities and converted into a V.A.D. Hospital. Mr Howard then joined the Army and served three years in France and Italy. Mr and Mrs Howard have had experience of Poor Law work in London.

The Vicar of Abingdon states in the Parish Magazine for this month that the Vicarage House in Park Crescent is too large and expensive for the income of the living, and is very inconvenient in position for the Vicar as well as for those who may wish to see him, and asks parishioners interest themselves in securing suitable residence as a Vicarage. 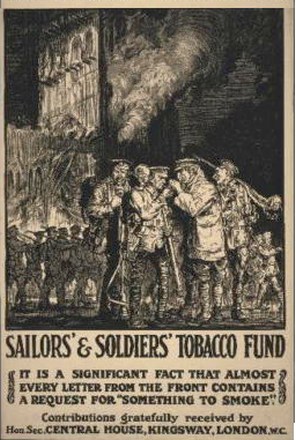 The Abingdon and District Alexandra Day Committee, at a recent meeting, fixed Saturday July 12th. for this year’s celebration in Abingdon and district. The accounts for the period of 1914—1918 shewed net proceeds of £2,264 from the various organised events. This sum had been distributed as follows Local general hospitals, £747; British Red Cross Society, £705; Belgium Relief Fund (local) £250; Y.M.C.A. Hut Fund. £212; Abingdon Red Cross Hospital, £143; smokes for sailors and soldiers, £104 ; and Dunstan’s Hostel for the Blind, £103. 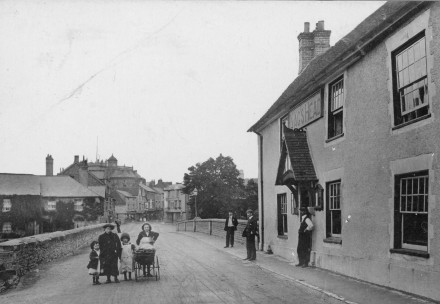 Colonel R. J. Clarke, Royal Berks, formerly Captain of the Abingdon Territorials and a Town Councillor of Abingdon has received a further honour, having been awarded the Croce di Guerra by the King of Italy.

The Abingdon Town Band have started their pre-war entertainments of out-door dances in private grounds lent by residents.

The amount of the appeal of the Abingdon Roysse School War Memorial Fund has reached the sum of £1,034, towards the erection of a new wing to the School building and a Memorial Tablet.

The annual Rogationtide Processions to allotments by the Abingdon Church Clergy, Choir, and congregations took place on Sunday after Evensong. A procession was also held in tho afternoon by the school children to the school gardens. Hymns and prayers for the blessing of the crops were heartily joined in by a goodly number present.

The quarterly meeting of Abingdon Town Council was held on Thursday evening, the Mayor presiding…

An agreement with the Abingdon Pavlova Leather Factory for the disposal of their trade effluent has been made for a further six months. The Thames Conservators had written to the Council on the subject of the effluent of the Corporation Farm and the pollution of the Thames stations, and that unless immediate steps were taken to prevent the pollution, proceedings would be instituted. The Town Clerk was instructed to reply that the work was being carried out as expeditiously as possible to remedy the grievance.

A Sub-Committee appointed in respect of the Nags Head Inn property on the Abingdon Bridge reported the present position of affairs in connection with the site of the property pending between Christ Hospital to whom the property belonged, and Major Goldman who wished to acquire the property for his private use, and also the Hostels Company, Ltd., and that the following restrictions had been sent to the Hospital Governors: That this Committee considers inadvisable and against the best interests of the town that any portion of the Nags Head property, as one of the few remaining riverside places available at present to the public, should be dealt with in any manner whereby access to the river such as hitherto existed would, or might be curtailed.

The Council decided to allow the sum of not exceeding £300 for the Mayor for Peace Celebrations in the Borough, and a Committee was appointed for the same.

Thankyou for the extracts to the Faringdon Advertiser and Vale of the White Horse Gazette – All Rights Reserved. Pictures from Ebay, and an postcard of mine.