The Guildhall reopened today after a major refurbishment. There were guided tours, or you could look round on your own and read the information sheets left in each room. A lot of people were taking the opportunity to visit, and it all looked fresh and interesting. 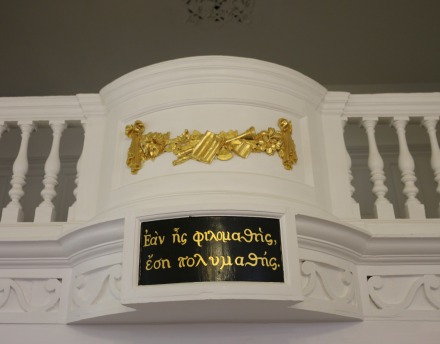 Coffee was being served in the Roysse Room. Quite a few people said they remembered coming to a wedding there. The  yellow ceiling with ornate white stucco, and white walls make this a bright room.

To show that it was once a schoolroom there was Greek on the balcony, and a birch rod in a case at the far end, donated by Old Abingdonian scholars. 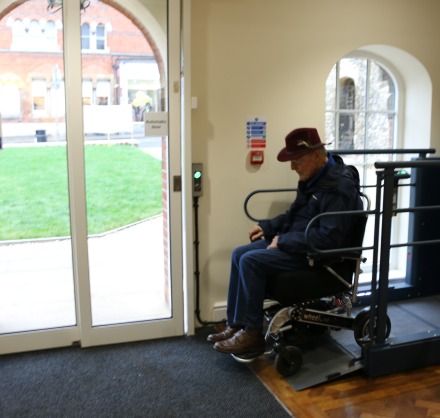 The new lift between the entrance and Magistrates Court worked well, but did need somebody to help open and close the lift gates and so does not seem to allow for full independence. 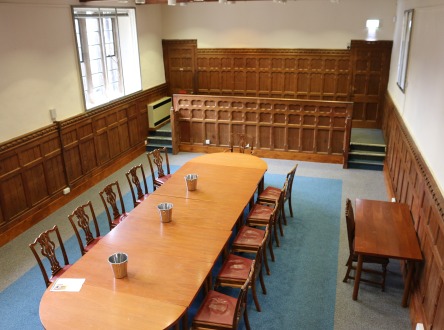 The Magistrates Court looked fresh and tidy, and smelled of furniture polish. There was the sound of creaking floorboards from the room above. A table was in the centre so this, like two of the other rooms, was being shown as a meeting room. There was some talk of it being an exhibition space, also of audio visual equipment. I expect it will be multi-purpose. 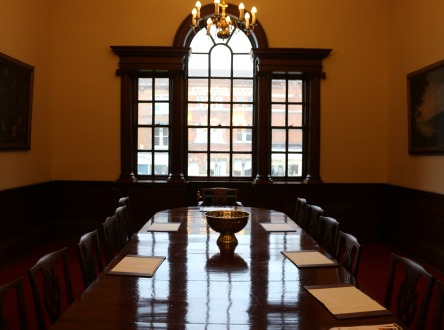 Upstairs, beyond any wheelchair access, the Bear Room had a shine on the table reflecting the grand window onto Bridge Street. There were paintings round the walls donated by Arthur Preston, the local historian and Alderman who was involved when the Guildhall was refurbished a century ago. He had documented things such as a hidden spiral staircase that came as such a surprise this time round, and appeared in the Herald. 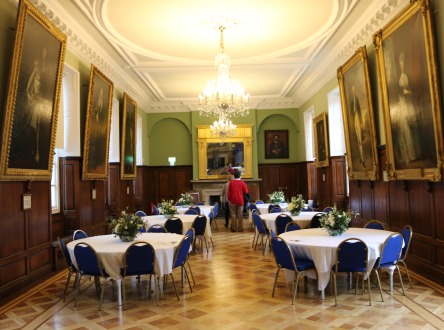 The council chamber, in two shades of green, had tables with cloths and floral decorations. The grand paintings were of Kings, and a Queen, and famous men with Abingdon connections. There was also a painting of Saint Sebastian being martyred. 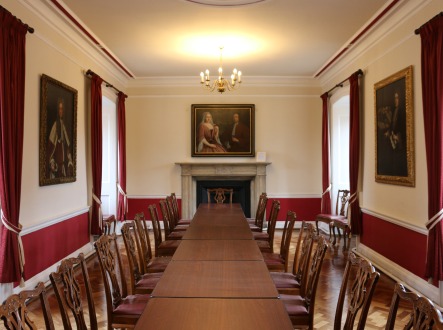 The Abbey Room, over the Abbey Gateway, had also been decorated with paintings, including one of John Creemer Clarke.

The connecting room and toilets were very modern looking in comparison.

I only heard one complaint and that is that the Tourist Information is not in the Guildhall yet. There is no clear direction for tourists in Abingdon to go to the museum where it is housed.