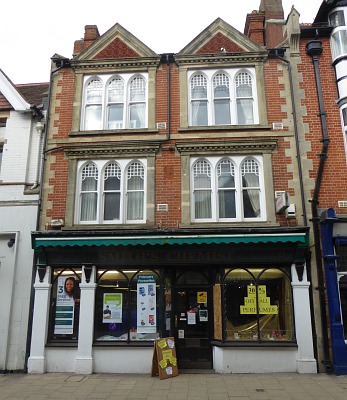 There has been a planning application P18/V2127/LB since August to turn 23 High Street into a new bar / restaurant. The premises was used for many years by Smiths the Chemist. The rear area was also used as a reading room by Abingdon Library.

Work is underway in renovating the basement and ground floor. The planning application says there has been flooding in the basement which will be tanked so that it can be used for storage and a restaurant area. The dispensary area will become the kitchen, and a modern flat roofed area to the rear will become an enclosed smoking area. 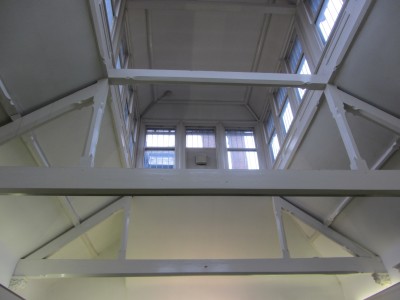 The lantern, above the former Abingdon Library reading room, at the back is an interesting feature.

The plans say no major changes will be done to the front view from the High Street apart from installing stronger glass.