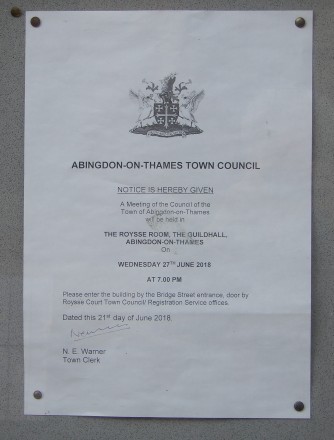 Another hot day and councillors at the town council meeting this evening did not have to wear the usual heavy robes. 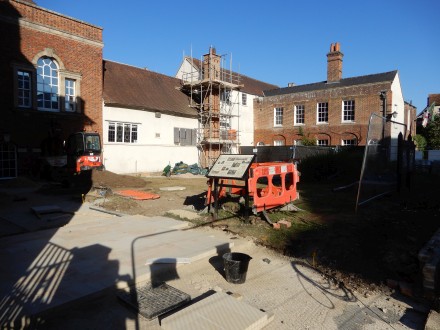 The entrance to the Roysse Room for the town council meeting was by a back door as the Roysse Court is being redeveloped.

Members of the public, councillors, and staff were asked to stand as the Mayor of Abingdon-on-Thames followed the mace into the room. Then Reverend Charles Miller led prayers. The Mayor, Councillor Margaret Crick, then presented cheques to groups who had been awarded grants including Abbey Brass, Abingdon Music Centre, Abingdon Rotary, and Smash badminton.

Three members of the public addressed the council before the meeting. Among them Pat Bryden wanted to set up a memorial for Alan Bryden, a former Town and County Councillor, who did a lot for the town. She proposed some improvements to some of the tourist maps in the town centre, and the addition of seats to some bus stops on the Oxford Road. She will provide the resources if the town council agree.

There followed a lot of questions about the town bus service, being paid for by the town council for £30K. It will run from Monday to Friday, 4 times a day and will go through South Abingdon between 9:06 and 14:56. It uses the route of the 41 bus that was previously subsidised by the County Council. It will run for one year from September 2018 – August 2019.

The meeting then went through all the committee papers since the last Town Council, and an audit of the Town Council accounts.

Lastly there was a discussion of three proposals put forward by town councillors. There is sometimes a misunderstanding that the town council runs the town. But for some matters they need to lobby the Vale of the White Horse District Council (VWHDC)  on important matters about the town. All three proposals were addressed to VWHDC and were unanimously agreed by the Councillors. 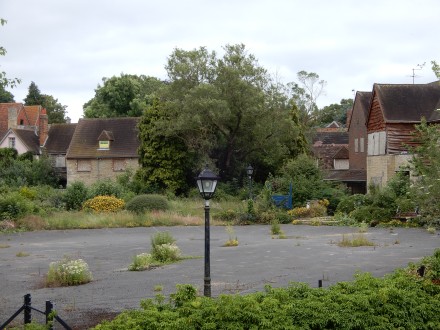 1. The Upper Reaches Hotel has been boarded up for three years. What is VWHDC doing about that, and do they have any legal powers to influence the hotel owner? A letter will be written from Town Council to District Council to try and make the current situation public.

2. The toilets at the Charter are disgusting. Money had been put into the VWHDC budget to improve them, and the car park. So how is that going, and what are the plans for the charter generally? A letter will be written from Town Council to District Council to try and make the current situation public. 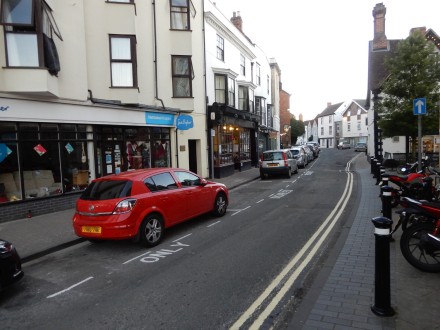 3. Parking enforcement is not top of the list of police force priorities but they currently control on street parking in Abingdon. In 2014 the VWHDC considered introducing civic parking enforcement, but rejected the idea. Could they consider it again in 2018 for the sake of the parking situation outside schools and the town centre? A letter will be written from Town Council to District Council