Thanks to a relative for this piece 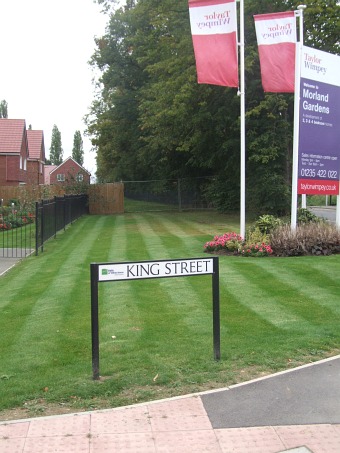 To commemorate the town’s first loss of the Great War a road in the new Morland Gardens development has been named after Private Percival Arthur King.

On the tenth of September, 1914, the people of Abingdon mourned their first loss of the Great War. Private Percival Arthur King of court 22, Ock street, was killed in action taking part in the first Battle of Mons while serving with the 1st Royal Berkshire Regiment, British Expeditionary Force. 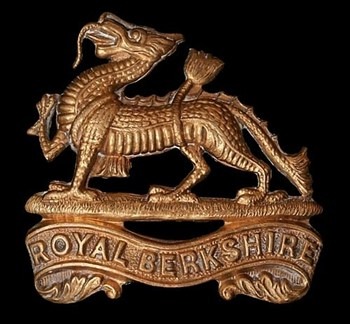 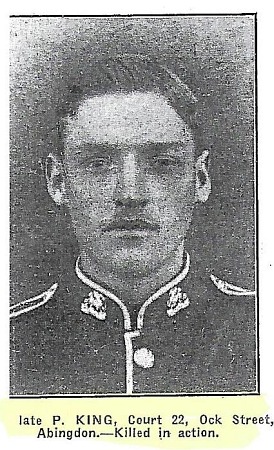 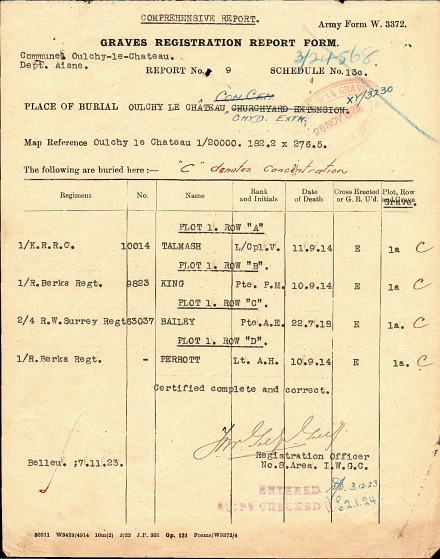