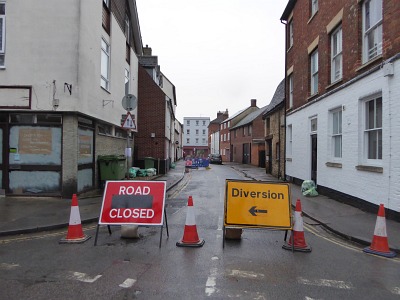 Lombard Street, a small road in the town centre, has been closed to vehicles for the last week as repairs to water pipes are carried out. The work should be finished by Tuesday 31st Jan.

Traffic has been denied this short cut between East and West St Helen Street during the closure. Even the recycling lorry has not picked up the green bags. 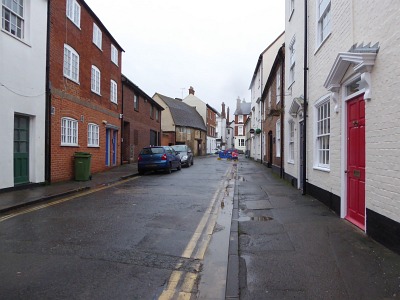 In 2006 the CPS (Crown Prosecution Service) moved from the Courtyard, off Lombard Street, and for a while the Courtyard was used by smaller businesses until becoming fully residential.

Macnab Clarke, the defence lawyers, also moved from Lombard Street after merging with another firm in 2015. They are now part of Cartwright King in St Aldates, Oxford, near the Police Station and courts. They are still available on call if needed at the Abingdon police station. 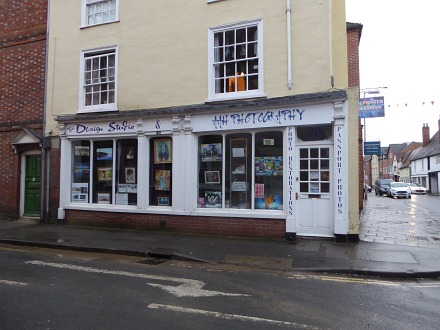 A few businesses remain in Lombard Street including Greenius, Kingwood, and Syndicut who share one property, and AAH Photography is on the corner of West St Helen Street.

1 thought on “Lombard Street has been closed for a week”