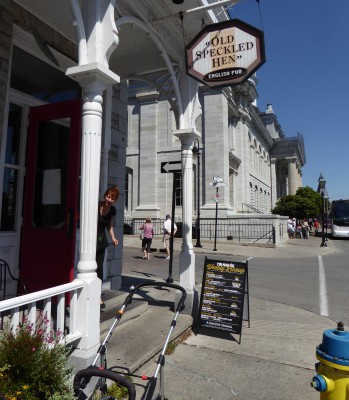 We are away on our summer holiday. As this is our thirtieth wedding anniversary we have travelled further than usual.

There have been reminders of Abingdon, 3,359 miles away.

Old Speckled Hen beer has reached Kingston, a Canadian city located on Lake Ontario. British loyalists retreated here from the independent United States of America during the American Revolutionary War (1775–1783). They helped defend Canada from USA attempts to expand the States northwards in the war that followed in 1812. 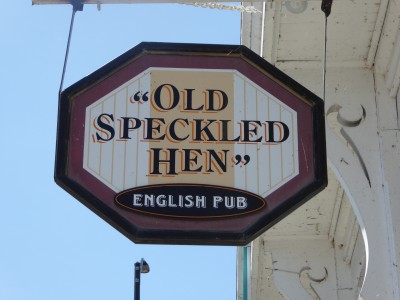 However Canadians have not taken to “Old Speckled Hen” as well as might be expected and three years on, from the inauguration of this pub, the beer, that originated in Abingdon is no longer available on draft, only in cans.

We will be back home in a few days, where A and J are holding the fort. Then a very busy week as Heritage Day is on 12th Sept, something I help organise, and there are events before and after. See abingdonheritage.co.uk. By the way if anybody has pictures of Victorian ancestors, who lived in Abingdon, please get them copied in the library where we are starting a collection.