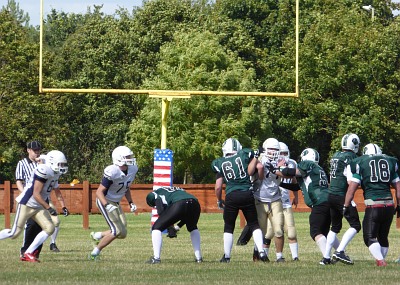 I was passing by the American Football Game between the Oxford Saints and a visiting team on Sunday at Southern Town Park in Abingdon.

After a period of stop-go action, both teams went off for a talk from the team coach. 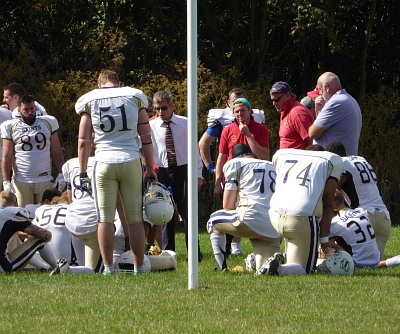 There are 45 players in each team and as the coach spoke quite a few of the Saints ‘took a knee’. The only thing I overheard was the coach say “you went in too high that is why you got hurt.”

I left wondering why they keep kneeling down when anybody gets hurt, or the coach is talking.

Is it because …
a) They are the ‘Saints’ and want to pray
b) They want to show respect to the coach
c) Sitting would look lazy and inattentive
d) Another reason ?

6 thoughts on “Oh Why the Saints?”