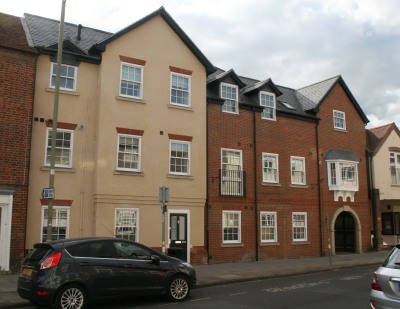 The conversion of town centre offices into flats has been going on for a while, but is becoming more and more common. The Solicitor’s Office in West St Helen Street are advertised as being ‘To Let’, or having been Let. So their conversion is nearly complete. 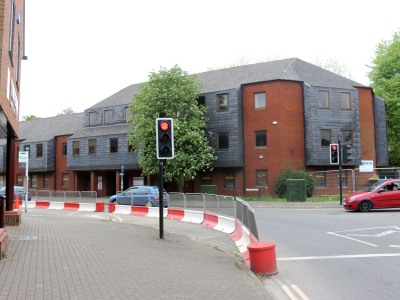 While the conversion of Publishing House, at the bottom of the Vineyard, is just beginning. There is agreement to turn the offices to flats. Work has already started, before the detailed plans are approved by the VWHDC (Vale of White Horse District Council). Details still to be approved include adding balconies to the first and second floor windows, and creating a small amount of amenity space to the rear for bins and cycles.

P.S. The Abingdon Blog reported in November 2014 that exploratory work was underway by Oxfordshire County Council to allow work to progress on reinforcing the River Stert in February / March 2015. The barriers are still there, and we are at the end of May.

7 thoughts on “Turning Offices to Flats”