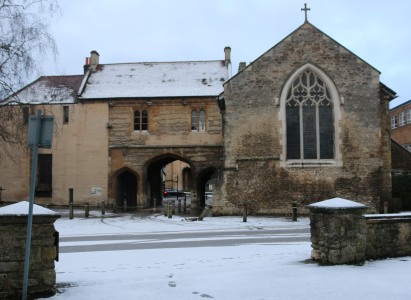 “Oooh, it snowed!” was my first thought on getting up this morning. I quickly filled up with porridge and set out, unshaven, with my camera. 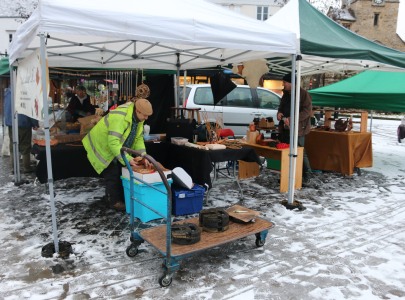 On Abingdon Market Place, stall holders were setting up the quarterly Local Excellence Market. Next one is May, then August. 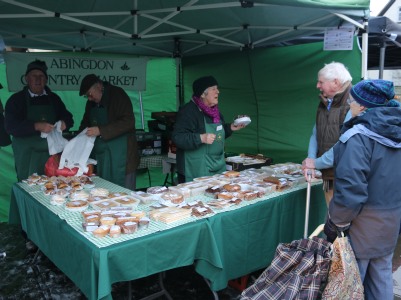 The big news is that the Abingdon Country Market are making their first appearance at the Local Excellence Market – as featured in last week’s Abingdon Herald. 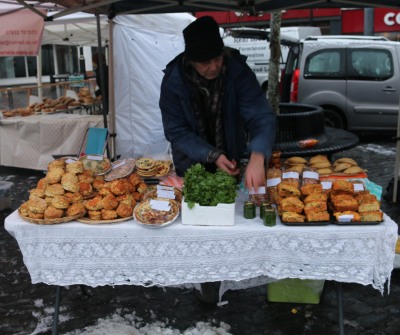 I also spoke to the man from the watercress stall. I think he said he was from Alresford, near Winchester. Watercress beds need spectacularly clean flowing water, and they use chalk-filtered water from bore holes. I gather there used to also be watercress produced at Ewelme, near Wallingford, but I don’t believe that is harvested anymore.

After the snow came rain, and it brightened up during the morning, and the snow melted.

I hope it keeps nice for The Wassail, from 2:30 to 4:30, at South Abingdon Children Centre.

2 thoughts on “Oooh, it snowed again!”