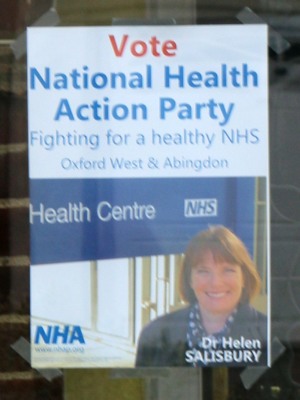 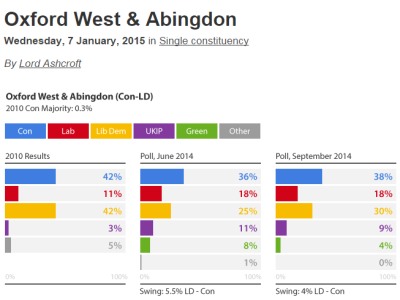 Since this is a marginal seat, Lord Ashcroft has been polling Oxford West and Abingdon as one of his 114 Constituency Polls.

The District Council and Town Council elections will be on the same day. There will be a Town Council meeting this Wednesday (28th Jan at 7 pm at the Guildhall), including a discussion on the future of the Guildhall. So if you are interested in standing, why not go along and see what it’s like.