During 2014 there have been a number of events in Abingdon commemorating the centenary of the start of World War I. 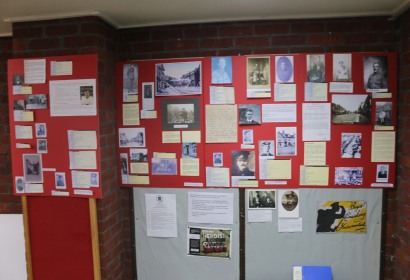 Abingdon Library are still collecting information about people from Abingdon who served in WWI.

In the Abingdon Free Press and Didcot News, 100 years ago, there is a comment that Christmas celebrations, at home, should be subdued because of the vacant places round the hearths of many families with sons, and older brothers, serving in places of danger – even more so, because of bereavements – “Weep with those who weep.”

The Free Press also mentioned that the members of the Royal Naval Air Service, billeted in Abingdon, had arranged a ‘capital’ concert at the YMCA Social Club Rooms in Ock Street.

In the same paper there is another comment – some local traders were asking why fewer service men were billeted in Abingdon compared to other towns. Service men were good for trade.

3 thoughts on “A Subdued Christmas in Abingdon 100 years ago”