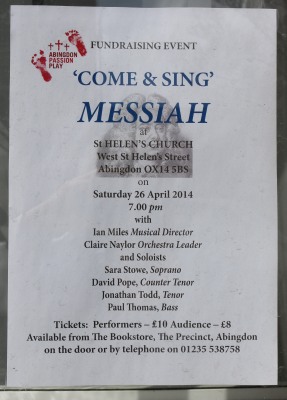 Yesterday, at St Helen’s Church, there was a fund raising event for the Abingdon Passion Play production in 2016. 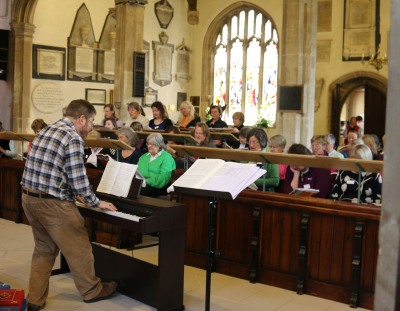 Singers were asked to take part in Handel’s Messiah, the first and great English oratorio. In the morning they had vocal warm-up, workshops and rehearsals led by the musical director Ian Miles.

In the afternoon rehearsal they were joined by Soloists and orchestra, and then there was an evening performance. The audience was not as large as such a performance merited. Lynn tweeted me “Messiah incredible where were the towns folk?“

7 thoughts on “Come and Sing Messiah”