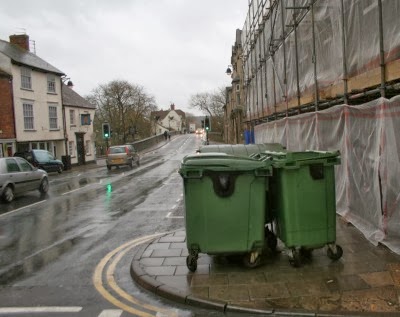 At the end of 2013, there appears to have been no progress in finding a solution to the bins at the bottom of Bridge Street. At one time they were hidden away behind the Old Police Station, but once development started they lost their home, and have been in full view for about three years. 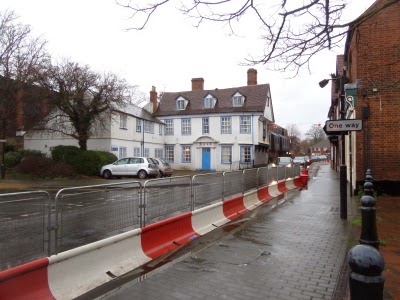 The barriers at the upper end of Stert Street have been there for two years now. Some partial work was done on stabilising the underground River Stert in 2012, at the lower end, but there has been no further progress since, and so that bus stop is still not in use. 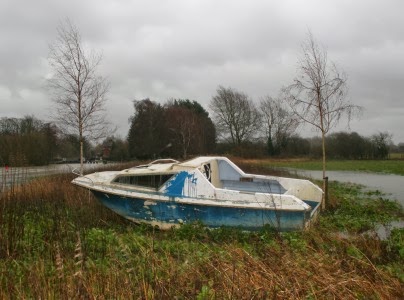 A boat has been in a field next to the River Thames for about a year – since it got beached in last winter’s floods.

They may not be high priorities but they are all very noticeable.