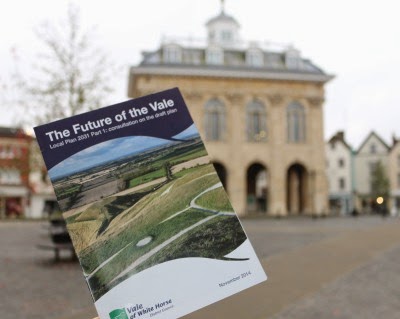 On 15th October the VWHDC (Vale of White Horse District Council) Council voted through the draft local plan until 2031.

The draft plan does appear at odds with recent central government advice that “councils must protect our precious green belt land“. The plan would remove land from the Green Belt between Oxford and … Abingdon and neighbouring villages such as Cumnor, Kennington and Radley. 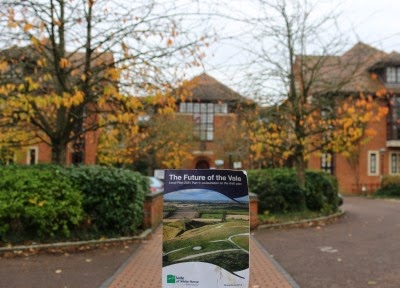 The draft plan will be submitted to the Secretary of State for independent examination, and local people have received a leaflet, called ‘The Future of the Vale‘. asking for comments about whether the plan is appropriate, achievable and in line with the government’s policies on planning.

You can read how to enter your comments here – until 19th December 2014. 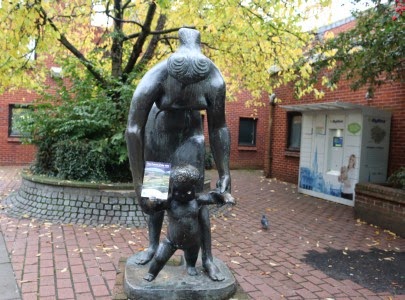 I suppose that if the plan is seen to be inappropriate, unachievable, or out of line with central government’s policy on planning, then the wild-west world of predatory developers – that has become such a feature of the coalition government – will continue. 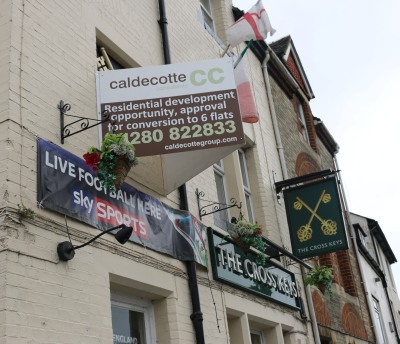 From the new sign above the The Cross Keys pub it can be seen that the company that bought the pub from Greene King are looking for a developer to take it off their hands . They have planning permission for conversion to 6 flats. 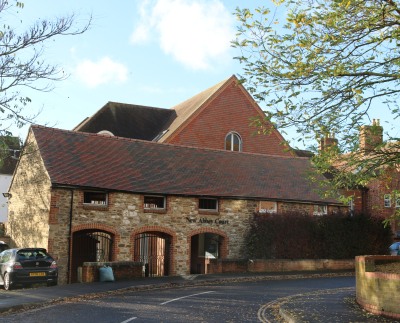 There was another meeting of the Vale of White Horse planning committee this evening at Wantage. The plans to demolish The Abbey Court Offices in Stert Street, and replace them with flats were back for further discussion because of amendments received from the architect on 30 October 2014 … “to reduce the depth of the third storey to reduce the impact of the proposal on the properties in Vintner Road and to create a more harmonious relationship between the buildings. The sizes of the units have also been reduced so the proposal no longer incorporates any three bedroom units.”

I don’t know the outcome yet.