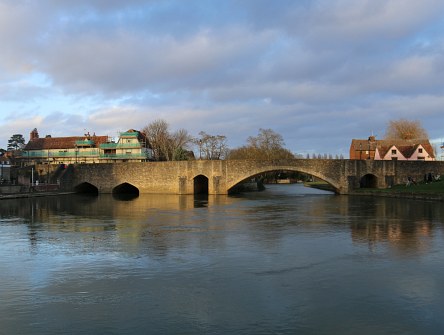 Dusham took over, and then refurbished, the Nags Head in 2012, and ran it until August 2019. He often carried out winter upgrade work. As a result the large island beer garden has been transformed. The Nags Head has its best months in the Summer with the River Thames and Nags Head Island being big attractions. 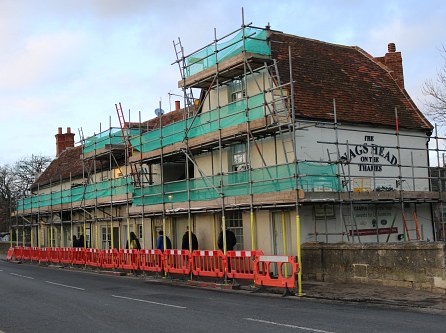 The Nags Head has been taken over by Brakspear. The name Brakspear rhymes with Shakespeare and originated with the Brakspear Brewery in Henley-on-Thames. They have 130 pubs. 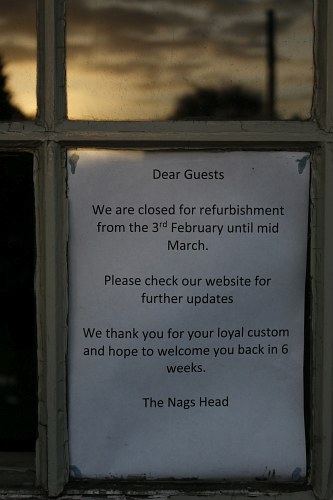 The Nags Head is closed for refurbishment during the winter months. 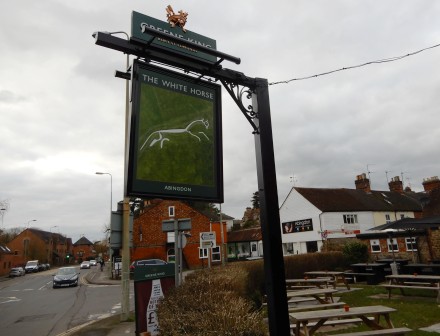 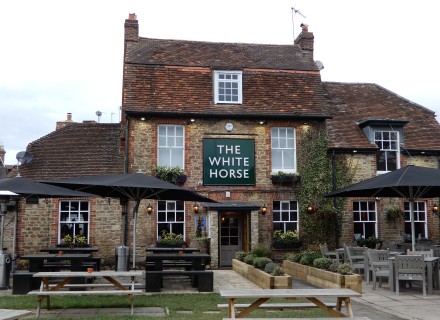 The pub has been there since at least 1830, when mentioned in the Pigots Directory. It looks a typical Ock Street building and is one of only two pubs now along Ock Street. The Morris Dancers used to have far more to dance at.

I don’t know what sort of horse the original landlord of the White Horse intended. Wikipedia says ‘ White Horse: the sign of the House of Hanover, adopted by many eighteenth-century inns to demonstrate loyalty to the new Royal dynasty.’

But in these changed times the new pub sign looks very nice to me. 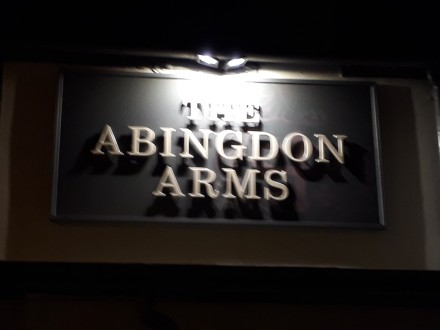 Last week I was at Wantage and passed the prominent sign of  the recently refurbished Abingdon Arms. The latest comment on facebook says ‘Brilliant honest to goodness PUB! Does exactly what it says on the tin. Wish there were more places like this and not the Slug and Cucumber brigade!’ 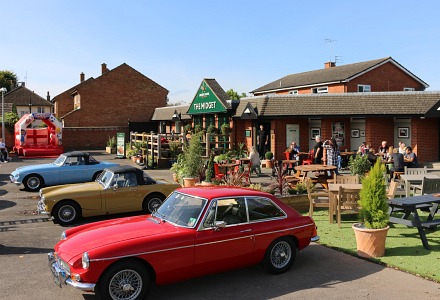 The Midget Pub down Preston Road, in Abingdon, has reopened after being closed for two weeks for a refurbishment. The MG theme is very clear in the reopening. MGs from the MG Car Club were there as part of the relaunch. 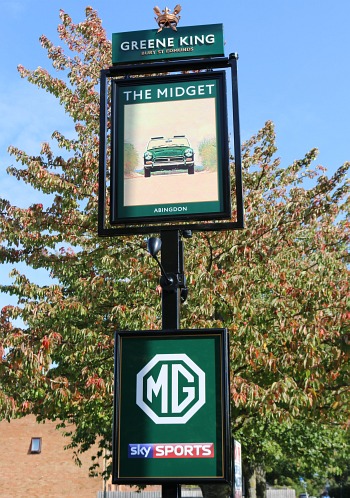 The new pub sign shows a large MG logo and a MG Midget. 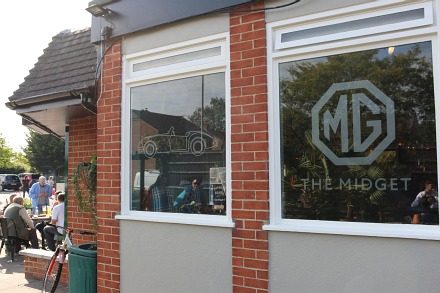 Windows and pictures all have the MG and MG logos. 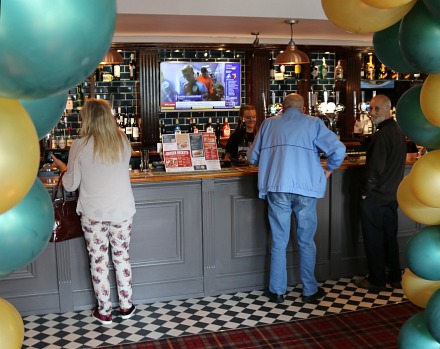 For the reopening there is a bouncy castle, face paints, kids Karaoke on Sunday, and a band playing. It was a lovely sunny day and it went very well. 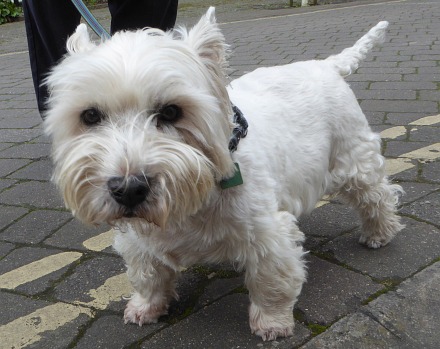 This is Jamie on his way to the Brewery Tap last Sunday lunchtime. Jamie was dragging his owners – he was so keen to get to the Tap and possibly a few morsels of Sunday Roast under the table. He enjoys going to all the Abingdon pubs, especially those that do good traditional food. 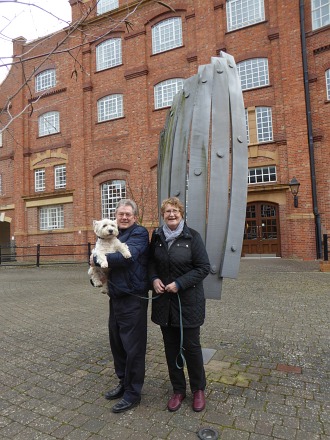 I met Jamie and owners coming through the Brewery housing development – near the Barrel sculpture. 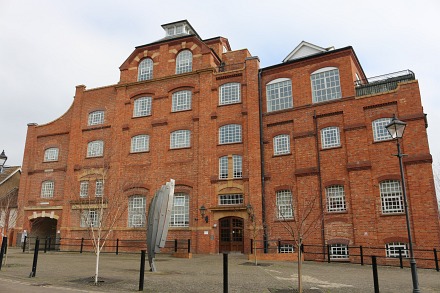 I had been taking a picture of the magnificent building behind.