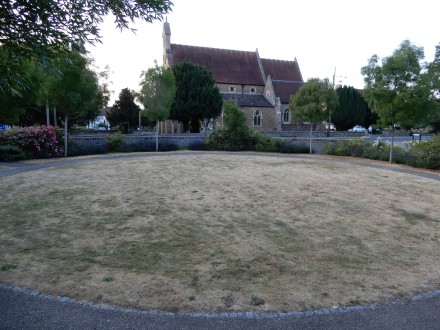 The grass here in Abingdon is turning pale. The circle pictured above is at Penlon Place, with Our Lady and St Edmund church behind. Part of grass’s natural life cycle involves becoming dormant when the roots can no longer get moisture or nutrients . The grass will turn green again when there is rain but there is no telling when that will be. 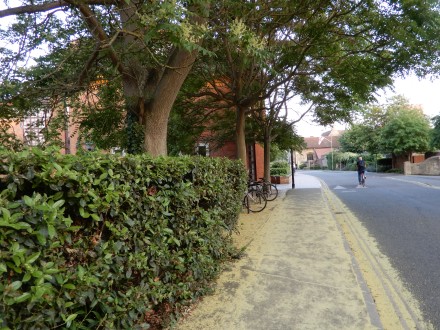 There is also a lot of yellow dust on the pavements around the civic car park, and council offices in Abingdon. The trees above have fronds of paired leaves – probably some sort of ash, and blossoms that fall as yellow dust. 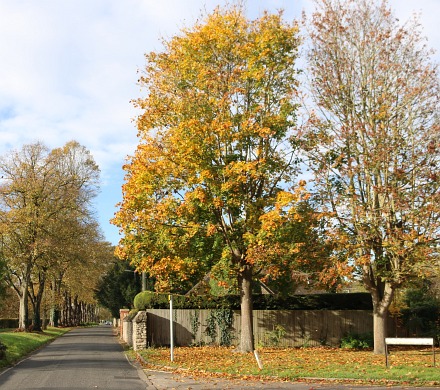 The first frost was on Monday. The first picture shows the avenue of trees along Caldecott Road in their autumn glory. 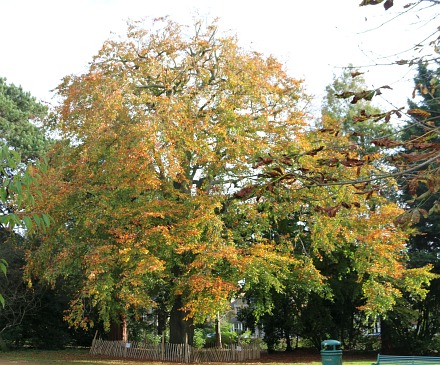 This copper beech in the Albert Park was shown earlier in the year with protective notices. Now it has a fence to protect the ground round the roots and to protect people from any falling branches. 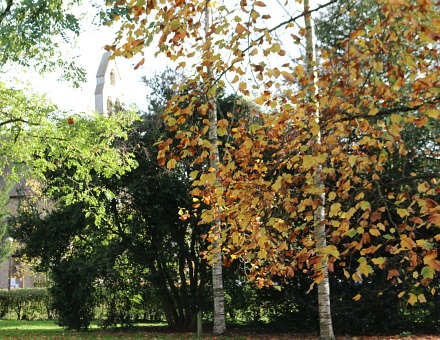 St Michael’s Church can be seen through the trees in Albert Park with their leaves a mixture of gold, dark evergreen, and pale green.

Michael sent this in … 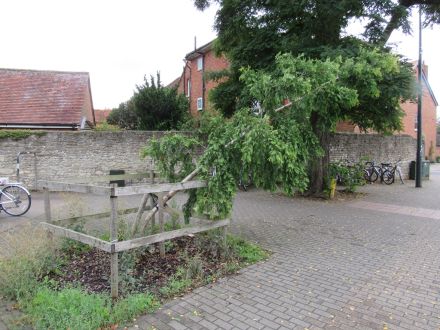 You may have seen this leaning tree at the Stratton Way/Bath Street junction near the Park Road barrier, which I identify as a Metasequoia glyptostroboides or Dawn Redwood, a rare and primitive species introduced from China. 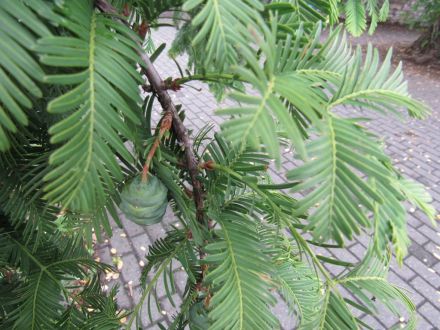 I attach some pictures. You are welcome to include them in the Blog and if you are able to help arrange for it to be replanted and the supporting structure repaired, I should be very grateful. Otherwise it may well die or be vandalised. 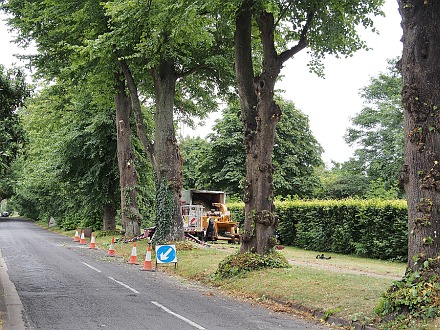 Peter said “How to make a beautiful road ugly. The trees just needed a slight trim not wanton vandalism!” Then later, “Much of the first few trees have been amputated, but then they stopped. The rest are still overhanging the road and probably need a trim. It makes one think, did they attack the wrong trees?” 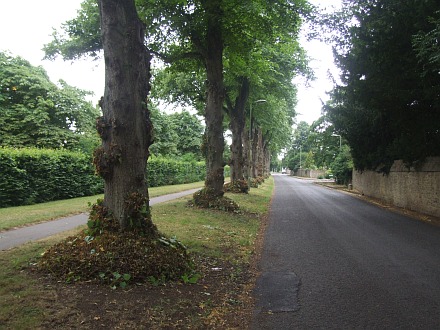 Captain Chaos says “Driving down Caldecott Road a fortnight ago I was horrified to see the first half a dozen Lime trees had been given a severe pruning, so much so I considered contacting council to ask the question why? However, going by next day work appeared to have stopped. Had they attacked the wrong trees thought I? Alas, yesterday the tree surgeons were back and the once beautiful, full of leaf, row of fine looking specimens have, in my humble opinion, been mutilated.” 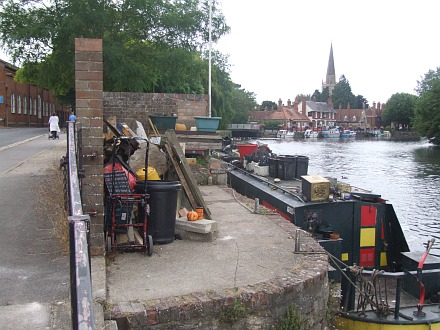 Captain Chaos adds that “According to the VWHDC planning portal the old Hanoi café site in Stert Street has a planning application for conversation to a Vintage furniture shop, to also include a Milk Shake bar.”

“Also there is an application to demolish “The Isis” bungalow on Wilsham road. This road is undergoing quite a transformation.”

He says, “I wish the VWHDC council would do something about the scrap yard that’s now taken over the headland where the old boat house had their fuel pumps. It does not a good impression to boaters arriving here.” 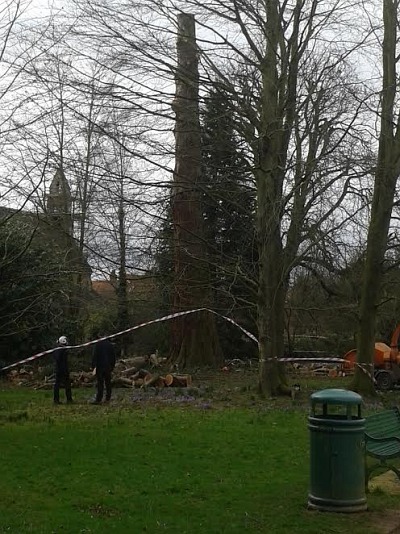 One of the large Wellingtonia trees in the Albert Park was undergoing drastic tree surgery yesterday. Thanks to Ben for the Picture. 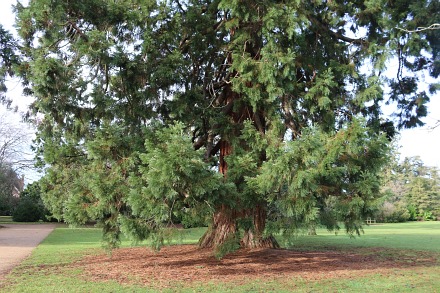 Wellingtonia are a familiar tree in Albert Park park, and there are about ten left standing. They are also called Giant Redwood.