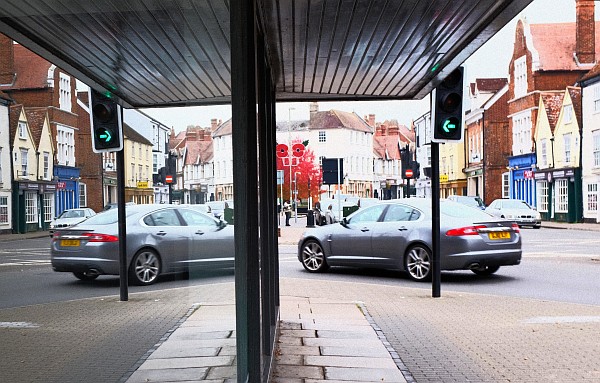 Cars turn from Ock Street into Stratton Way, and are reflected in the shop window glass.

I stood watching until the traffic lights changed. The liquid amber trees can be seen beyond in The Square. 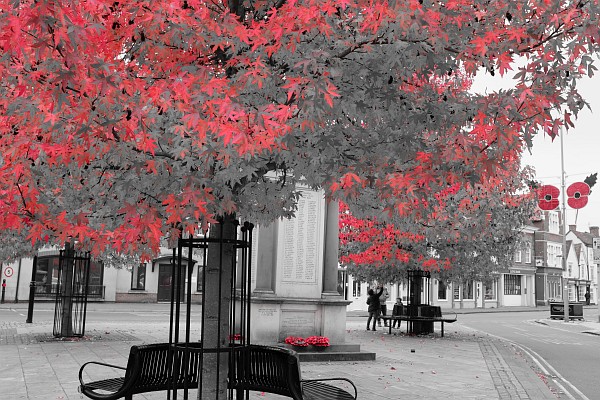 The Town Council have not yet said publically what form the remembrance ceremony will take. The big light-up poppies have been installed. Wreaths from the 75th anniversary of the end of WWII are still there at the war memorial.

Press the youtube button to watch a large version. 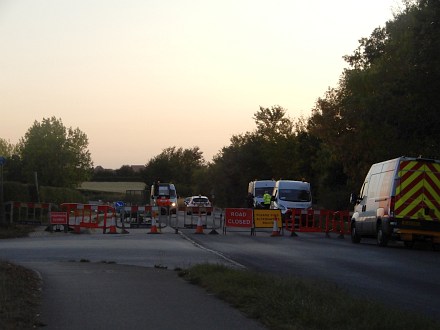 The road between Abingdon and Drayton was closed from early morning on 19/9/19 because of a gas leak. 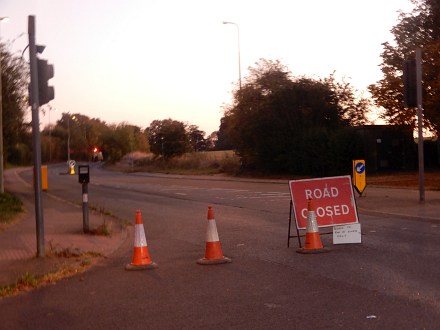 Most traffic trying to go south from Abingdon was turned back at the Preston Road junction. There was access only to Morland Gardens and Stonehill Lane, but not even pedestrians could get to Drayton along the Drayton Road, or from Drayton to Abingdon.

This caused wide diversions for Abingdon people who work at Milton Park or use Didcot Railway Station . They had to go the same way as everybody else out of South Abingdon. So the South Abingdon traffic was worse than ever – people turning and finding new routes.

P.S The road had opened with temporary lights at Stonehill Lane when I went past on Friday 20th at 8 am. 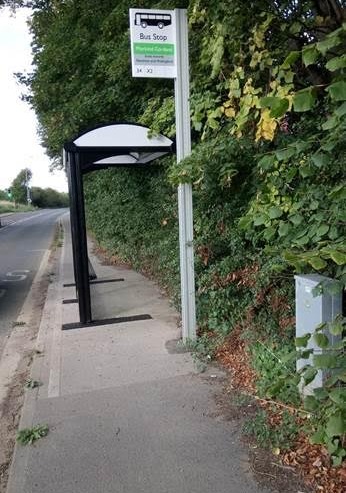 From Scott …
“Can I draw your attention to some idiocy by Oxfordshire County Council. They have put a bus shelter on the cycle path / pedestrian walkway just past the Morland Garden developments going out of Abingdon. This is very dangerous in my opinion. It forces bikes back onto the road, something the cycle path was put there to stop.” 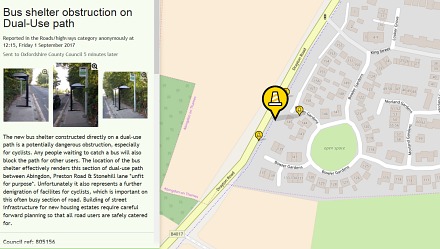 From Philip …
“… From the people responsible for this infrastructure there seems to be no understanding that an inadequate cycle path is often worse than none at all. When cyclepaths make a route unsafe the obvious response is to use the road. However this often results in ‘punishment passes’. I’ve been the target of aggressive driving on several occasions when choosing to avoid this cycle path …” 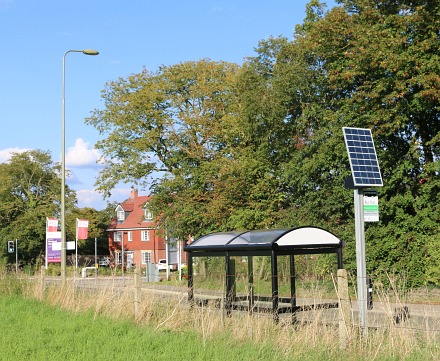 A shelter has also been added on the field side where there is room. I remember a few years ago that a bus shelter + seats were not allowed by the Foyer (opposite the war memorial) because there was not enough space.