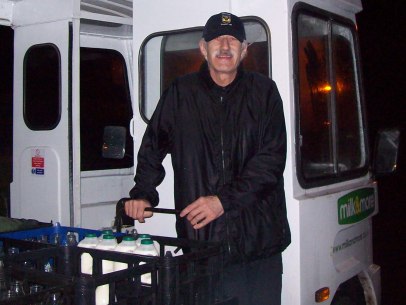 Thanks to Tim who got up at 03:00 am to get a picture of his milkman who retires today. He says that Graham (Williams) always came at this time, rain or shine. Graham has been doing milk rounds in North Abingdon man and boy for over 38 years. 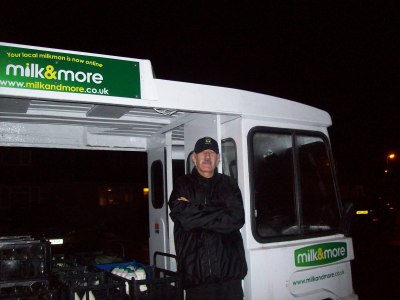 Tim has not found anyone who can remember the milkman before Graham, and he wanted to do a report to thank Graham for his many years of service and to wish him a happy retirement and a nice lie-in in future – if that is possible. 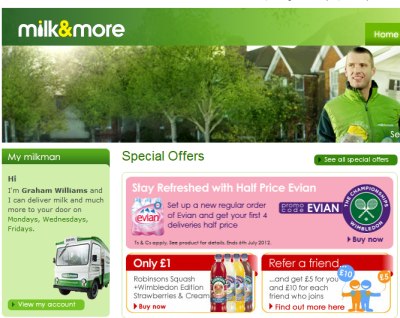 I learned from the web site of Milk and More that the great British milkman first appeared in the 1860s when the new railway network began to bring fresh milk cheaply and quickly to the towns. Loaded into churns, the milk was carted around and measured out into the customer’s own jug.

In the 1890s pasteurisation was introduced and allowed milk to be kept longer. This took off with the arrival of mass-produced bottles. The mechanisation of the milk cart followed.

In recent years milk deliveries have gone digital and you can order milk and many other products up to 9 PM the night before at  milk and more. So there could still be a future for Graham’s successor – the great British milkman & more.

10 thoughts on “Graham’s last milk round in North Abingdon”