Jean Jones once told me that she always read the Abingdon Herald obituaries because so often she would read about a friend’s passing there. In 2010 we said goodbye to Jean Jones.

In 2011 there were a few names I also knew in the Herald obituaries. Jean would have known more …

Pauline Selleck taught me and my wife to do the waltz and foxtrot two years ago at Abingdon Dance Studios. She was an excellent teacher. Pauline was born in Abingdon, attended Our Ladies Convent, and taught ballroom dancing from 1953. She ran the full-time dance school in Swinburne Road which her daughter Liz continues to run. Pat Lonergan, when he was Mayor, gave her a Mayor’s award for service to the community. 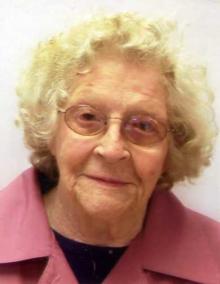 I first met Lilian Barry at a creative writing class at the Oxpens college in Oxford, about 30 years ago, just before I moved to Abingdon. In the class she specialised in humorous poems. I saw more of those poems when I moved to the Tithe Farm estate in Abingdon where she edited the residents newsletter for 15 years on a portable typewriter, and often ended with a humorous poem. She, and her successor Steve Annells, were the inspiration for this blog. She was the warden at the Jephson flats for 17 years and after retirement at aged 72 worked in a number of our charity shops until the doctors forced her to retire a decade later. 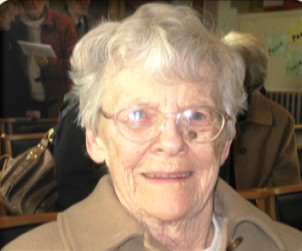 I often used to sit near Betty Flew at Trinity Church. She was a very kind but frail lady and I was very suprised to learn at her memorial service that she had been a nuclear physicist before retirement. Retired people often amaze me with things they have done earlier in life.

Angela Moreton-Smith was very active at St Edmunds Church and was friendly with my mum, and a reader of this blog. (Not sure I should be writing memorials in this blog. People can tell me if it seems wrong. But at the end of the year is a time to remember.)

3 thoughts on “Gone but not forgotten”