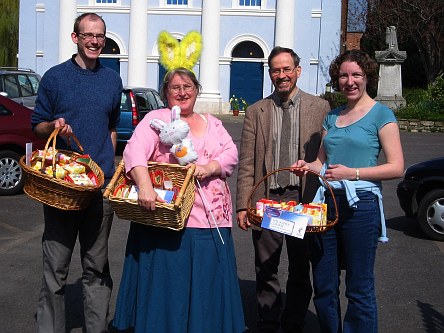 This photograph from Easter 2007 shows members of Abingdon Baptist Church about to give out Easter eggs.

We got news yesterday from Revd David Fleming (on facebook) that Beth Fleming ( in the centre of the picture), died in intensive care with complications following Covid-19.

Many of you will remember that she became the Chairmum of the VWHDC (Vale of White Horse District Council) in 2010-11. Married to David, she had four children, and took a degree as a geochemist. She had run all sorts of breakfast clubs, and scout troops, and toddler and baby clubs over the years – some at school, some at Abingdon Baptist Church where David was the Minister. She put family before self and showed what a mother should be, welcoming many into her extended family. This was good training for getting involved in Abingdon local politics and becoming the chairmum of the district council. Her genuine concern for other people helped her win her council seat.

She was a great support to David as a Church Minister.  She met him as a teenage member of Cemetery Road Baptist Church  and saw the potential in him to be a minister long before he knew himself. As chairmum, David became her escort in turn.

After leaving Abingdon David and Beth have been at Limbury Baptist Church in Luton for several years.

Our thoughts are with David and family. 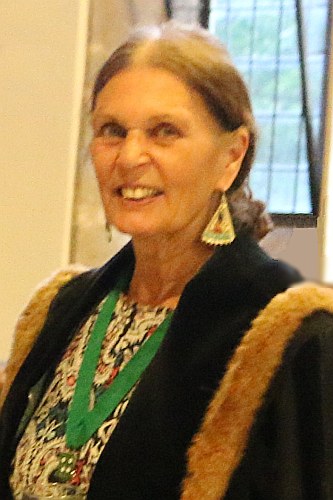 Very sad news of the death of Jeanette Halliday on April 17th 2020, after being ill since Christmas.

Jeanette was the Mayor of Abingdon from 1998-9, and continued to serve on Abingdon-on-Thames Town Council until she died. She has been on the Town Council for about twenty years in total, and was the Chair of the planning committee on the current council. Her husband Jim is another long serving and dedicated councillor.

Jeanette was very good at talking to people and taking up their concerns and getting things done. She was independently minded and full of humour.

Many people will remember her as a driving instructor in Abingdon back in the 1980-90s. More recently she ran a holistic therapy clinic.

We will have to wait until the Pandemic restrictions are lifted for a Thanksgiving Service for everybody who knew her. Current rules allow a small private service. Our thoughts are with Jim and her family.

There is a fuller obituary on the Town Council web site at https://abingdon.gov.uk/abingdon-news/abingdon-thames-town-council/councillor-jeanette-halliday 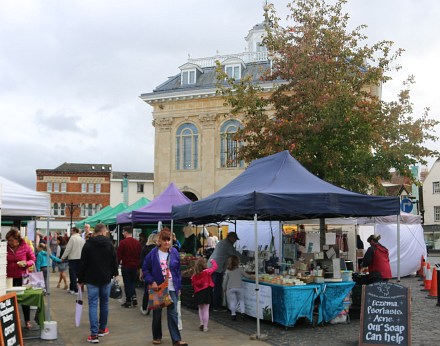 The Craft Market was in town today. 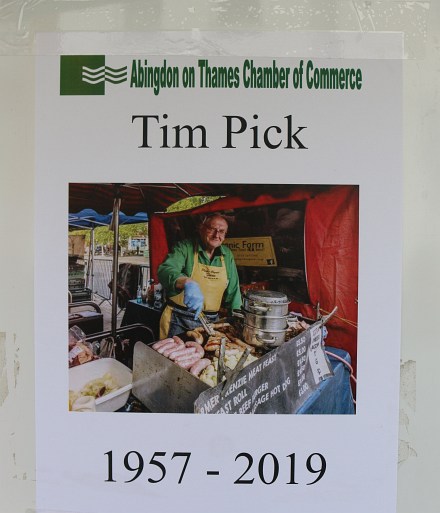 The Town Crier announced a one minute silence for one person who was not there. A poster was left where Tim would have usually been. 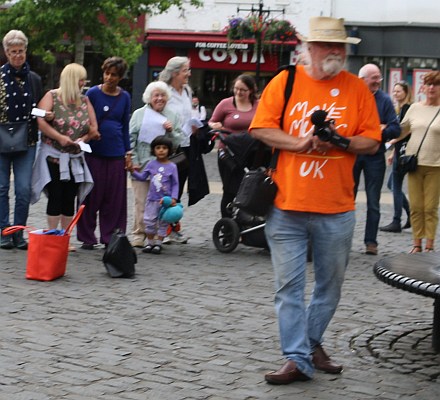 We also learned that Sam Prince died on Thursday. The picture shows him at the Make Music Abingdon event in June.

He was the Abingdon music impresario who staged many music events on Abingdon Market Place, and nearby. 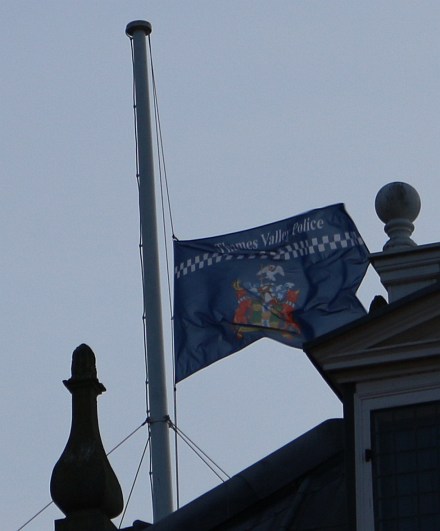 Above the County Hall, in Abingdon, the Thames Valley Police Flag is flying at half mast.

PC Harper, based at Abingdon Police Station, and part of a rapid response operation, was killed last Thursday, attending a suspected burglary between Reading and Newbury.