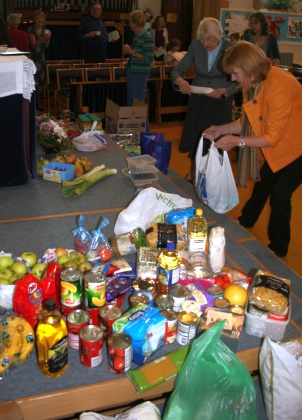 At Trinity we celebrated Harvest this morning. I think Trinity are earlier than most churches – so there is probably still the chance to take along some groceries to a church near you in the weeks to come.

Trinity were joined by The Lighthouse Abingdon Church. They normally meet in the Net Young People’s centre, but during the building work of recent months have met in Trinity’s Conduit Hall. 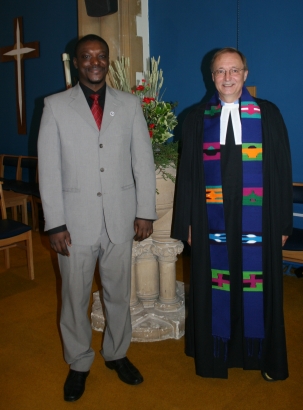 At Harvest today both congregations joined together. Michael, seen here in the picture on the left, and members of Lighthouse Abingdon should be back at the Young People’s Centre – soon. It is good to see Revd. Richard Bittleston, on the right, has made such a full recovery after he was struck down with a very serious illness at the start of May.