St Helen’s Church reopened last Sunday for the first service since the lockdown. So today was the second service. 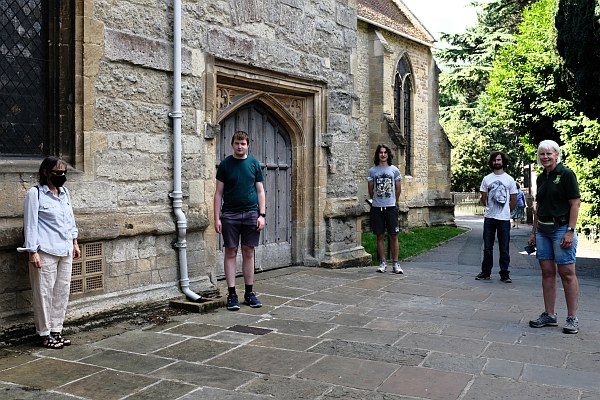 There was social distancing in the bell tower, with 5 bell ringers wearing face masks, and only using five bells. The other bell ringers watched from outside because there was not room inside.

The church opening was organised with covid-19 safe rules in accordance with government and Church of England requirements. There was a separate entrance and exit. Hand sanitiser was used on the way in and out. People sat 2 meters apart. There were 25 people in the congregation (that number could increase in weeks to come). People had pre-booked and left their contact details for track and trace. People were expected to wear face coverings unless there were good reasons not to. Doors were kept open so that there was fresh air blowing in. People could only socialise outside the church. There was organ music but as yet no singing under government Covid-19 church regulations. The service was shorter than usual. 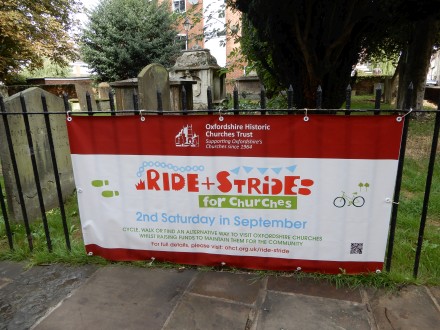 Since I no longer co-ordinate Heritage Open Days, and somebody else is already beginning to plan what happens in 2019, it was a chance to take part in Ride and Stride. This event ensures that a lot of churches in Oxfordshire are open to visitors on the same day – not a Sunday.

Participants get sponsored and the money raised goes 50% to their chosen church, and 50% to maintain Oxfordshire Historic Churches.

I began at my own church Trinity, Abingdon, where I got a very generous donation from the first two people manning the church. 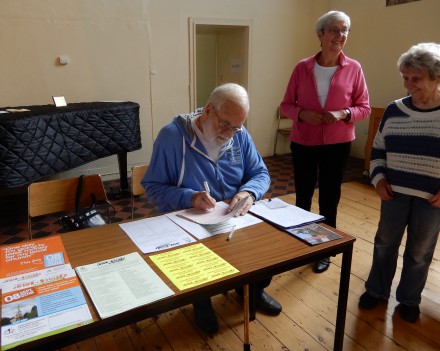 Then went to St Michael’s (pictured).

Abingdon Baptist Church may be closed for building work but they still had people with refreshments. 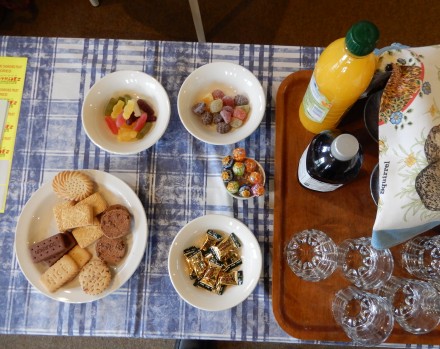 Churches offer drinks, and sustenance to people riding and striding round. All Saints had a good selection, including Jelly babies.

The people at a table in the Eden Cafe at Peachcroft Church were very generous and added their names to my sponsor form. Thankyou to them. 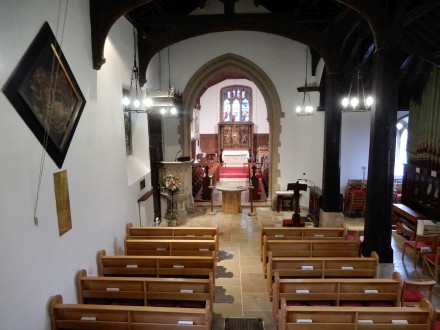 After an easy start with ten churches in Abingdon it was into new territory. Radley, and St James the Great… 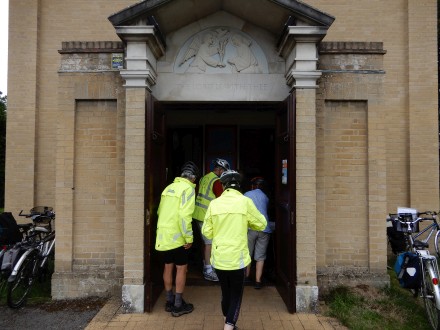 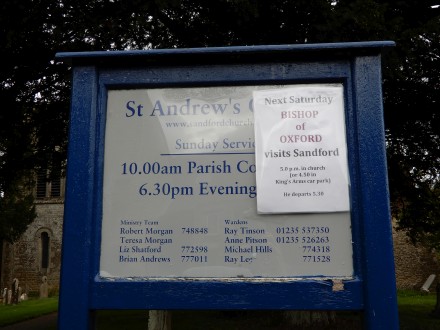 Sandford was expecting a visit from the Bishop of Oxford that afternoon, arriving by boat. 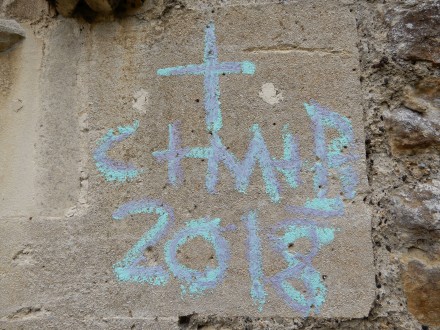 When I got to Littlemore, the Bishop had already been and left his chalked 2018 tag. 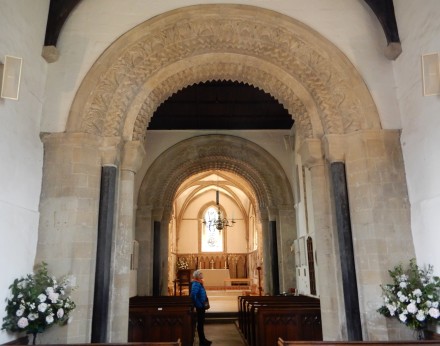 He had been to many of the churches in Oxford on previous days, including the unspoilt church in Iffley with its romanesque arches and John Piper Window. 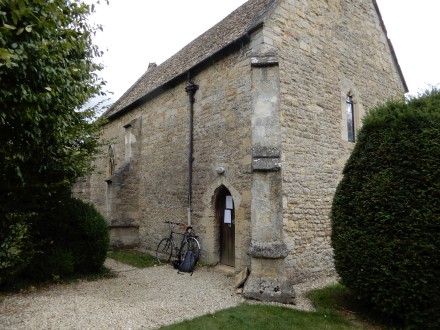 My ride took me down the Cowley Road, where I discovered Bartlemas Chapel (part of the former leper colony).  36 years ago I lived in Bartlemas Road and never knew that chapel existed.

Then it was into the centre of Oxford where a lot of churches were very busy because it was also Open Doors day. Christ Church College and the Cathedral had a one way flow system. Once in I just had to go all the way round collecting a signature in the Cathedral.

In the end I got round 37 churches and looked inside many I had been past but never looked inside before. I returned home up the Botley Road, and via Cumnor. It was a fascinating way to spend a day. 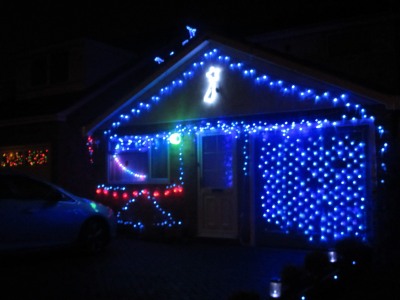 The days have been growing shorter and the nights growing longer. 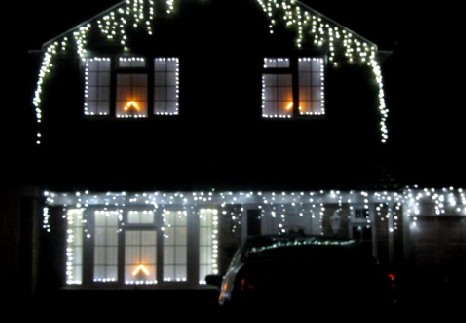 The lights that a lot of house owners put out at Christmas brighten what could be a depressing time of year. 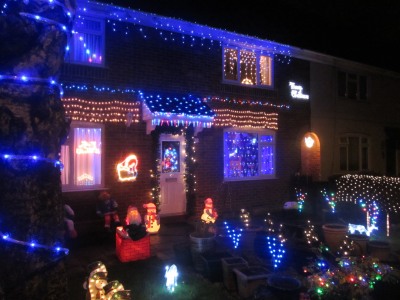 Such winter celebrations are supposed to have their origin in pagan festivals, decking the halls with bows of holly etc. … 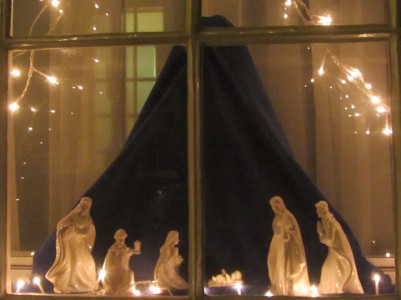 There are three months until the spring. So not a bad thing to have a good time and find new hope for the year ahead, whatever your beliefs. 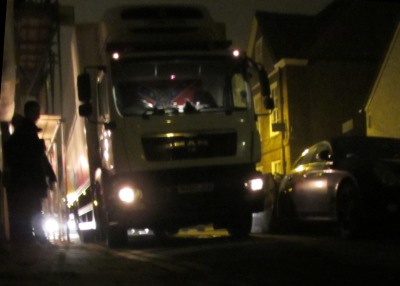 East St Helen Street was blocked by a Co-op lorry earlier this evening. The driver got out of his cab when he could not drive through the parked cars. 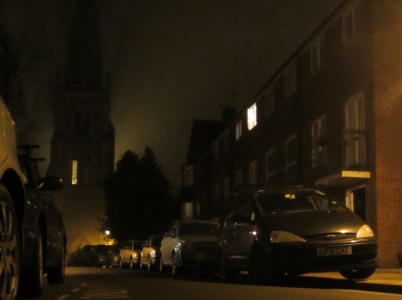 There was a carol service at St Helen’s Church and all the surrounding roads were chock-a-block with parked cars. Parents had desperately tried to get their children to church on time, and many parked wherever they could.