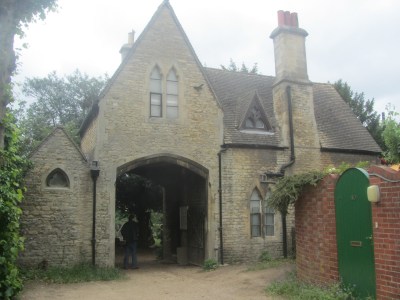 Through an archway off Walton Street in Jericho, Oxford, is St Sepulchre’s Cemetery. The residents of the cemetery include two masters of Balliol College, the superintendent of Oxford University Press,  and many other people. 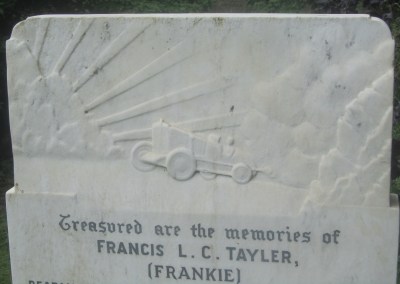 One of them is Frank Taylor (Frankie). There is the image of an MG racing car, made in Abingdon, on his well kept grave.  Frankie died in it.

The night before an Isle of Man race the world beating racing driver Kaye Don wanted to test out some improvements to his MG. He took along his friend, and mechanic, Frankie. They drove at night without lights, and cornering at 60 MPH hit another car. The MG overturned. Frankie died as a result of injuries received. Kaye Don was imprisoned for four months for reckless driving and that ended his career as a racing driver. 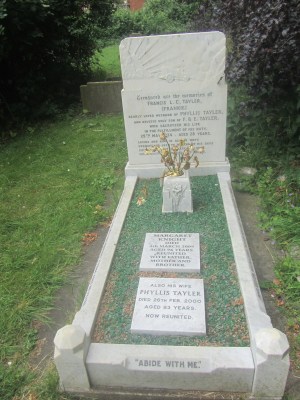 Frankie had only been married to Phyllis for ten months. She visited his grave for 66 long years until in 2000 her ashes were interred next to her young husband. That devotion is remembered locally as a life-long love story. Her tablet says ‘Now reunited’

3 thoughts on “A life-long love story”