The Town Council meeting was held in the old magistrate’s court and began with a minutes’ silence in memory of Brian Tonkin – Town Clerk from 1985 to 2000. The town flag was flying at half-mast for him. The silence was also for Johannah Aynsley, Guildhall Manager, from 2012 to 2016. The Town Council have a tribute to Brian Tonkin. The Oxford Mail have a tribute to Johannah Aynsley.

The council meeting was hybrid. Most councillors attended in person, but a few joined using Microsoft Teams. Virtual councillors don’t have quite the same privileges as physical councillors. 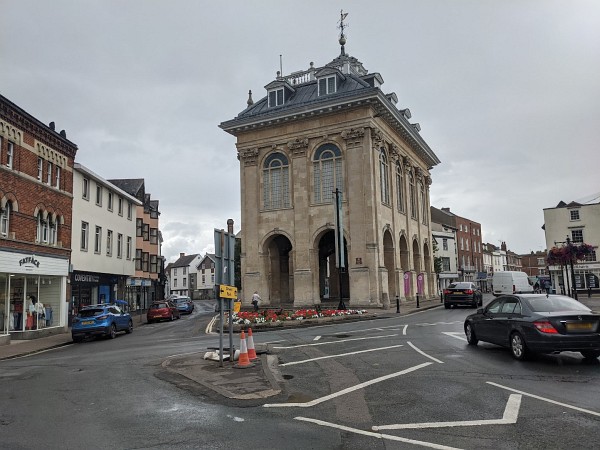 The meeting began with a presentation by Sustrans and Oxfordshire County Council on early design work to improve cycle and pedestrian links at the junction of East St Helen Street, Bridge Street, and Stert Street. People may remember there used to be a triangular island at the bottom of Stratton Way to provide three-way pedestrian access. A similar triangular island is proposed with three zebra crossings at this junction. Reducing the flowerbed by the County Hall would help make room for the island and give pavement access. There is no funding yet to do a detailed plan or undertake the work.

Only two committee papers were considered at the meeting, those of the finance and the community committees. The last Town Council meeting was a special meeting to consider the Jubilee celebrations. At that meeting, it was decided to make evening concerts free, using money from reserves to cover the extra cost.

A report from the County Council had the latest timing for the Lodge Hill Junction. Planning permission will hopefully be submitted in September 2022. 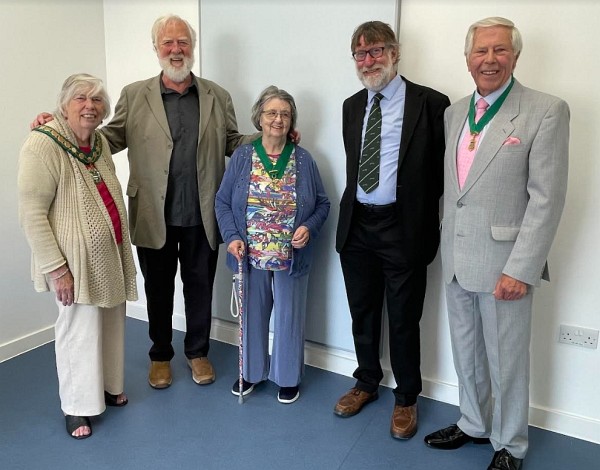 Town Councillor Jim Halliday has been made an Alderman by VWHDC (Vale of White Horse District Council). This honour is similar to being made a Freeman by the Town Council and allows him to attend all ceremonial events. Dr Jim Halliday (in the dark suit) was a VWHDC councillor from 1995 to 2015, representing three wards during his time. He began as a councillor for the Abingdon Ock ward and went on to represent Abingdon Northcourt in 2003. From 2007, Jim was a councillor for the Abingdon Fitzharris ward. He also served as Chair and Vice-Chair on the Scrutiny Committee and the Abingdon and North East Area Committee. (Jerry Patterson and Reg Waite were also made Aldermen.)

This year is a time for staff changes at the Town Council. Steve Rich recently retired as outdoor and facilities manager, and now the financial officer Susan Whipp has decided to move on.

There was a discussion of standards in public life. A national report from 2019 has led to changes. Central government wanted changes decided at a local level. Oxfordshire’s new standards set out how Abingdon councillors are expected to behave.