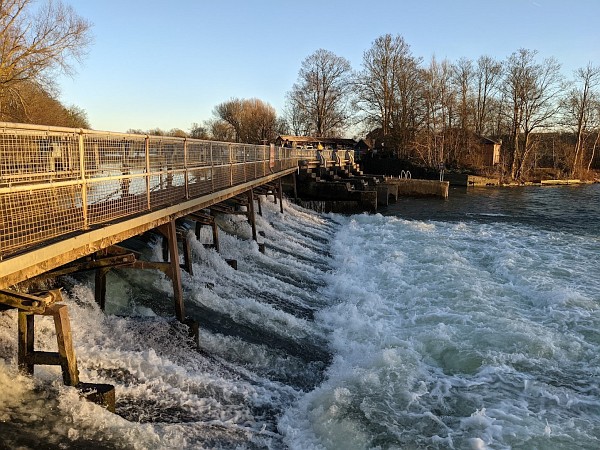 The City Daily Photo Theme for February was power but I am too late for that. It is February 3rd and entries have now closed. 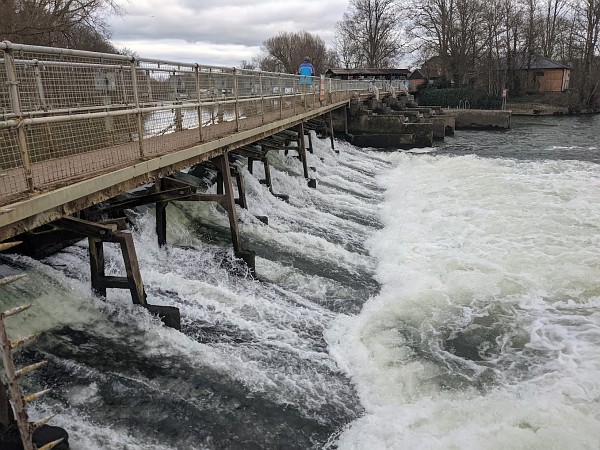 The weir is one of the seven wonders of Abingdon and could potentially generate several hundred horse power. A weir is a barrier built across a river to raise the water level on the upstream side, allowing water to flow steadily over. On the River Thames weirs are alongside locks, to let boats pass, and fish passes.

Here is a short video of the weir to show it deserves to be in the top seven.

9 thoughts on “The Seven Wonders of Abingdon”