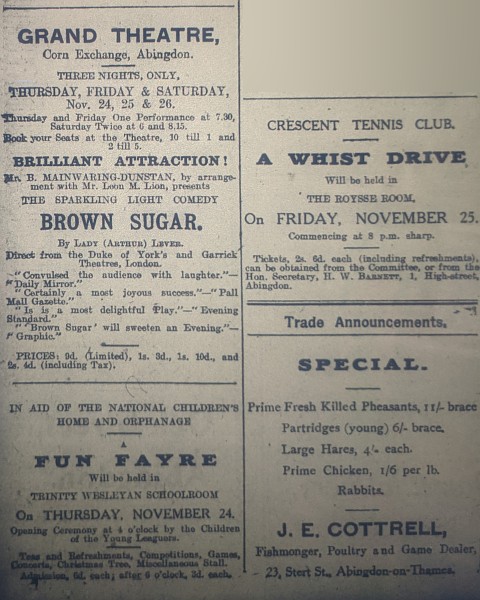 5th November
The Union (Workhouse) engineer has saved a kitchen boiler at a cost of £4 0s 6d, reported the Master at the Board meeting last week. The estimate for repairs by a firm was £28, and a new one would have cost £32. The Union inmates are again to be entertained by another series of Concerts at the Institution this coming winter. The first of the series was held on Thursday evening last. The programme was given by local talent, ‘Cheerios,’ and a number of visitors was also present.

Another skeleton was found on the Boxall estate building site at Abingdon last week. In the same vicinity where recently two skeletons were found, by the Abingdon Corporation in fixing a gully in a new road found a skeleton lying upon its left side about 4ft. under the surface of the ground.

ln addition to the four retiring members this year four other candidates went to the poll on Tuesday for the Abingdon Town Council elections. The retiring candidates were Councillors A. W. Morland, G. Saxby, F. Gibson and T. Tate, and the new ones Messrs G. W. Shepherd, G. F. Palmer (confectioner), D. Godfrey (sculptor), and W. J. Lawson (carpenter and builder). The election contest was chiefly on the housing scheme of the Council, who are chiefly for abandoning the full programme formerly adopted. There are 8,431 burgesses on the register and there were three polling stations. The result of the polling was follows: Gibson, 748; Godfrey, 733 ; Morland, 716; Tate 680. This means that 3 of the old retiring members are reelected, with Godfrey replacing Saxby. The figures for the remaining candidates were Shepherd, 662; Saxby 469. Palmer, 408; Lawson 406. 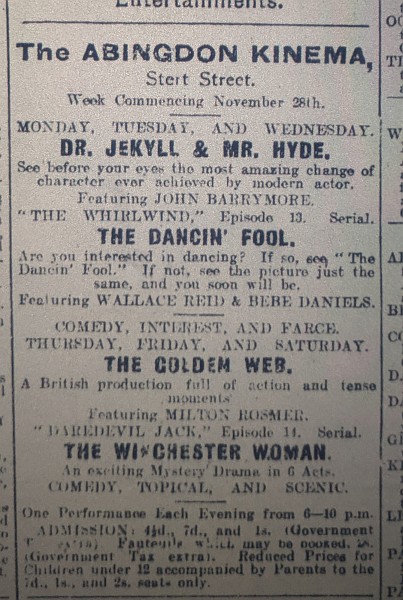 12th November
After two years of very successfully holding with dignity and courage the office of Mayor of Abingdon, Councillor R. W. Langford retired with the appreciation of the townspeople for his past service. The new Mayor is Councillor Claude Rippon, of Springfields, Abingdon, who was over three years ago co-opted as a member of the Abingdon Town Council, and last year was returned without a contest. Mr Rippon is an Oxford M.A., having graduated at Merton College, and took his degree in Natural Science in 1890. He is also editor and a director of the ‘Oxford Times’ .

On Sunday last, being the last Sunday in the Mayoralty year, the retiring Mayor of Abingdon (Councillor R W. Langford), who is Wesleyan, attended the morning service at the Abingdon Trinity Wesleyan Church, accompanied by most of the councillors and other public officials.

There was again a clean sheet at the Abingdon Borough Police Court this week on Tuesday.

The Abingdon Corporation workmen have had a reduction in wages of 6s per week, dating from Saturday last, Nov. 5th.

A whist drive in connection with the whist championship of St Dunstan’s was held in the Abingdon Corn Exchange on Thursday evening in last week, when there were 260 competitors. 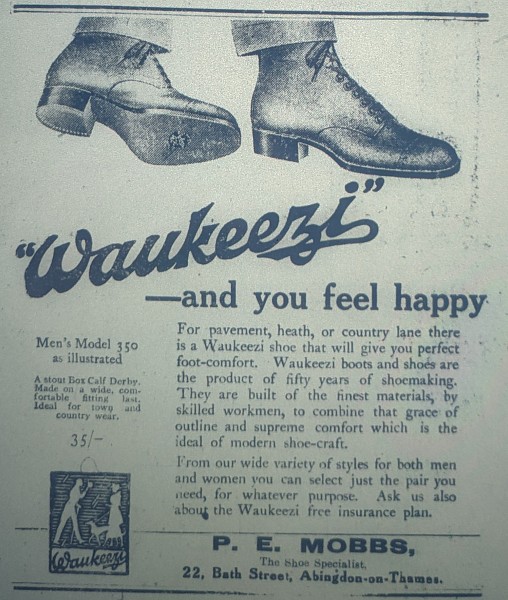 19th November
Mr T. Skurray has resigned his position as the Town Council representative on the governing body of Roysse’s School, and the Deputy Mayor, Councillor R.W. Langford, has been appointed to fill the vacancy.

The Abingdon Y.M.C.A. Harriers held a capital paper chase on Saturday last, about a 12 miles run.

The Abingdon Returning Officer’s expenses at the Municipal elections on November 1st amounted to £53 1s 5d.

The new Mayor of Abingdon, Councillor C. Rippon, proposes to set apart one hour each evening for the purpose of interviews by any burgess desiring to see him, when he will be the Mayor’s Parlour.

Armistice Day was duly observed in Abingdon on Friday last by a service. Many floral tributes were placed on the War Memorial, and the Borough Flag was lowered during the two minutes’ silence. The floral tributes included a chaplet from the Mayor and Mayoress.

The Abingdon local football matches on Saturday last included one in the North Berks League, played at Didcot between Abingdon Town and Didcot. The visiting team was much the stronger, and scored four goals to nil.

In the Berks and Bucks Junior Cup Competition the Abingdon Pavlova team met on their ground the Shrivenham team. The Pavs seemed to have the game entirely in their hands and ran up a score of 7 goals to 1.

The only business on the charge sheet on Monday was a summons against John George Hunt, engineer’s fitter, of the Terrace, New Northcourt, Abingdon, by his wife, for persistent cruelty, which caused her to live apart from him. Neither party appeared, but the defendant had written a letter to the Bench stating that his wife had returned to him. The case was accordingly dismissed. 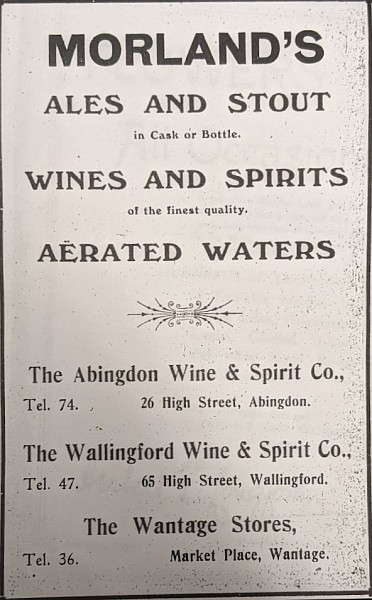 26th November
At St. Helen’s Church on Sunday afternoon from 3.30 to 4.30 an organ recital, with anthems and other sacred music was given. There was a large congregation.

The Abingdon members of the Berks Archaeological Society had an interesting lecture by Mr E Thurlow, assistant keeper of the Ashmolean Museum, Oxford. The subject was ‘Material for a local museum.’

At the Wesleyan Schoolroom on Wednesday evening a lecture on church music was given by Mr J. Ingham or Roysse School, Abingdon, the lecture being illustrated by the choir as to the different types of singing. There was a good and appreciative audience. 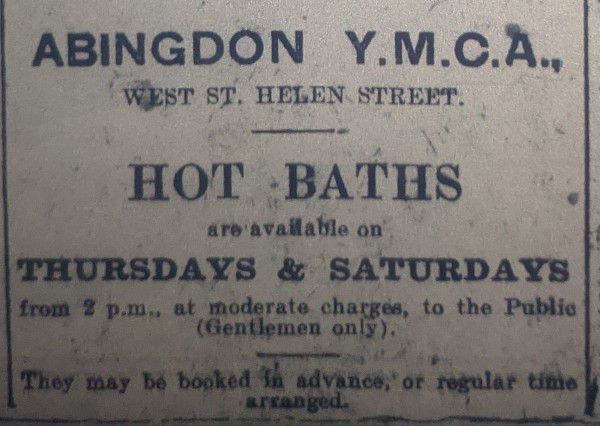 Brought to you by our sponsors: Corn Exchange, Kinema, Morland, Mobbs, and Abingdon Y.M.C.A. Hot Baths.