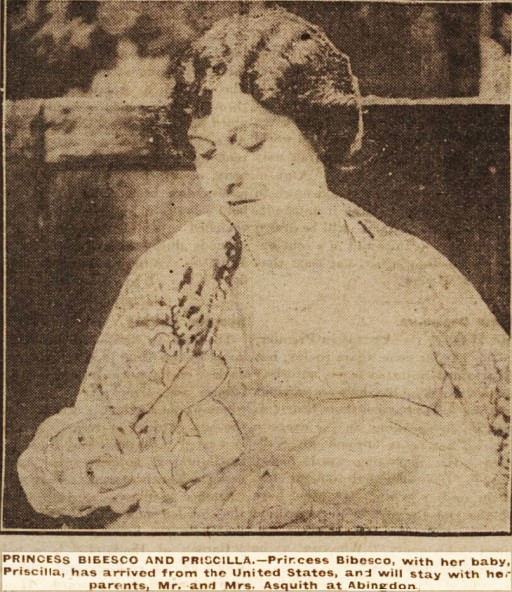 There were no special holiday attractions in Abingdon on Monday, the day being chiefly spent in boating, picnics &c. Railway day excursions to the seaside took a goodly number and the attractions in the immediate neighbourhood was a garden fete at Sutton Courtenay Manor House, opened by Mrs Asquith.

A very successful and enjoyable afternoon garden fete in connection with the Church of England Waifs and Strays Society was held on Thursday last in the beautiful grounds of Bayworth Manor, at Sunningwell near Abingdon. Mr Harrison Hill gave an entertainment of humorous recitals and piano playing variations.

At the Abingdon Church Girl’s School prizegiving last week Mrs Bailie of Caldecott House distributed the prizes, and also gave a selection of books to the school library. The Bishop’s Prize was won by F. Lay and for perfect attendance for the year by Mary and Mabel Woodley, V. Joyce, C. Wheeler, H. Plowman and R. Belcher.

Certificates of having passed in the local examination of the Royal College of Music have been won by Eunice A Chivers and Norah Faulkner of Abingdon. 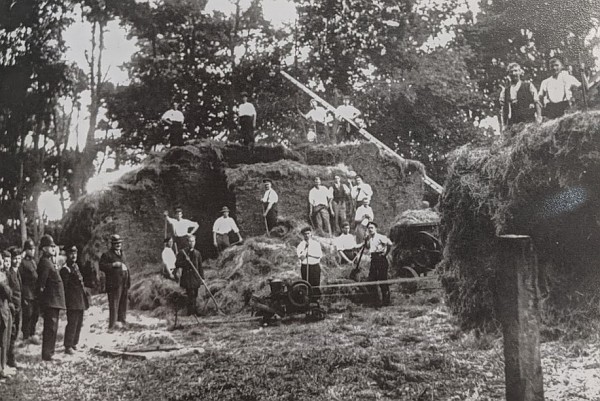 The supplies of Abingdon cattle market on Monday last included 16 fat and 12 store beasts, 71 calves, 272 fat sheep and lambs, and 92 fat and store pigs. Brisker trade prevailed than of late and prices were of a- firm tendency.

The Abingdon Young Helpers’ League for helping the Barnardo’s Homes have collected by boxes the sum of £11 during the past year. The annual meeting was held in the Mill Gardens, tea and games being provided.

‘People one would hardly think would go and live in workhouse are asking for married couples’ quarters at Oxford Workhouse,’ said Counsellor Ludlow, a Labour member, at the council meeting on Friday. No fewer than 24 applications for these quarters had been received, it was said. It was added, however, that this accommodation was being reserved for those evicted from insanitary properties.

The Bishop of Reading, for many years resident at the Abbey, Abingdon, and now living at Bournemouth, was the recipient of many hearty congratulations on entering his 94th year on Thursday in last week.

A musical treat was give at the Abingdon Baptist Chapel, Oak Street, last week, by Miss Coxeter, late of Abingdon, who was visiting her friends. The talented lady gave a much appreciated organ recital, and Miss Sheldon-Peach and Mr E. B. Coxeter, gave interspersed sacred solos in fine style. The recital was given in aid of the funds of the Baptist Church.

The Abingdon Flower Show and Fete took place on Thursday in last week in the grounds of Caldecott House, lent by Mrs Bailie, who also threw open the beautifully kept gardens. The entries for the show numbered upwards 400, which was considered good considering the drought. There were also a large number of exhibits not for competition. A bee-keeping demonstration was given by Mr Heeps, Berks County Council Expert. The South Berks Silver Band was engaged. The side shows consisted of concerts by “The Cheerios,” competitions, fancy dress parade, May-pole dances by Elementary School Children, etc. The attendance was good especially in the evening. 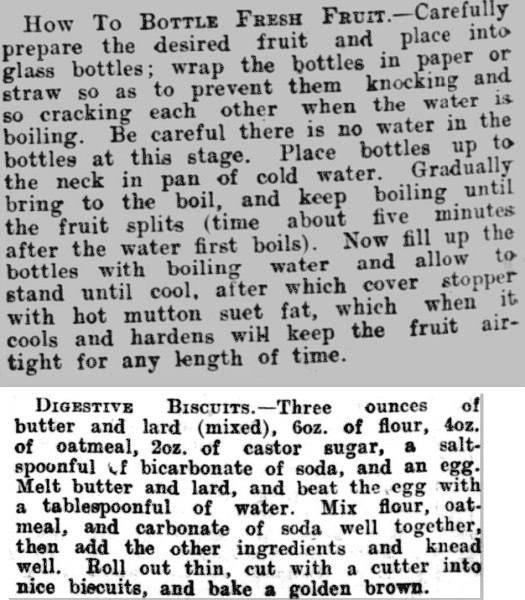 The only case at the Borough Police Court on Tuesday was that of Michael Hennesey, of no fixed abode, who pleaded guilty to breaking a window in a cottage in the Abbey, and for assaulting P.O. Goodenough at the same time and place. Defendant was sentenced to one month’s hard labour on each count to run concurrently.

The Abingdon Branch of the Y.M.C.A. held an evening garden party on Thursday last, in the grounds of the Warren, Radley Road, the residence of Sir George and Lady Mary Dashwood. There was a good attendance, and the programme included tennis, clock golf, bowling and a capital concert. A very pleasant evening closed with the National Anthem.

The cook at the Abingdon Workhouse, who had resigned, has now consented to stay on at a salary of £45 per annum, and to this the Board has agreed.

A lad named Carter, of Winsmore Lane, Abingdon, was pluckily rescued from drowning last week by Harry Warrwick, of 10, Margott’s Road, Abingdon. The lad fell from a wall near the canal into the river, and was in imminent peril of being drowned when his rescuer promptly jumped in fully dressed and saved him.

The Abingdon Lawn Tennis Tournament was revived this year, and the rounds and finals occupied four days. The attendance of spectators was very meagre, but the entries were good.