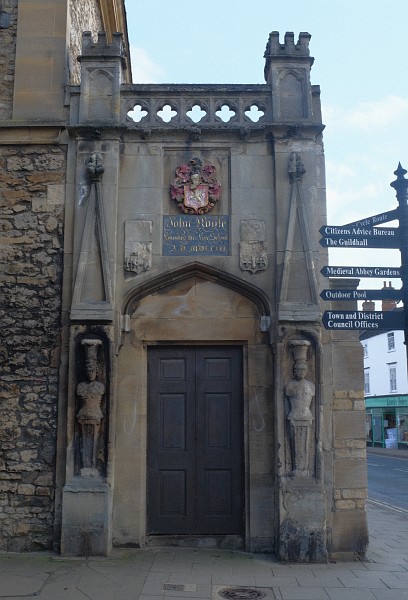 The Gothic Gateway that once led to the yard of Roysse School has a coat of arms for John Roysse. 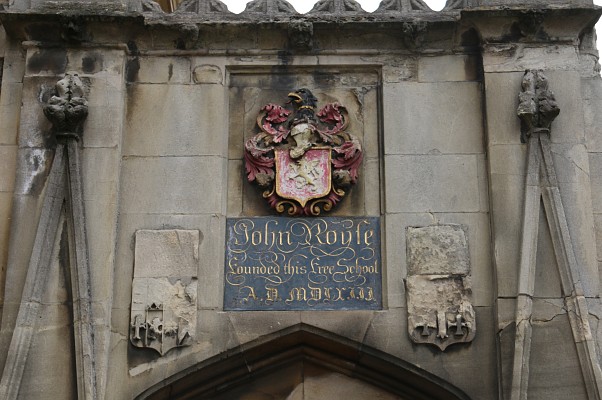 The other two coat of arms have only partly survived. The Borough of Abingdon arms are still recognizable to the right.

On a photo by Henry Taunt, the other coat of arms can be seen more clearly with the date MDCCCX1 (1811). It is for the Earl of Abingdon.

According to Agnes Baker, the 5th Earl of Abingdon gave £100 towards building the gateway. Accounts show the gateway was made by local craftsmen for £99. 10. 11½. The Earl’s arms were added in gratitude. Borough and school also contributed to school improvements in 1811. 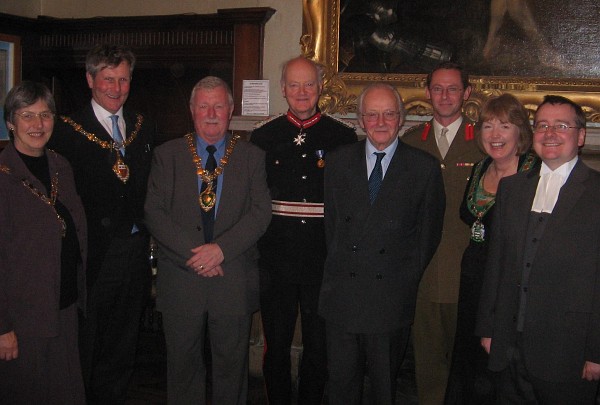 The current Earl of Abingdon (the 9th) was born in 1931 and I took this picture during a visit to Abingdon during 2006 (450th Charter Anniversary). Peter Green was the Mayor of Abingdon at the time. The Earl of Abingdon is next to Peter (in the double breasted suit).