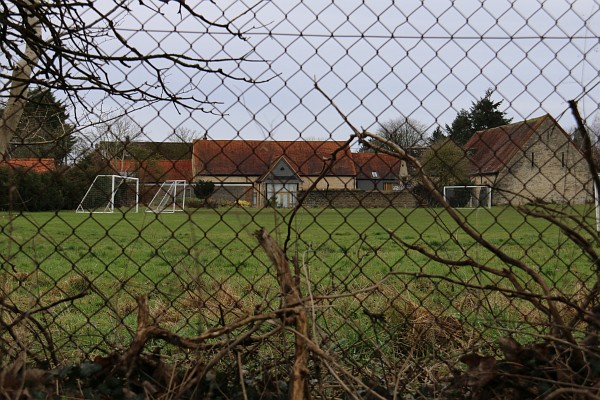 On 28th October 2019 the Vale of White Horse District Council rejected a plan to build flats on a former cricket ground, now used for youth football and training.

The plan was rejected  because the proposed development of a three-storey building comprising 9 residential apartments would result in:
* an unacceptable loss of playing field
* the unacceptable erosion of an important open space within the Northcourt Conservation Area (it would block the view shown above from Northcourt Lane). 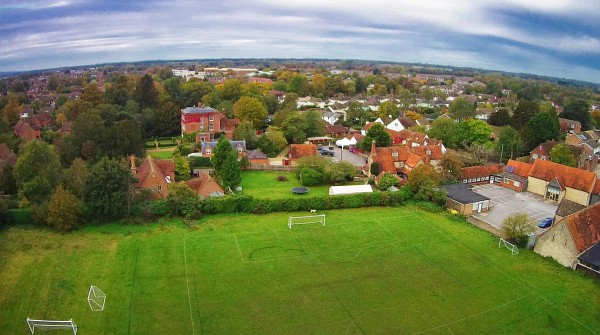 Abingdon Vale Cricket Club have appealed against the council’s decision and because of the pandemic it has taken time for the appeal to be heard.

The sale of some of this land for flats would help them with their club development plan, and help improve facilities at Hale’s Meadow. 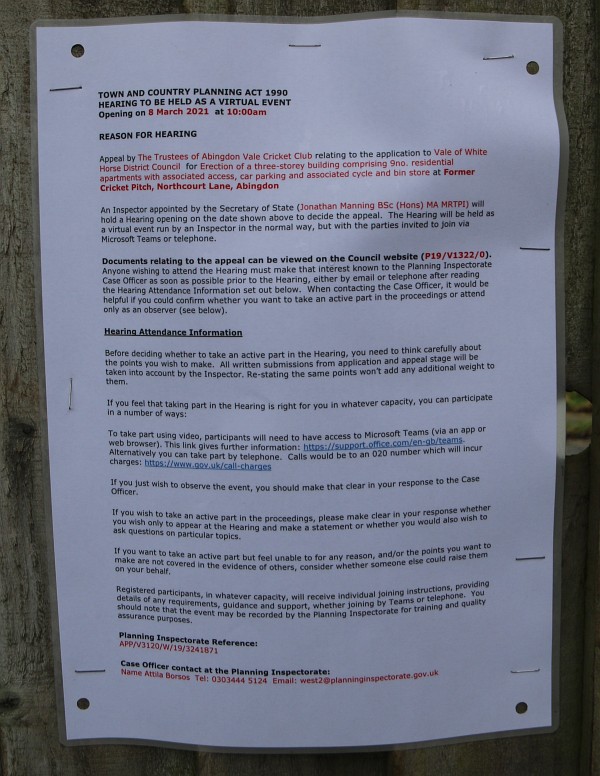 The appeal will be heard by a government planning inspector as a virtual event starting on 8th March 2021.

Helen Flynn has launched a petition before that hearing to ‘Save Abingdon Juniors’ Football Pitch & Historic Conservation Area’ at https://www.change.org/p/abingdon-vale-cricket-club-stop-new-build-in-protected-historical-area. She is looking for public support.