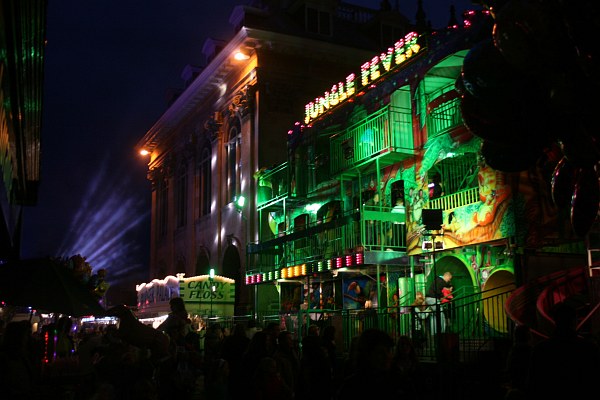 There was a four hour Town Council meeting last night where, after much debate, it was decided ‘with sorrow’ that the 2020 Michaelmas and Runaway Fairs would be cancelled.

There were representatives of Bob Wilson Funfairs Ltd at the meeting. Council staff took advice from the Showmen’s Guild, the police and other authorities. It was decided that the anticipated size of the crowd and the risk that poses to public health meant they must follow the requirements of the Coronavirus Act 2020 and cancel the fairs.

Only smaller fairs like the Steventon on the Green fair (3 miles from Abingdon), carry on. That was just last week.

The Abingdon Michaelmas and Runaway Fairs had their origins in another pandemic – the Black Death of 1348/9 which led to a labour shortage. The authorities of 1350 (King, Barons, Abbotts and Sheriffs) were faced with the problem of a labour shortages and wage inflation and decided to regulate wages through annual hiring fairs. That carried on until the nineteenth century.

After the industrial revolution such wage-setting / hiring fairs evolved into the fun fairs that we know.

I do not know the last time the Abingdon Michaelmas Fair did not go ahead. During World War II a single stall was set up on Abingdon Market Place to ensure the fair could continue after the war should any legal challenge arise. There have always been voices wanting the annual fair moved out of town.

The Mayor of Abingdon, Cllr Charlie Birks, said: ‘… All parties worked hard to see if the Fairs could proceed but we have come to the reluctant conclusion that we had to cancel this year. We hope the Fairs return to their rightful place in 2021.’

3 thoughts on “Due to coronavirus, Abingdon Michaelmas Fair is cancelled for 2020”