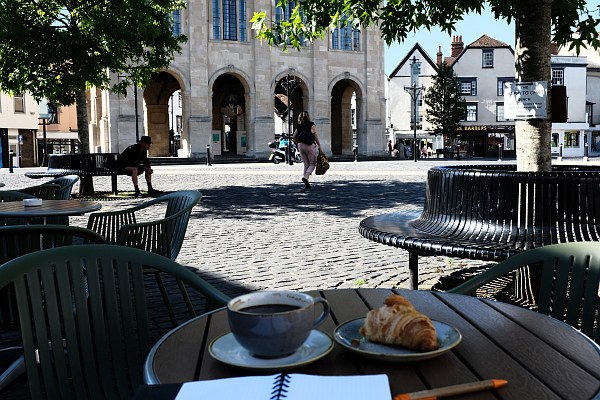 Today I had my first coffee and croissant on Abingdon Market Place since the start of the lockdown. When I sat down, the outside seats at R&R, Costa, and Throwing Buns were in sun; and the seats at Java were in shade. 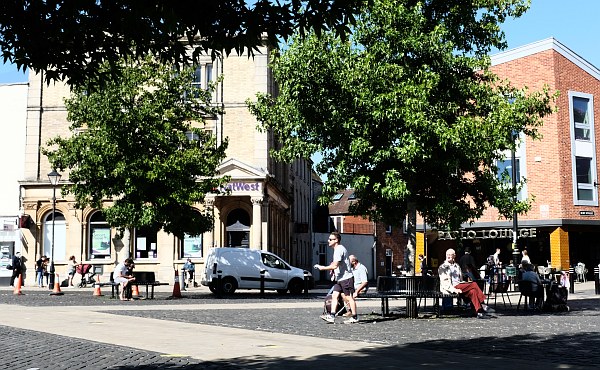 I noticed the usual queue outside the National Westminster Bank – a very popular bank. Pablos Lounge have reopened this week. 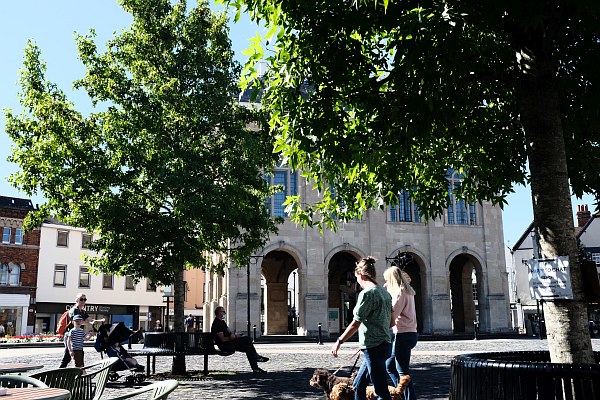 I started a survey of face masks to see what was the most popular colour: 3 blue, 1 pink, 1 black and counting … then noticed a man with a Black Sabbath T Shirt taking a selfie in front Abingdon County Hall Museum. 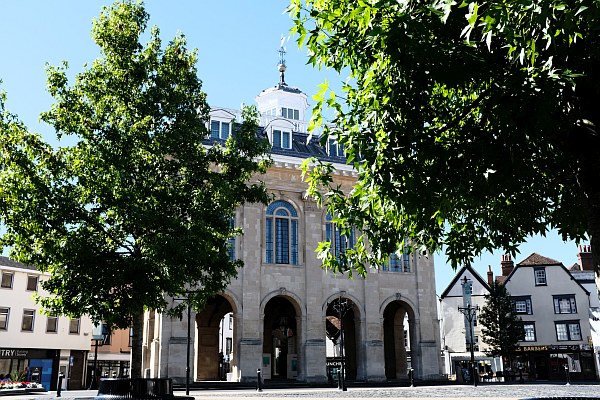 The doors of the museum appeared to be open but, looking later, I discovered that was only the outer doors. In the interim, the museum are publishing some lovely pictures of exhibits on Abingdon Museum on Instagram.

I flicked through a book, purchased at the British Heart Foundation, and edited by John Betjeman and John Piper, called ‘Murray’s Berkshire Architectural Guide‘

At one point it says, ‘Despite the fact that the huge industrial city of Oxford is only six miles away, Abingdon remains resolutely Berkshire. Not even the presence of the MG motor works and a large, noisy aerodrome kills the essentially market and country quality of this meadow-set, river-bordered, old brick town.’